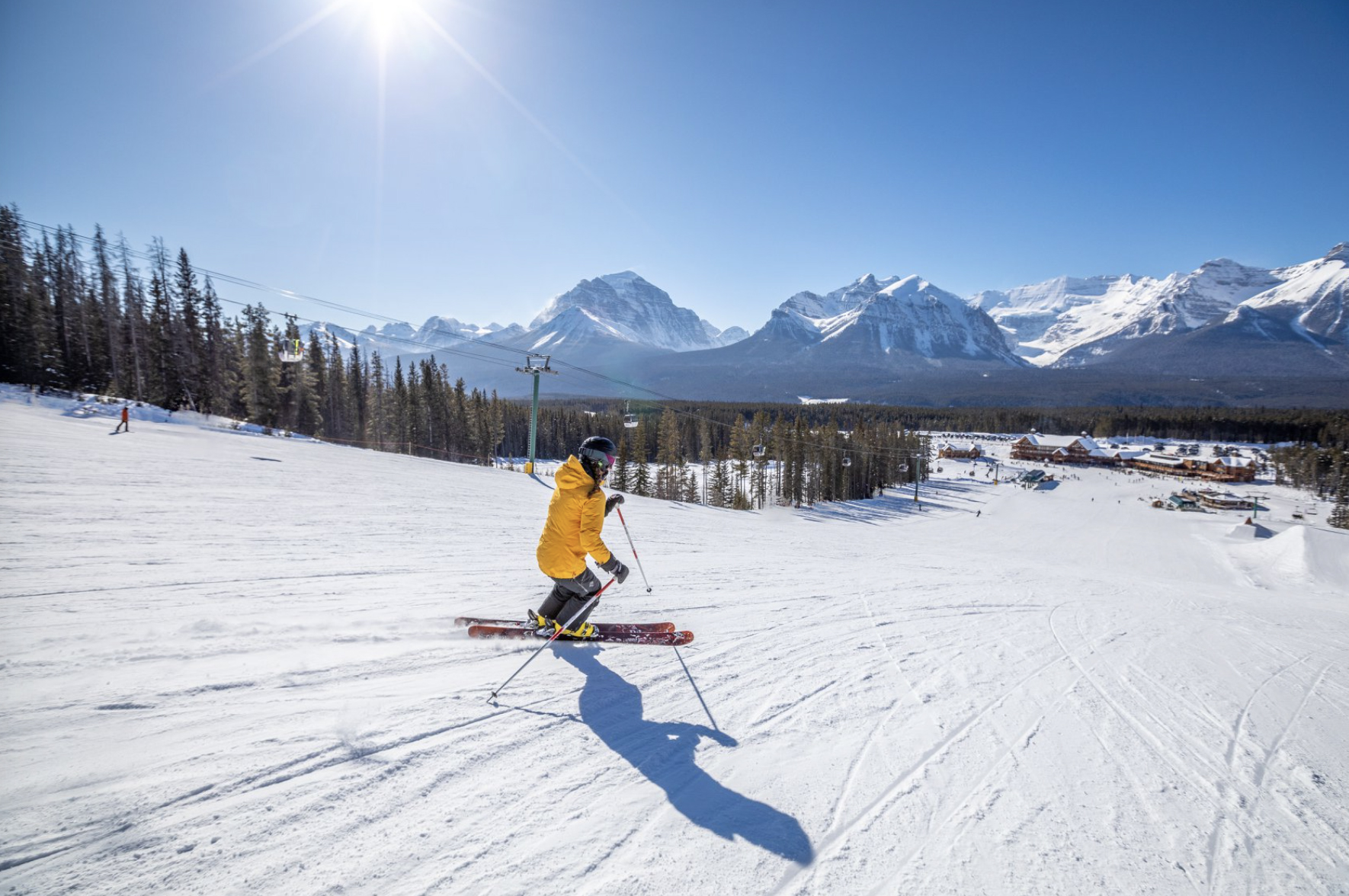 Thursday, October 29th, was the seasons opening day at Lake Louise. This is Lake Louise’s earliest opening day ever for spinning lifts and welcoming back skiers for the start of the 2020/2021 season. Last weekend Mt. Norquay Banff opened for their earliest season kick-off in their 95 year history and the first to open in Canada for the 2020-2021 season!

Lake Louise has a new Summit quad Doppelmayr chairlift this season. It will run in a new alignment from Top of the World to Mt. Whitehorn. That means a lap will in West Bowl will require three lift rides: Glacier Express or Grizzly Express, Top of the World and Summit. Eventually, a new Upper Juniper lift will eliminate the need for West Bowl skiers to transit the base area and ride three lifts. 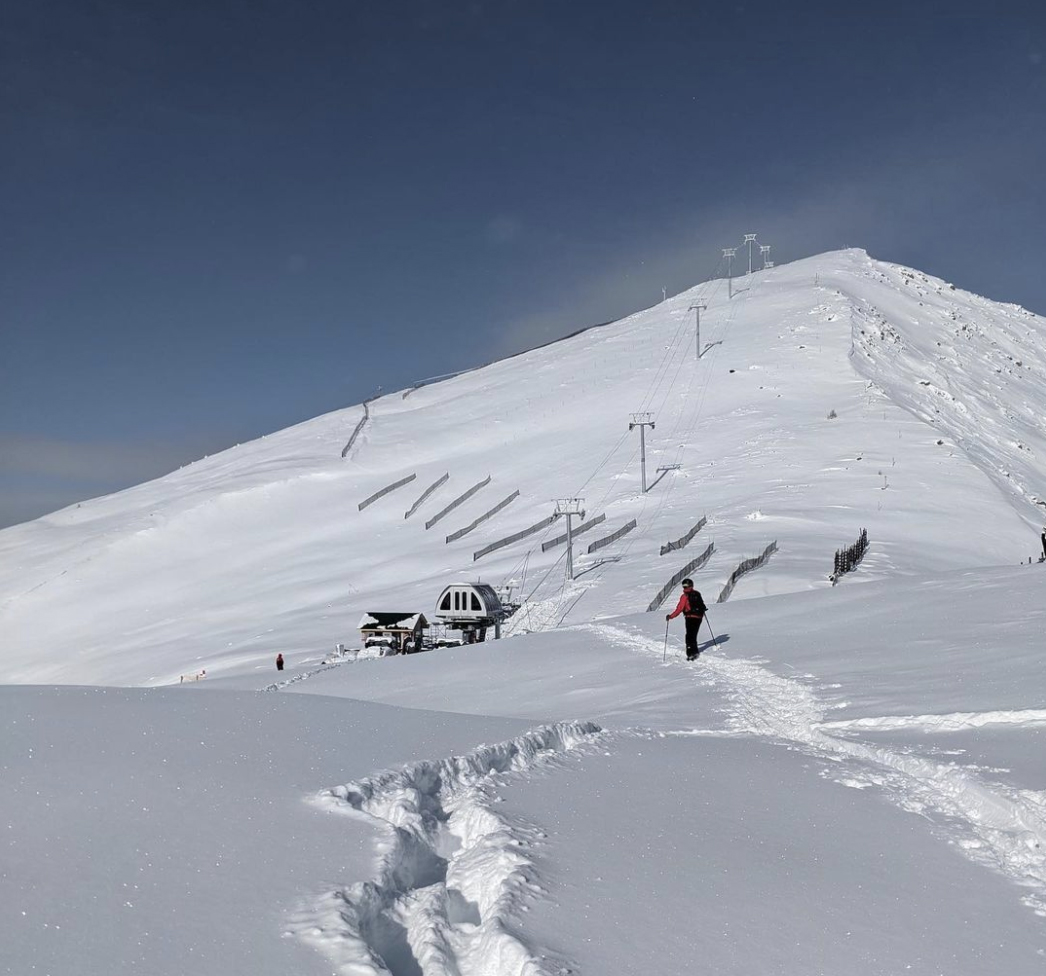 Following closures in March due to the COVID-19 pandemic, ski resorts have a host of new health measures in place to keep both staff and guests safe this winter. A face mask or cover, such as a balaclava or buff, will need to be worn while inside all facilities as well as while in line for and on lifts.

With Lake Louise and Mount Norquay Ski Resort now open, downhill enthusiasts won’t have to wait too much longer for Banff’s other popular ski attraction to open either. Banff Sunshine Village is targeting the weekend prior to Remembrance Day to open, and like its counterpart in Lake Louise, will require that a face mask be worn inside the lodges, in lineups and while riding lifts and gondolas.

The powder season has started early in Alberta’s Rockies and the BC’s resorts have been sticking to their scheduled openings in December to date. With Alberta’s early openings I predict that BC’s resorts will be opening as soon as snow conditions permit. Fernie is making snow and has coverage in the Alpine. Get your skis waxed! 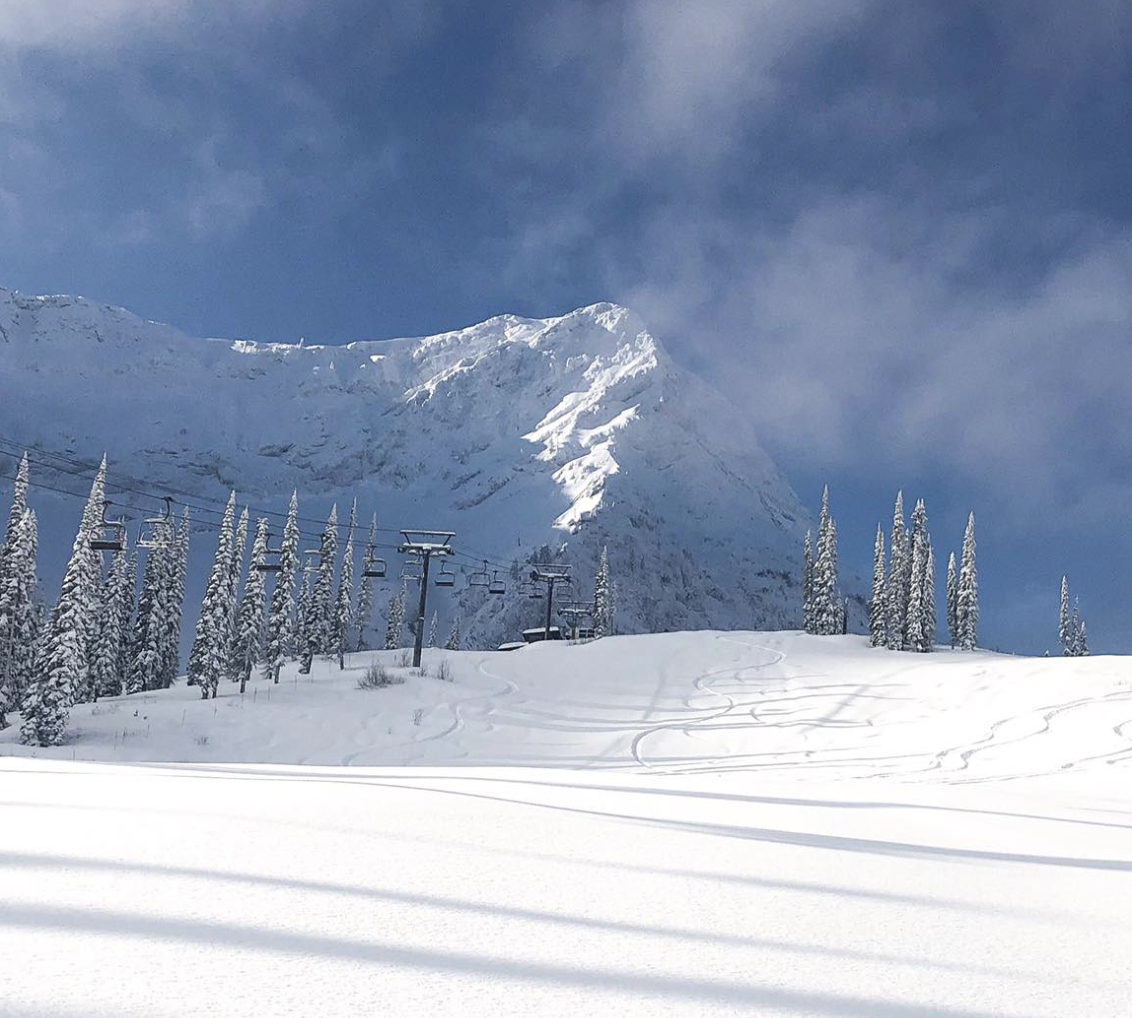