‘I instantly fell to my knees … the trauma of the last few months really, really hit home’ 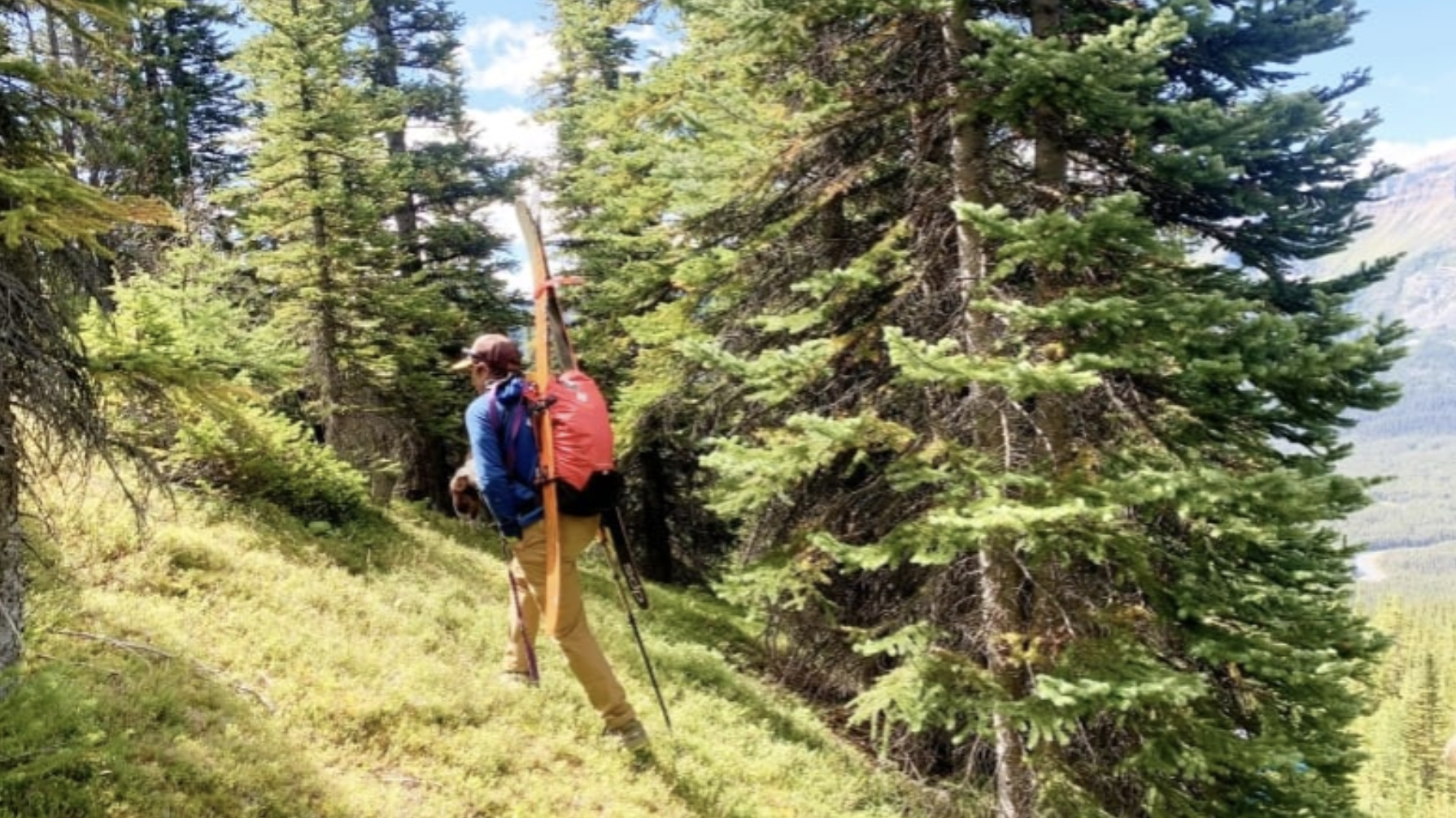 Adam Campbell was able to find some of the gear his wife left behind on Mount Hector nearly eight months ago, when an avalanche swept over her. (Adam Campbell/Twitter)

When Adam Campbell returned to the exact spot on Mount Hector in Banff National Park where his wife was buried in an avalanche nearly eight months ago, it was a different scene.

He remembers the mountainside as dark, cold, windy, tragic.

In one moment on Jan. 10, the pair were skiing with a friend. In the next, the ground beneath him was practically collapsing as he watched the snow he had been standing on barrel down the mountain right where his wife, Laura Kosakoski, had just been.

After a lot of digging, Kosakoski, who was a family doctor in Canmore, was found and airlifted from Mount Hector to Calgary but died in hospital. She was 34.

Dr. Laura Kosakoski died after being buried for over an hour in an avalanche. (Adam Campbell)

But on a sunny day last weekend, when Campbell went back, it was warm, he says. There were beautiful alpine flowers in the meadows and a stream running through.

With the snow gone, Campbell was able to find the skis, poles, gloves and goggles that Kosakoski left behind.

“I just didn’t like the idea of her gear being left around the side of the mountain, when it seems a little unseemly to have your things sort of strewn across … a pristine mountain environment,” he said.

He did his return hike with a group of friends — it is bear country after all, he says, but they also came for support.

They spotted Kosakoski’s first ski quite quickly, sitting in the creek bed, a bright orange vestige of his wife.

“I instantly fell to my knees. Just sort of the trauma of the last few months really, really hit home,” he said, adding his friend there helped.

“At that time, we were all able to sit and pay our respects to the environment and to Laura. And just to be with each other again.” 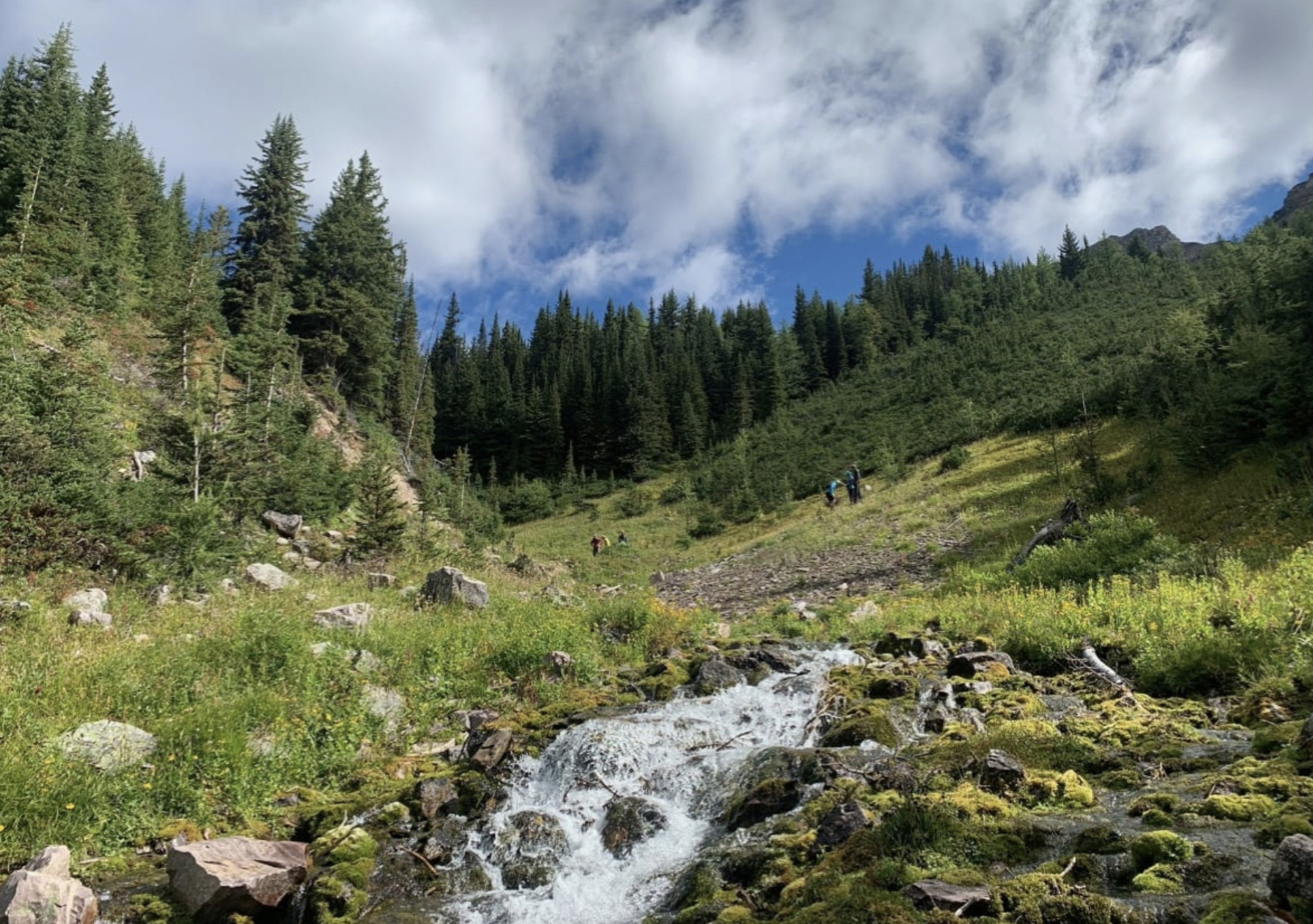 Adam Campbell says Kosakoski’s bright orange ski was spotted in a creek on Sunday during his trip back to the mountain. (Adam Campbell/Twitter)

Beautiful, but dangerous
But what Campbell also wanted was a better look at the terrain.

“The way something looks in the summer can tell you a lot about what that environment is like to sort of understand a little bit better about why the slope slid the way it did,” Campbell said.

“The more I can understand about these things, the more it helps me and hopefully maybe help others as well.”

He said he wants people, especially those exploring backcountry areas, to understand how unpredictable, and at times, unforgiving the mountains can be — even if you’re well trained, like they were.

The pair had attained the highest level of non-professional avalanche training, and on that day, they were out skiing recreational with their friend who happens to be a guide. Campbell, who lives in Canmore, is also a professional ultra-marathon runner and a member of Canada’s ski mountaineering team.

He says with the increase in backcountry activity he’s seen over the summer and winter, he wants people to be reminded that it can be a very dangerous place. 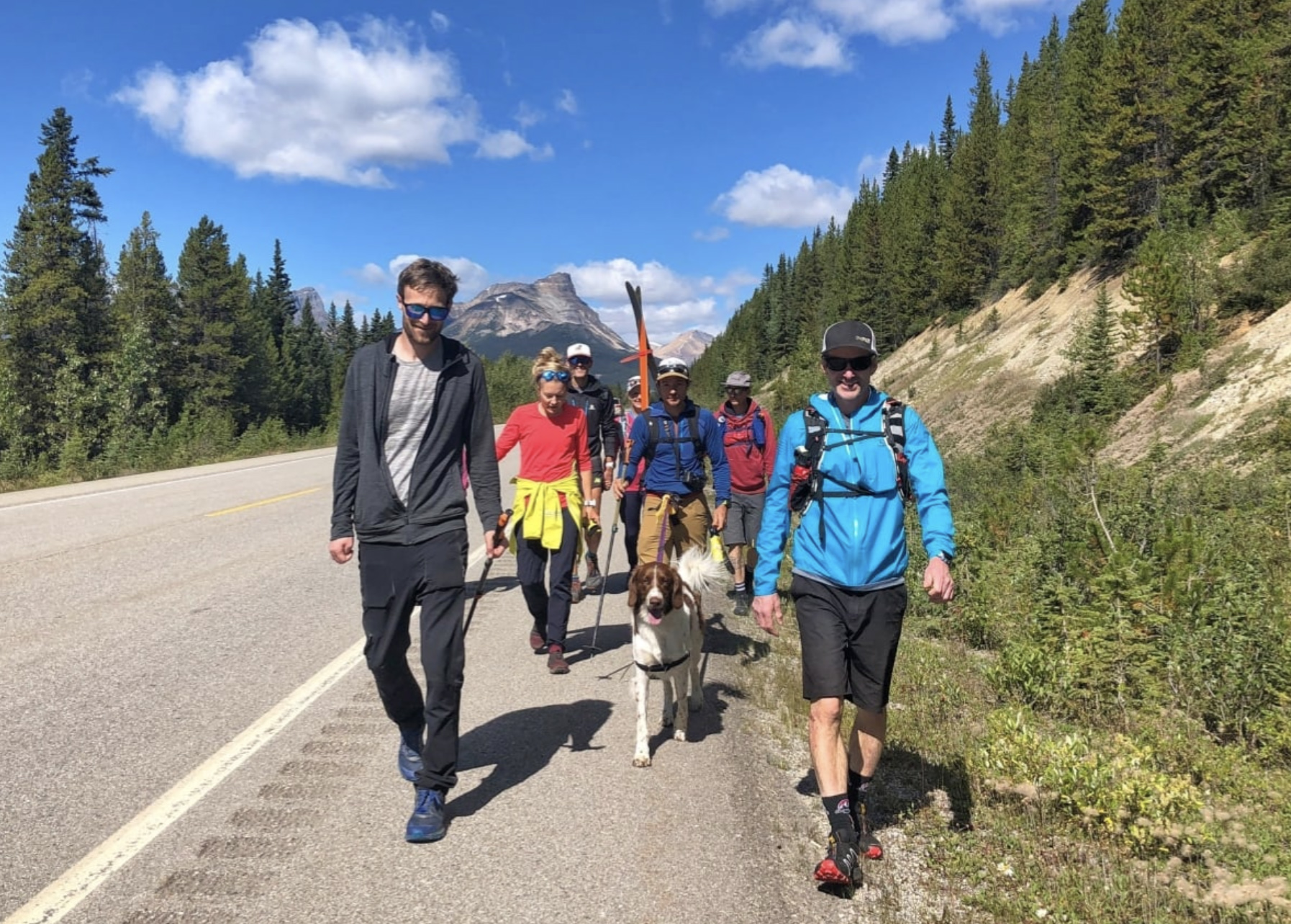 Campbell was joined by friends on Sunday, when he returned to Mount Hector, about 25 kilometres northwest of Lake Louise. (Adam Campbell/Twitter)

He encourages people to get as much knowledge about the mountains as possible, including taking avalanche and first aid courses. He also says to check the weather report before going.

“They change so much from day to day,” he said, adding the couple had done all of those steps before going skiing that day.

Back in February, he wrote an accident report about what happened that day, in the hope of saving others from what he described as the horror he, family, friends and first responders endured.

Campbell also took to social to spread awareness of mountain safety by posting personal experiences he has had in the mountains and the lessons to be learned.

“[The mountains are] a place that you also need to respect, they don’t really care too much about your experience level,” he told the Calgary Eyeopener.

“A beautiful environment but a dangerous one.” 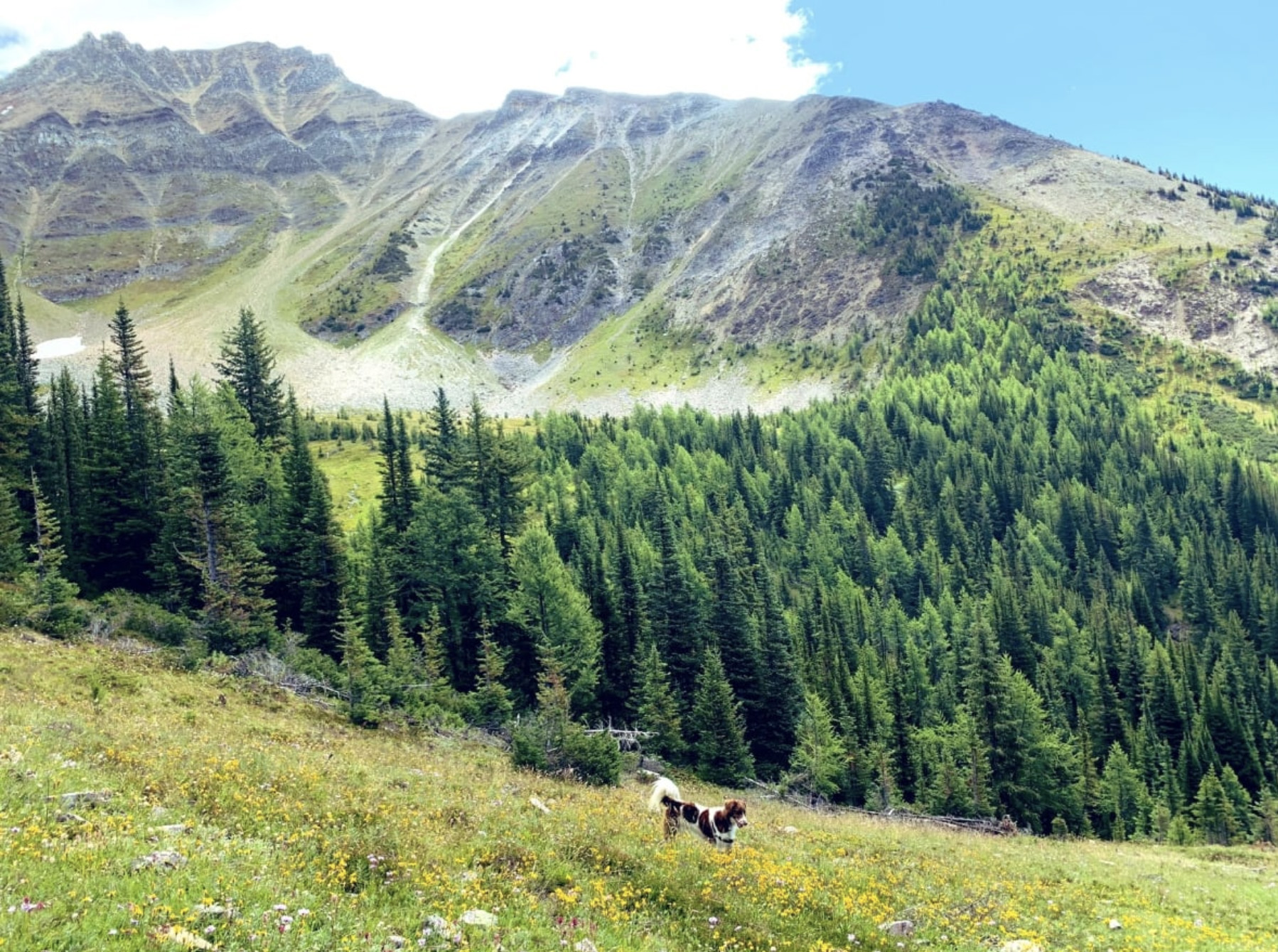 Campbell says he immediately fell to his knees when the group found Kosakoski’s gear Sunday on Mount Hector. He says the trauma from the last few months ‘really hit home.’ (Adam Campbell/Twitter)

The return
Campbell says he’s glad he went back to the site, even though at first he didn’t feel a calling for the mountains.

“I do get a lot of my sort of strength and energy from being out in nature,” he said.

“I am quite spiritual, and just being outside and looking at beautiful moments and just seeing Laura … it helped quite a bit.”

Especially so, he says, given the strange year it’s been, with the COVID-19 pandemic that hit soon after her death.

He says it’s fortunate that Canmore is a strong community, but he says he still did go through a long period of isolation.

He was alone at home, which he says didn’t help. But people stopped by and brought him food, checked in on him.

Over the past few months, he says, Kosakoski would have been his source of information and would have helped the community through this confusing period the pandemic has brought on.

“To be able to sit and reflect on that with people, I think, after the year that a lot of people have gone through, was also powerful,” he said, adding he’s still dealing with and processing everything.

Now, he’ll at least have a new, warmer memory of the mountain.

“To go back in the summertime … with the seasons changing,” he said, “it completely changed the nature of this space.”