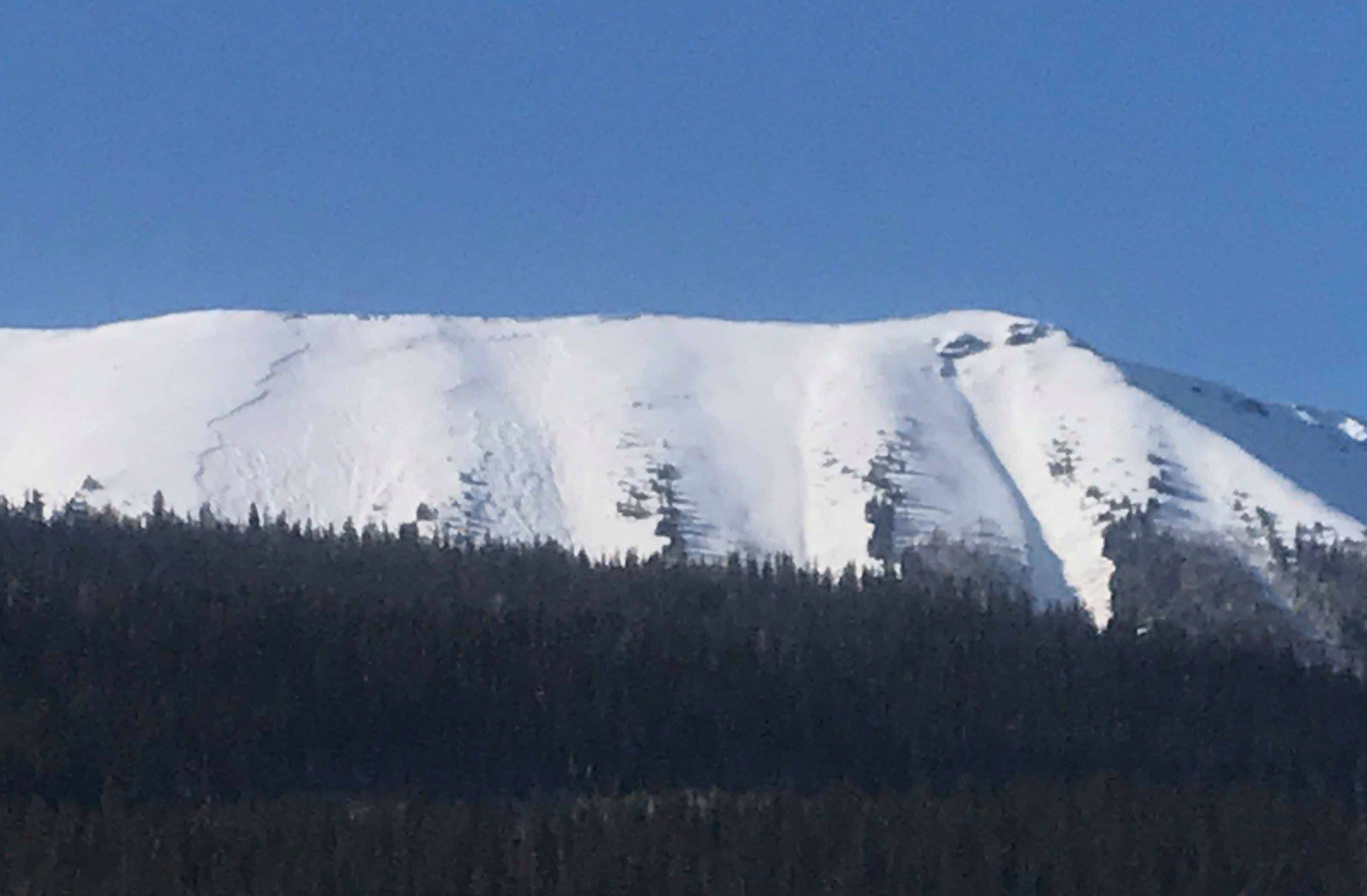 Kananaskis Country Public Safety Section has announced that the winter avalanche season is officially here. They had a surprisingly large avalanche occur within the this past week. The October 26th melt/freeze crust is the sliding surface for this size 2.5 (possibly bigger–they couldn’t see the debris deposit) avalanche. Needless to say, they were very surprised to see it and their hopes for a forgiving early season snowpack disappeared instantly. Instead, they have a complex snowpack that will be very unpredictable.

As the snowpack builds, this crust and associated facets/depth hoar is very delicate and extremely sensitive to triggering. This problem is considered a “deep persistent” layer (based on it being near the bottom of the snowpack- the actual snowpack depth is irrelevant), and as such, expect it to linger for some time.

Take care out there, and be patient. No need to push big terrain until the snowpack builds and hopefully heals. 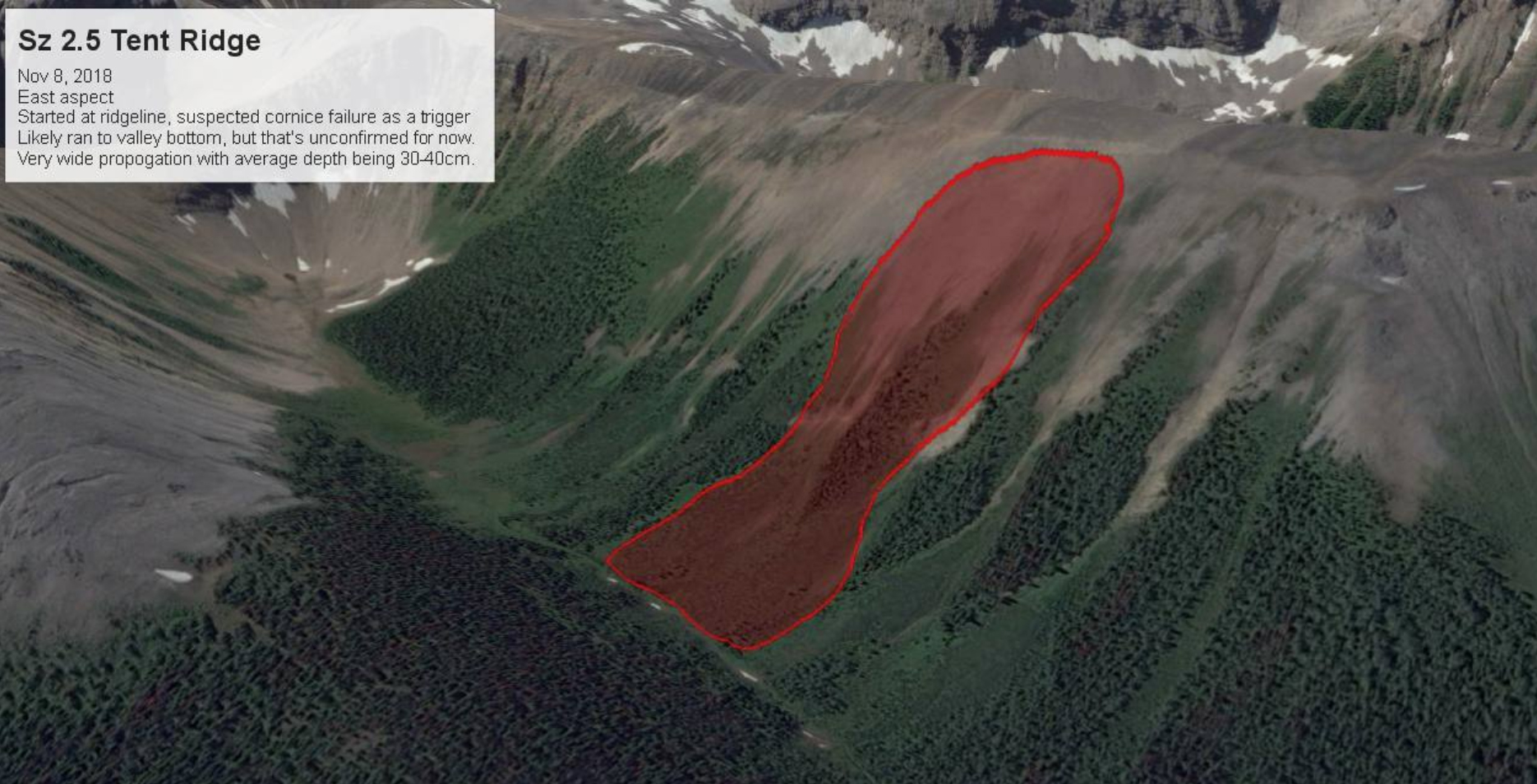 Avalanche specifics are labeled on the photo.