On Christmas Eve, there was an interesting avalanche that occurred on Mount Fernie, just outside Fernie BC. This has got us talking in the forecaster office-I’ll try to explain why.

The avalanche in question stepped down from a small pocket of shallow (10 cm) wind slab that was triggered intentionally by a skier, to release a large (size 2.5) slab avalanche that was big enough to destroy several trees. The bed surface was one of two crusts present in the snowpack at that location, most likely the lower crust that formed at the beginning of November. 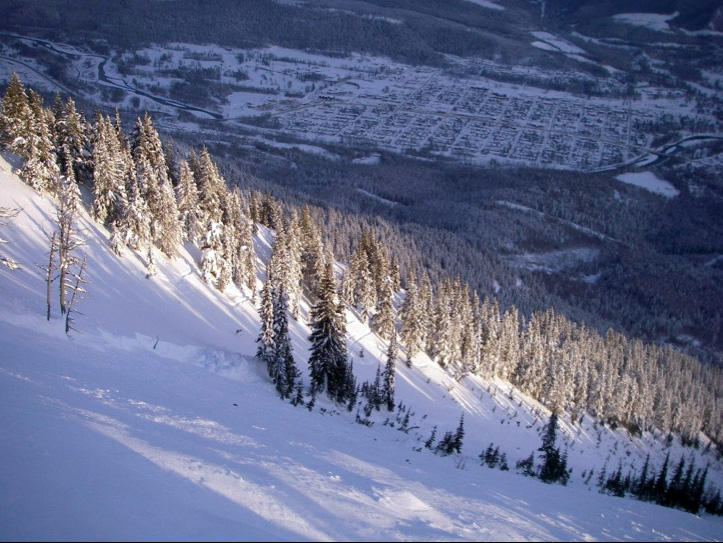 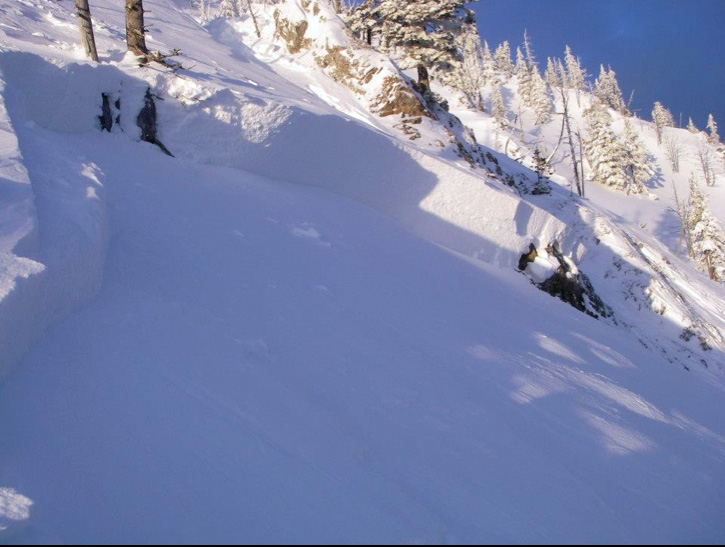 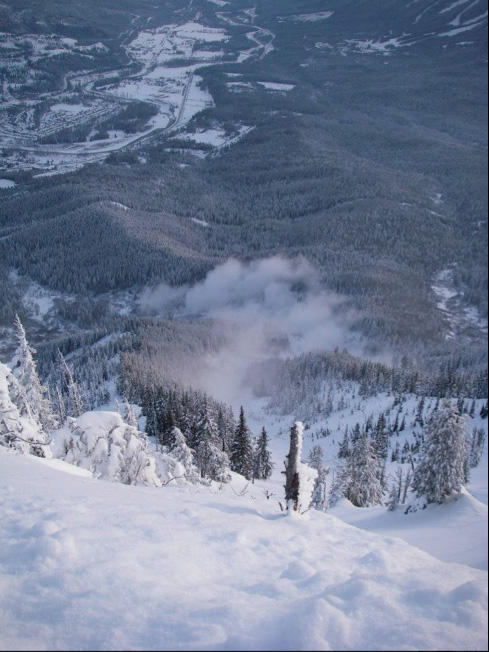 The main thrust of the discussion has been over what kind of avalanche problems this points to (as opposed to over danger ratings, which were considerable in the alpine and moderate at treeline for the South Rockies for that day). Avalanches problems for the South Rockies were listed as “Storm Slab” and “Loose Dry”. However, the avalanche above points to a deeper snowpack problem that could be labelled as a “Deep Persistent Slab” problem.

So, should we ring the bell as a result of this incident and start talking about Deep Persistent Slab and the possibility of large, destructive releases? As has been demonstrated, the potential is there. There are crusts in the snowpack to act as a sliding layer and likely sugary facets next to the crust in places. There is a cohesive slab in the upper snowpack, caused by the settling of the storm snow and recent strong winds.

However, at this point in time, there has been very little other evidence this problem is more than an anomalous event, formed by a magic combination of localized snowpack (wind effect near ridge, facets near rocks and above the crust) and terrain factors (southern aspect, shallow rocky terrain) and a perfect trigger point. People have been riding hard in the backcountry and this is the only event in the last week that can be firmly attributable to releasing on one of the lower crusts. While we acknowledge this kind of event is possible, we potentially do bulletin users a disservice if we constantly warn of imminent danger, when in actual reality, the possibility of such an incident is extremely low.

Of course, there is the possibility this event points to an emerging trend. If this is the case, then this event might just serve as a precursor warning for similar events in the future. You can bet we’ve been scratching our heads pretty hard and asking around to see whether we think this is the case. At this point in time, we do not believe it does. We are still comfortable with the analysis that paints the lower crust as an isolated, stubborn problem that is generally difficult to trigger and only triggerable in very specific locations.

So for now, we’re keeping the Deep Persistent Slab problem out of the South Rockies and Lizard Range bulletins. If you’re smart though, you’ll have read the snowpack description that points to this potential combination and you’ll keep it at the back of your mind. And you’ll avoid shallow, rocky, steep terrain, where facet/crust combinations are most easily triggered.

You should also think about the notion of residual risk. This is the chance of an unexpected, surprise event happening, despite best attempts at analysing all the various risk factors involved. We manage residual risk by sticking to good travel habits: riding one at a time through avalanche terrain, thinking about escape routes that channel us away from the main body of a potential avalanche, always carrying a transceiver, probe and shovel and knowing how to use them, regrouping in safe spots well away from runout zones, having good communication strategies… the list goes on. We can’t eliminate all aspects of risk from our sport, but with thought, preparation and good current knowledge of the snowpack, we can bring the risk down to an acceptably low level.