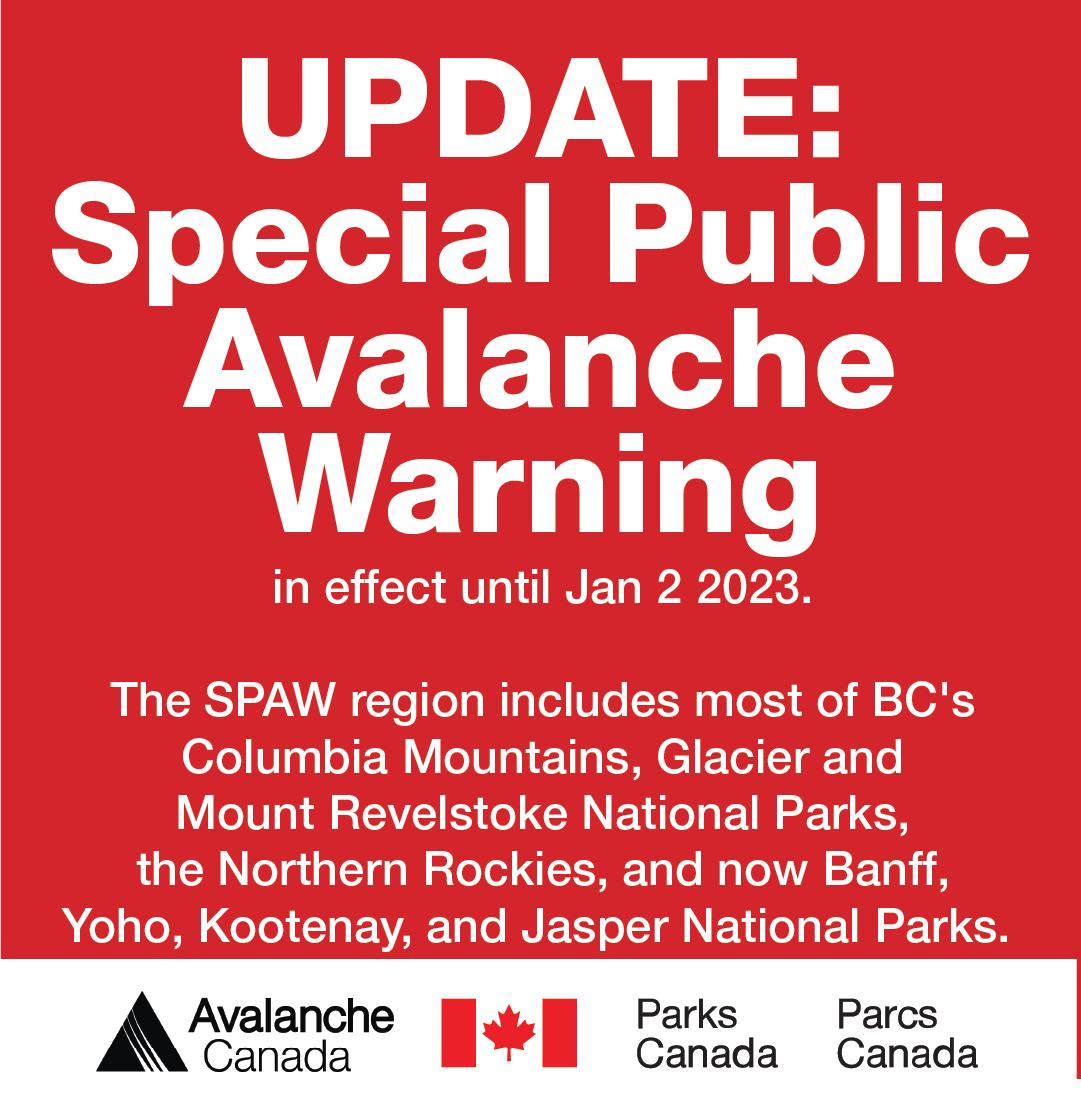 Avalanche Canada has issued a Special Public Avalanche Warning (SPAW) in effect for December 28 until the end of Monday, January 2.

The SPAW region includes most of BC’s Columbia Mountains, Glacier and Mount Revelstoke National Parks, as well as the Northern Rockies. It now also includes Banff, Yoho, Kootenay and Jasper National Parks. The SPAW extends from the southern boundaries of the Purcell Wilderness Conservancy and Kokanee and Valhalla Provincial Parks to Williston Lake north of Pine Pass and Mackenzie. 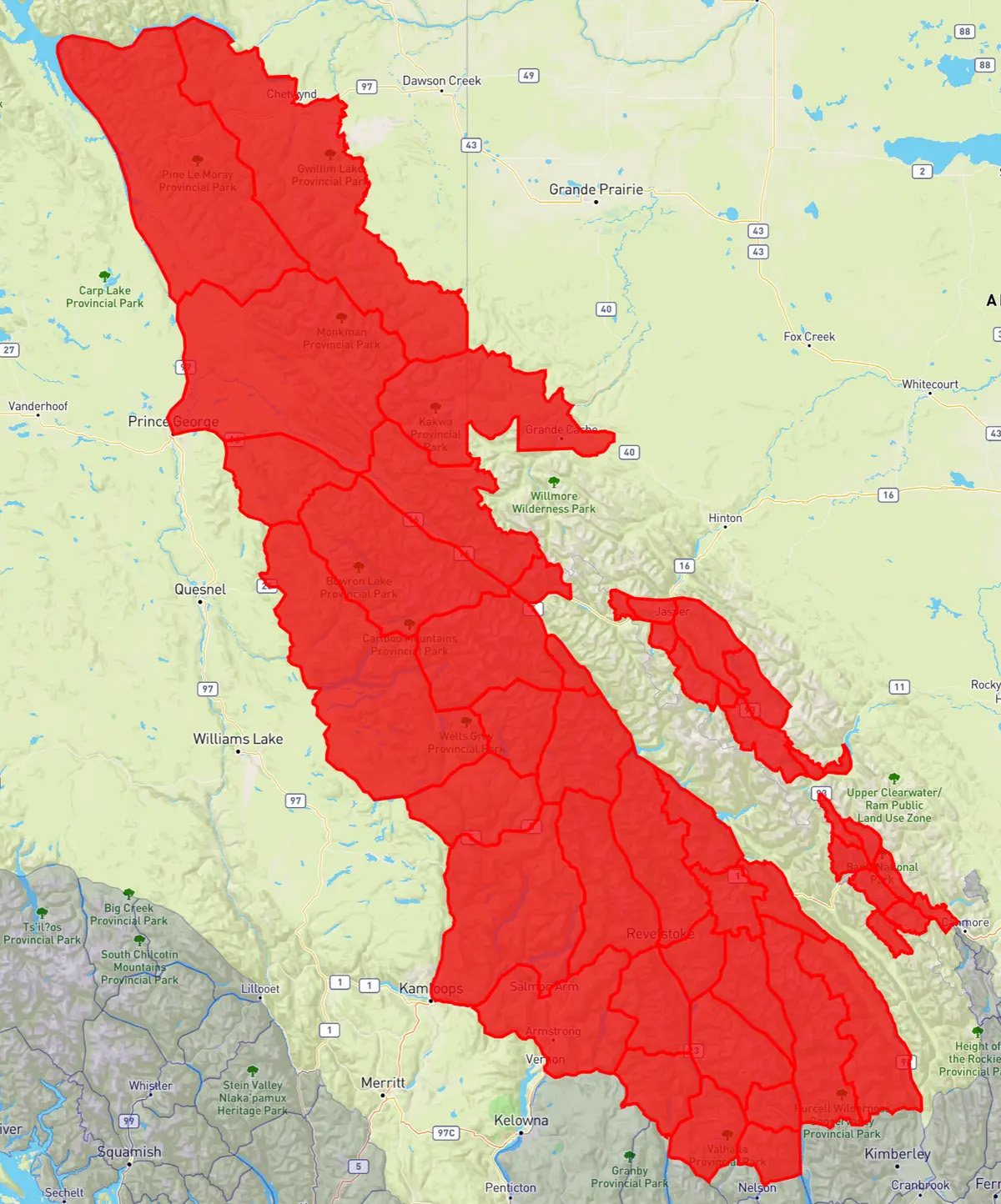 The recent storm and subsequent weather conditions have destabilized a weak snowpack.

A prolonged cold and dry start to the winter created a number of persistent weak layers in the snowpack across the interior ranges of BC. The recent storm and warming temperatures have now destabilized that weak snowpack, making large, human-triggered avalanches likely.

The storm cycles that hit western Canada over the past weekend added significant snow on top of an exceptionally weak lower snowpack. This has brought the conditions to a tipping point where dangerous avalanches are likely.

While avalanche danger ratings may start to decrease as the weather improves, there will still be a chance of triggering a large avalanche.

Making conservative terrain choices can help manage this risk. Sticking to lower angle slopes and choosing smaller objectives that minimize the consequences of an avalanche are examples of how to reduce the risk.