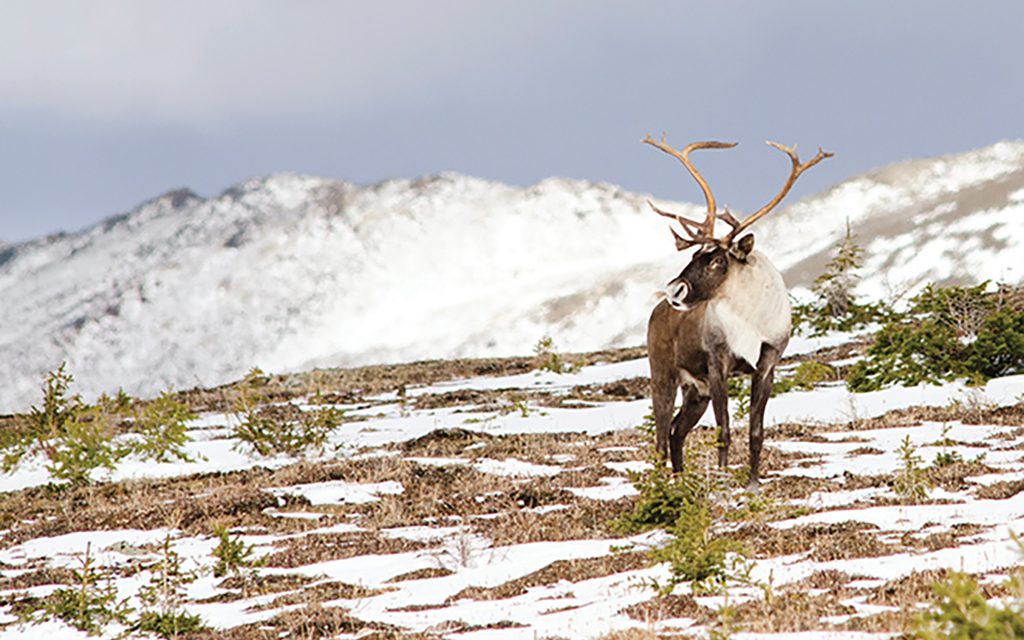 Three backcountry skiers must pay a steep price for their trespass into Winston Churchill Traverse earlier this year. The area was in the middle of a seasonal closure to protect caribou habitat. | Parks Canada/L.Neufeld photo

Seasonal closures mean seasonal closures, as three interloping backcountry skiers recently came to appreciate when they were charged for trespassing in a protected area.

The April 2022 incident saw the three documented as having spent four days of ski travel and camping without a backcountry camping permit inside the Winston Churchill Traverse, approximately 20 kilometres into the caribou winter habitat area closure.

The seasonal closure in all of Jasper’s caribou ranges had been in place since November 1, 2021, with an end date of May 15, 2022, in an effort to prevent the creation of packed snow trails from the valley bottom to high-elevation areas.

The three herds of caribou remaining in Jasper National Park are small, endangered and especially vulnerable to predators and avalanches.

“Their ski tracks may not only have been used by wolves to gain access to the caribou population, but may also have encouraged others to attempt the same route,” read a statement from Parks Canada.

Park wardens charged each of the backcountry skiers under section 7(1) of the National Parks General Regulations. Area closures are used in Parks Canada places to protect wildlife and flora and for visitor safety considerations.

“When someone breaches an area closure, they may be putting themselves and wildlife in danger,” the Parks Canada statement read.

The three individuals pleaded guilty and were fined $2,500 each during a court appearance on November 24.

Anyone charged with violating the Canada National Parks Act are subject to a court appearance in Jasper and may be fined up to $25,000. More information can be found in the regulations found on the website for Jasper National Park.

Parks Canada encourages those seeking outdoor adventure to research their route in advance, check for closures on the important bulletins section of the Jasper National Park webpage, and obtain all relevant permits before departing on any adventure.

Those who witness concerning activity are encouraged to record and report the incident to Parks Canada Dispatch at 780-852-6155. They are also encouraged to take photos and record details of incidents including time of day, location, description and vehicle licence plates if it is safe to do so.