Grant Statham to receive the 2022 Summit of Excellence Award

The Banff Centre Mountain Film and Book Festival has announced that Grant Statham is the 2022 recipient of the Summit of Excellence Award.

As a young ACMG mountain guide at the age of 24, Statham worked his first 16 years in the outdoor industry ski patrolling, guiding rock, ice and alpine climbing, ski touring, helicopter skiing, expedition climbing, teaching avalanche courses, and working as an avalanche consultant. Beginning in 2003, Statham has been guiding part-time and working for Parks Canada, first as their Avalanche and Mountain Risk Specialist, and since 2013 as a Visitor Safety Specialist where he often has to climb or access extremely difficult routes via a helicopter sling to rescue those in peril.

Statham has taken on the role of post-incident liaison with family members, along with developing first responder mental health programs for Banff National Park. In 2019, Statham was part of a team that led the difficult search and recovery operations on Howse Peak where Jess Roskelley, David Lama, and Hansjörg Auer tragically died attempting a second ascent of the route, M16. For this work he was awarded the CEO’s Award of Excellence by Parks Canada.

Statham is perhaps most recognized as a pioneer and leader in avalanche safety. Following the tragic avalanche deaths of 2003 at Roger’s Pass, he was responsible for conducting Parks Canada’s Backcountry Avalanche Risk Review and he subsequently developed and implemented the polices and regulations around Custodial Groups in the National Parks. At the same time, he led the development of the Avalanche Terrain Exposure Scale, North American Public Avalanche Danger Scale, Conceptual Model of Avalanche Hazard, and the AvalX public forecasting system, the main tools and resources still used by avalanche forecasters and in public avalanche bulletins in Canada and worldwide.

He helped found Avalanche Canada, has been an Adjunct Professor since 2016 at Simon Fraser University, and an alpine risk management consultant since 2013. He is the author of dozens of papers, conference proceedings and articles on the subject of avalanches, risk, and snow safety.

Statham continues to work as an avalanche risk advisor with all levels of government and the private sector, having written many consultancy reports in Canada as well as New Zealand, Sweden, Norway, and Japan. Statham has written expert reports to legal and investigative teams in military, public and private sector incident investigations.

Through all this, Statham has maintained his passion for climbing and skiing and is recognized as a friend and mentor to many.

The Summit of Excellence Award has been presented at the Banff Centre Mountain Film and Book Festival since 1987, the annual award has recognized an individual who has made a significant contribution to mountain life in the Canadian Rockies. In 2016, the award was expanded to recognize individuals from across Canada.

The list of past recipients read like a “Who’s Who” of the Canadian mountain culture scene, and includes a diverse collection of mountaineers, authors, artists, photographers, mountain guides, musicians, teachers, and rescue specialists.

The award is presented in memory of Calgary climber Bill March, an internationally respected mountaineer, author, and educator, who led Canada’s first successful Everest climb in 1982. Bill March was recognized internationally for his bold mountain climbing accomplishments in Scotland, Canada, South America and the USA. He also contributed much to the literature of the sport, including over 80 adventure articles and three books on ice climbing and mountain rescue. In 1985, he was made an honorary member of the Alpine Club of Canada in recognition of his many contributions to Canadian mountaineering. 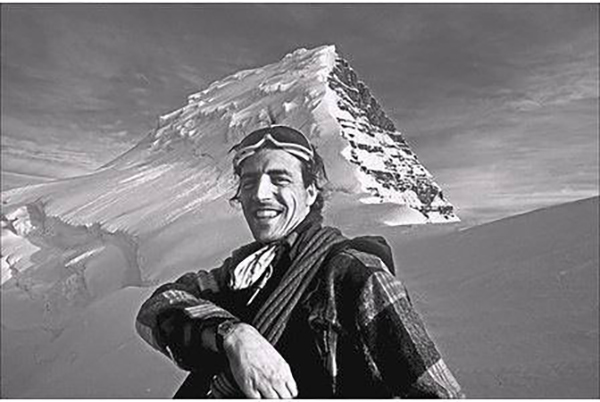 Bill was born in England and did much of his early climbing in Scotland. In the late 1970s, he moved to Calgary, Alberta, where he resided until his death. At the time of his demise, September 8 1990, he was Associate Professor of Physical Education at the University of Calgary.