When product developers and experts from two of the world’s leading mountaineering brands put their heads together talking safety gear, things can only get progressive.

So progressive in fact that the new, electric, and lightweight avalanche safety system, the LiTRIC, has been named an ISPO Award 2022 Winner.

Powered by a long-lasting lithium-ion battery and supercapacitors, Ortovox and Arc’teryx have developed their very own new avalanche airbag technology that is particularly compact and lightweight. The electrically powered LiTRIC system can be triggered at least twice within a 60 hour period and only one charge of battery.

It weighs just around 1100 g. “It has been a very special process to work with a great brand and competitor like Arc’teryx to advance a common mission: Increased safety on the mountain. The LiTRIC airbag system is the product of two companies that specialize in developing the highest quality equipment. The new LiTRIC technology sets a new benchmark in emergency equipment,” summarizes Stefan Krause, Head of Product at Ortovox.

“The key to significant advances in avalanche safety is collaboration,” adds Gord Rose, Senior Industrial Designer at Arc’teryx. “From our first meeting with the Ortovox team, in the Austrian Alps, the excitement about the potential of the collaboration was palpable. Our shared passion for backcountry skiing, the mountains, safety, and obsessing over building the best gear possible, surpassed all other considerations.” 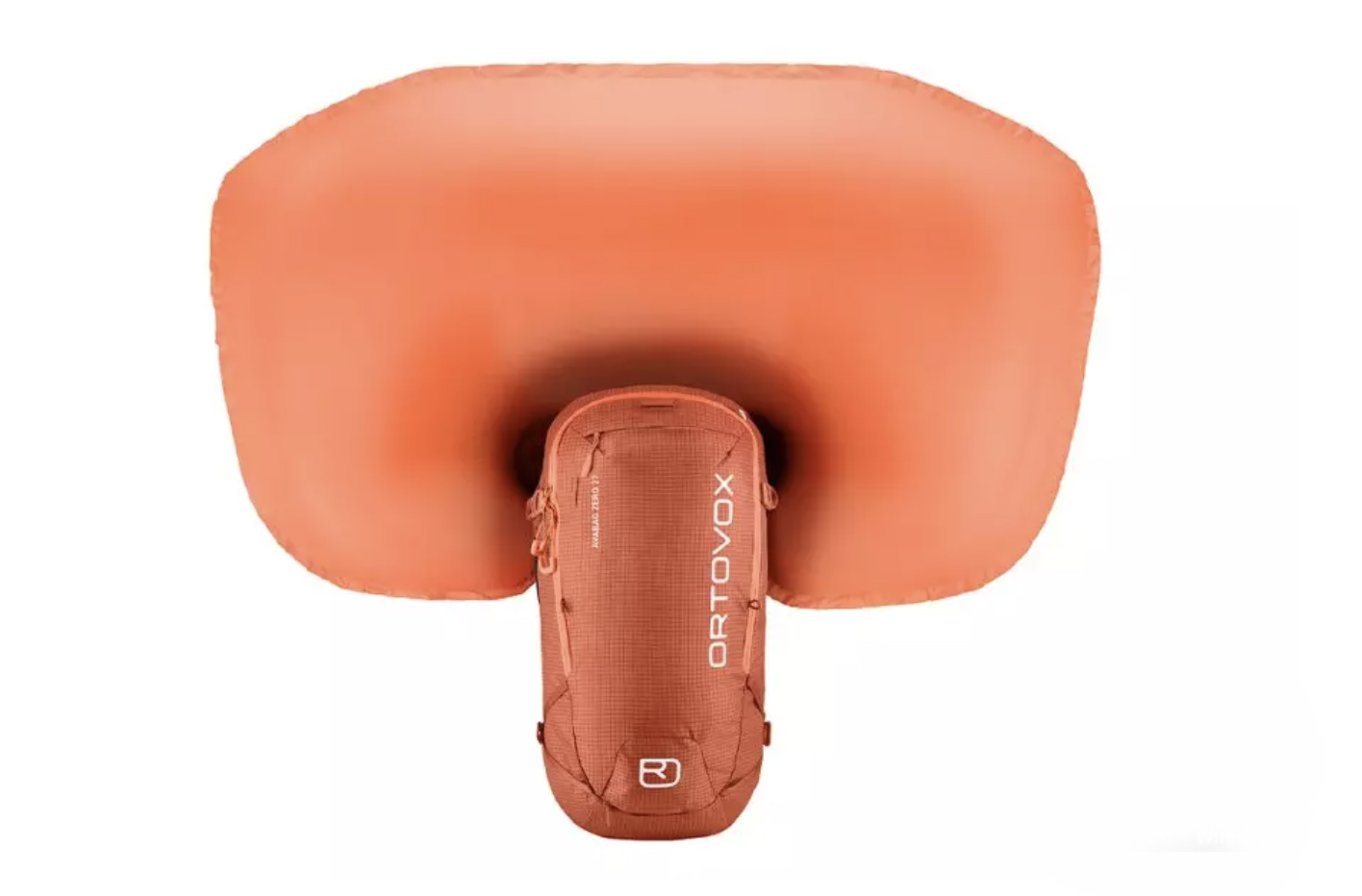 LiTRIC avalanche airbag: fast to expand, fast to pack away
The LiTRIC avalanche airbag technology is well thought out down to the small details making all the difference in terms of avalanche safety for the skiing and mountaineering community. The ISPO Award jury was directly convinced of this. A height-adjustable handle is secured against false release with a 180-degree turn, but can still be pulled intuitively and released quickly in an emergency.

A powerful centrifugal compressor with a compact high-performance blower including an axial diffuser inflates the airbag in four seconds. During an avalanche event, a short and rapid deployment of the airbag is essential to keep the skier or snowboarder on the snow surface, reducing burial depth and increasing survival rates. The color of the air cushion is a particularly bright orange, which can further facilitate rescue because it immediately catches the eye. 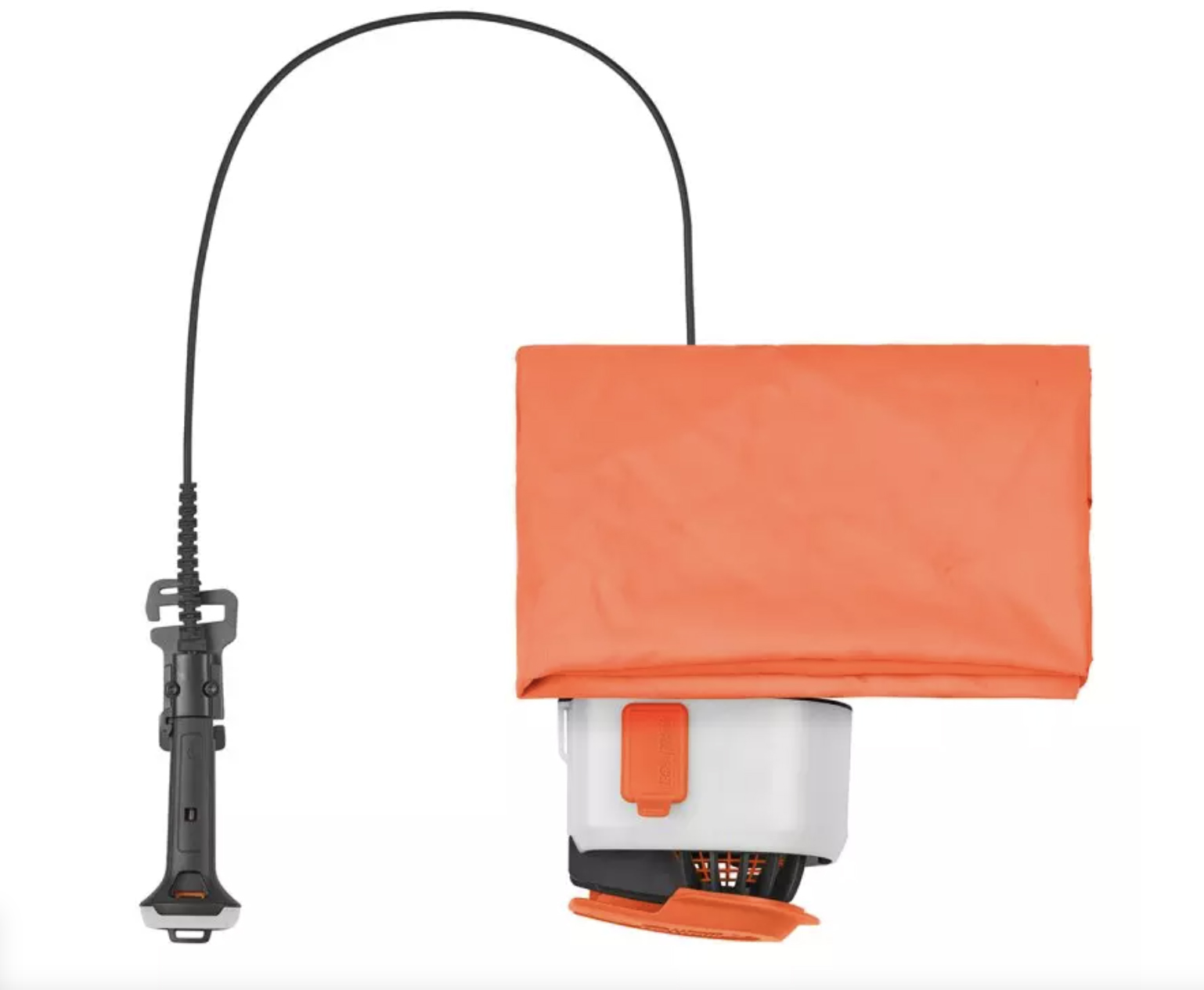 The LiTRIC airbag system consists of two separate layers of material that can be easily pushed back into the airbag pocket after deployment – without the nuisance of folding it. At the same time, the closure system is a novelty. No matter how full the backpack is packed, the system prevents false deployment.

The integration of the leg loop and hip belt has also been rethought to secure the backpack to the body in case of emergency: instead of awkwardly threading in the waist belt, a carabiner hooks into an extra loop, so you save yourself a rather unhandy hip buckle.

This base is available in two different back lengths and can be used by the different attachments of Ortovox Avabag LiTRIC Tour in sizes 30 and 28S and 40 and 36S for both high altitude tours and multi-day ski tours. Just as well, however, the base can be used with the Ortovox Avabag LiTRIC Freeride attachments with 18 and 16S or 28 and 26S for freeriding, where less storage space is needed in the backpack, but the models still offer enough space for safety equipment. The sizes are given in liters, the S stands in each case for the attachment in shorter back length.

In addition, the Ortovox Avabag LiTRIC Zero is available as a purist lightweight avalanche airbag backpack for ski tourers who want to be as light as possible, but at the same time do not want to do without an airbag system. The 27-liter backpack includes the LiTRIC system and is only at 1970 grams.

The LiTRIC system will also be available from Arc’teryx in pack sizes of 16, 32, and 42 liters and optimized for ski-touring. All models will be available in Canada starting in October 2022.

More information on the all new LiTRIC airbag system is available here.