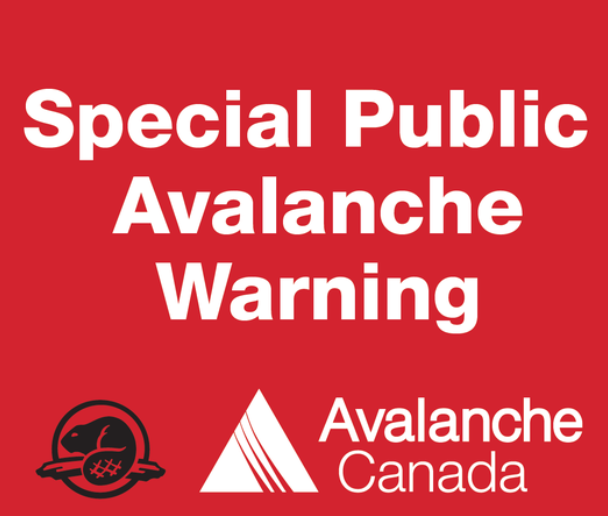 The Special Public Avalanche Warning issued Thursday, Jan. 20, has been expanded to include the South Rockies and Lizard Range regions.

Avalanche Canada, in partnership with Parks Canada, is issuing a Special Public Avalanche Warning for recreational backcountry users across numerous forecast regions in BC and Alberta. Warm temperatures and lots of sunshine are expected for the coming weekend, which will have a destabilizing effect on the snowpack. This special warning is in effect immediately and will apply through to the end of Monday, Jan 24.

This special warning applies to the following regions: North and South Columbias, Purcells, Kootenay Boundary, South Rockies, Lizard-Flathead, and Glacier, Banff, Yoho, and Kootenay National Parks. It also applies to an area within the Sea-to-Sky and South Coast Inland regions, from Squamish to Pemberton. 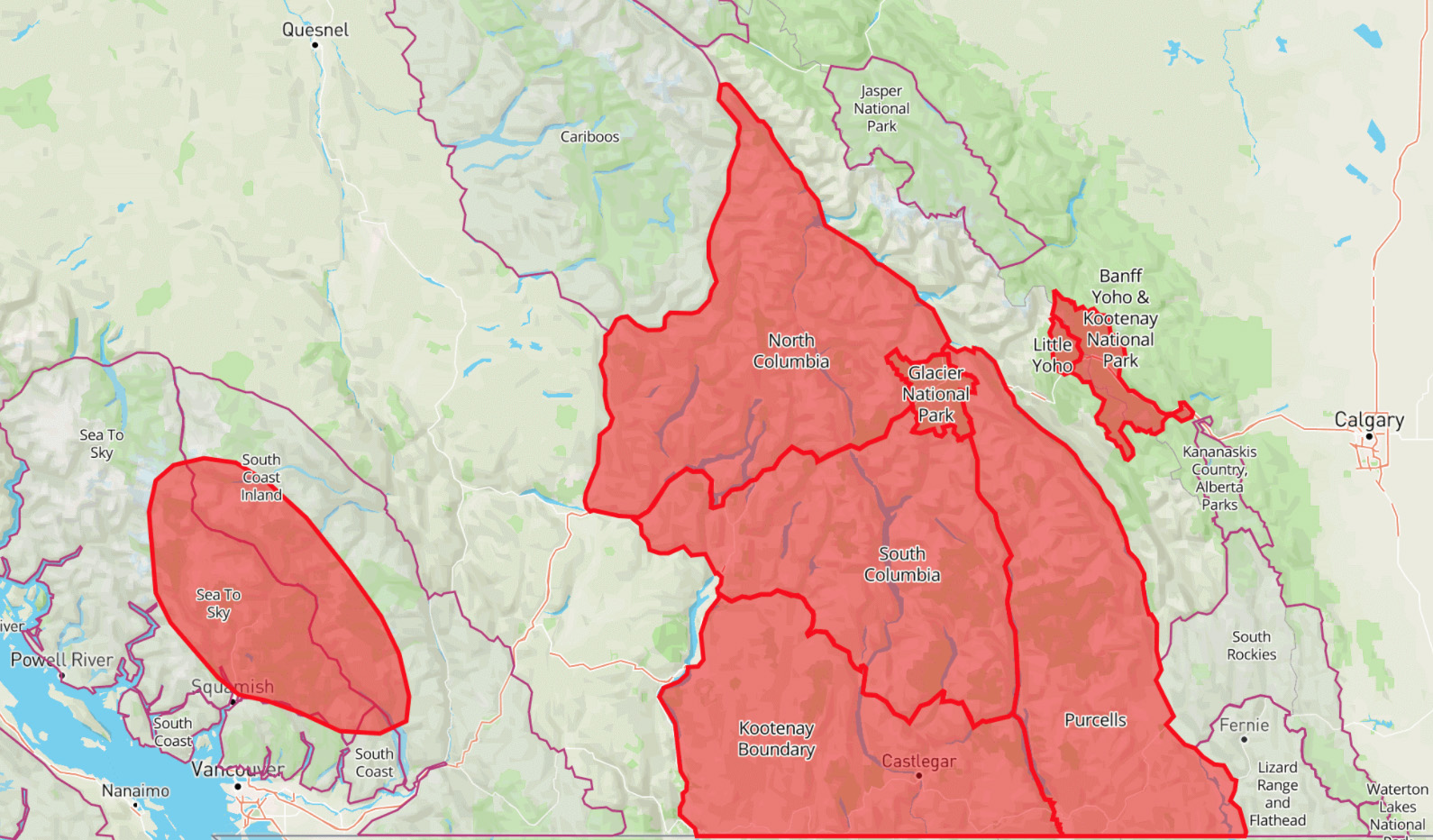 “There are persistent weak layers in the mountain snowpack across most of southern BC and western Alberta,” explains James Floyer, Forecasting Program Supervisor for Avalanche Canada. “This special warning targets regions where these layers have proven to be an issue. The combination of this snowpack structure and higher temperatures will make natural and human-triggered avalanches much more likely.”

There have been several close calls reported recently, with many large avalanches running the full extent of their paths. “There is a lot of uncertainty with these weak layers,” adds Floyer. “While we have targeted an area where we think there is a higher risk of triggering these deep weak layers, we also urge backcountry users in adjacent regions to exercise caution during this warming period.”

Backcountry users should always check their regional avalanche forecasts at www.avalanche.ca. Everyone in a backcountry party needs the essential rescue gear—transceiver, probe, and shovel—and the knowledge to use it.