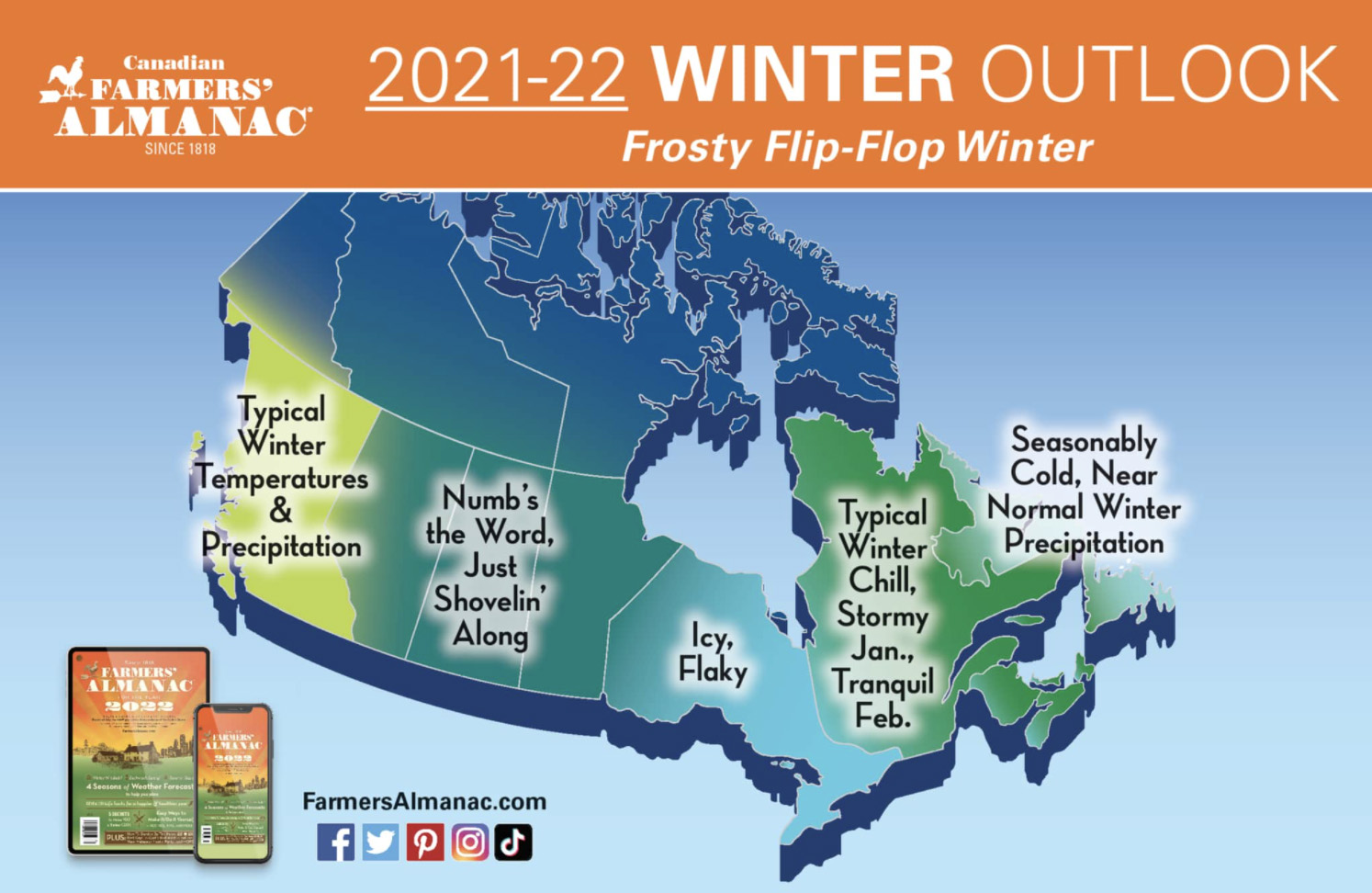 This years Farmer’s Almanac winter forecasts and predictions are slightly contradictory depending on which forecast you read. Fortunately for those living and playing in BC’s mountains, there always is powder somewhere!

The Canadian Farmer’s Almanac Winter Forecast is more favourable for powder conditions that the US Canadian Forecast. A conspiracy theorist most likely identify the influencers shaping the reports. I’ll leave that aside and publish the forecasts:

Canadian Farmer’s Almanac Winter Forecast
What’s in store for the winter of 2021-2022 in Canada? Well, grab your gloves and fetch your fleece—it’s going to be a yo-yo type of winter with notable polar coaster swings in temperatures.

Winter in Canada means snow. But how much? Will the winter enthusiasts jump for joy? Will skiing fans rejoice? According to the Canadian Farmers’ Al I tmanac, snow will fall this winter but at a near-normal, average amount from coast to coast. However, there will be notable month month-to-month flip-flops that may help the snow-lover do the happy dance.

Canadians should be prepared to “Weather the Storms,” as winter will be punctuated by a series of storms leaving them snowed in, sleeted on, slushed about, soaked, and otherwise generally soggy.

The only place in Canada that won’t have many storms to weather is British Columbia, which should expect below-average precipitation and above-average temperatures throughout the season.

“This coming winter won’t be remarkable in terms of temperature, but for Canadians who will end up just wanting to dry out, it will be a long season indeed,” says Farmer’s Almanac Editor Janice Stillman. Whether snow, sleet, or rain arrives will depend on location, location, location!

With slightly above-average temperatures throughout the season in all but the northernmost portions of the Prairies, winter storm clouds may sometimes bring rain or freezing rain across the nation’s midsection. However, this doesn’t mean that snow is completely out of the forecast: Major snowstorms are predicted for the Prairies in late November, mid-January, and early March.

This winter’s white-and-wet forecast will see colder-than-average temperatures from western Quebec into southern Ontario. While storms throughout the season are expected to bring plenty of rain, freezing rain, sleet, and flurries, snowfall itself will be below average overall.

The important consistency in both Farmer’s Almanac forecasts is that it will snow, we can be assured that we’ll have another season of powder!