A vision was realized at Tordrillo Mountain Lodge in Alaska, the culmination of the inaugural three-stop Natural Selection Tour crowning the best all-mountain male and female riders on the planet. Mikkel Bang (NOR) earned the win for the men and Robin Van Gyn (CAN) took the win for the women, both earning the overall tour titles.

Mother Nature welcomed riders to the biggest stage in snowboarding with bluebird conditions on the Montrachet face in the Tordrillo Mountain Range of Alaska—the final frontier. Travis Rice, pro snowboarder and the Tour’s creator, chose these mountains in Alaska for their limitless potential and outcomes—terrain that allows for the ultimate creativity and line choice to push the levels of snowboarding. The terrain ranged from a 1,300-vertical-foot long Northeast aspect for semi-finals with an average pitch of 35 degrees, to the final’s venue that featured a 2,200-vertical-foot long run with an average 40-degree pitch.

“Hands down the highlight for me was the backdrop,” Rice explains, “even without fresh snow, our selected venues out of the Tordrillo Mountain Lodge offered a little of everything for riders to interpret.” 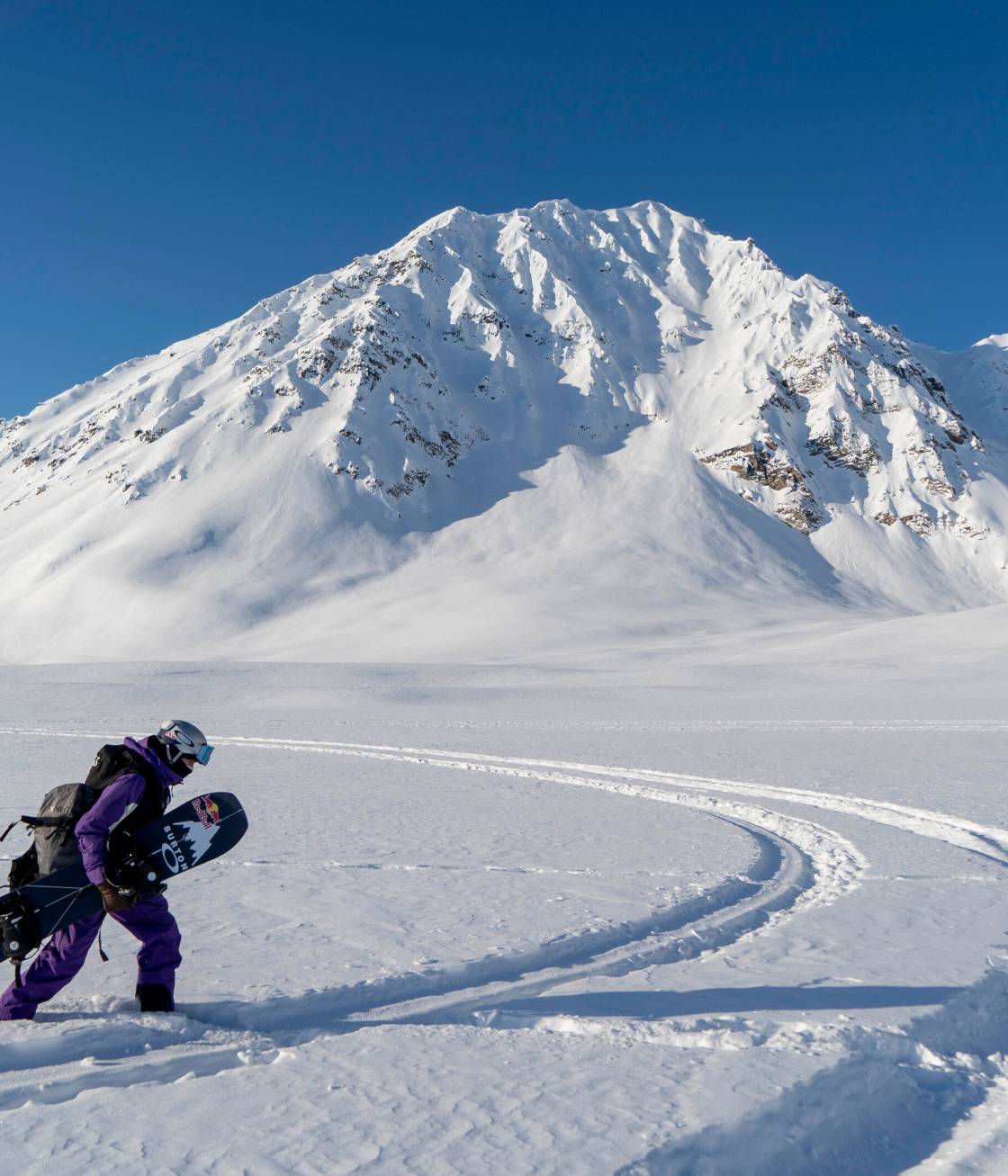 The two-day event featured four men and three women competing in a head-to-head format. Each rider was given three runs with the highest score winning the heat. The head-to-head format judged in real time rewarded the difficulty of a rider’s chosen line, the size of the features they hit, combined with the variety and execution of tricks in the line. “To put simply,” says Travis, “the best snowboarding will take the day.”

Day one semi-finals saw Mikkel Bang advance against Mark McMorris, and Ben Ferguson advance against Chris Rasman, setting up a final day bracket with Ben and Mikkel competing for the top spot, and Chris and Mark competing for that third spot on the podium. It was all about risk versus reward in finals as Mikkel Bang earned the top score of the day on his second run featuring full-send commitment and fluidity from top to bottom. Mikkel put on a demo, expertly reading the transitions and dialing in precise landings, highlights included his stylish boned out frontside 360, and a risky backside 540 off a blind takeoff, with switch pow turns to victory.

Mikkel says, “After the first run I knew exactly what to do. It was easier to come in with more speed and just do better. When I landed the backside 540, a risky trick, I kept going switch and just held on.” Mikkel’s no stranger to the podium, but his last major finish was in 2012 at the New Zealand High Fives Slopestyle contest on the heels of his 2010 Burton U.S. Open Slopestyle victory. He has since been a student of the backcountry, which served him well in this event. He says, “It’s awesome, I didn’t think I was ever going to compete again like this, but stepping out of slopestyle and spending a lot of time filming really helped me for this event.” Mikkel added, “Shout out to Travis Rice for having this vision and showing this side of the sport to the world, and for giving something back to snowboarding—something that we all needed. Thank you, Travis, this is incredible.”

Ben Ferguson took a solid second place just three points behind Mikkel, with a demo on steep and powerful turns, his signature method and a backside 360. Mark McMorris came in third putting together a creative cross-court air line up top, and finding plenty of airtime off a sizeable mid-run cliff face, which he soundly stomped. 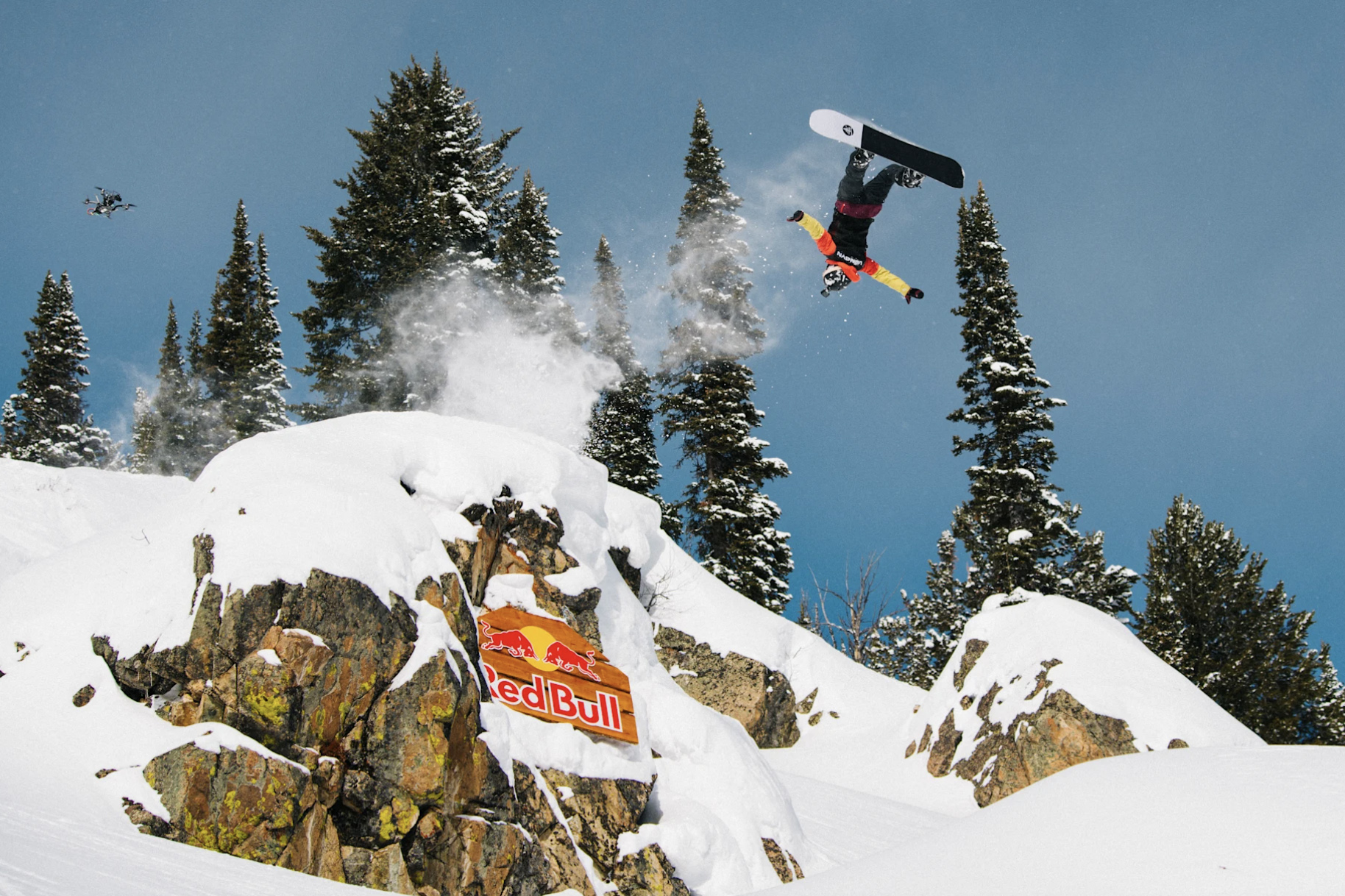 Hana Beaman was eliminated in day one semi-finals, leaving Robin and Zoi to battle it out in the finals. Robin, a backcountry filming veteran, found her flow in her second run, riding with aggression and full commitment. She confidently kicked off her run with a half-Cab cornice drop in, flowing through an upper tube section and progressing her run with a huge cliff drop to earn the highest score of the women’s finals.

Robin, who has earned numerous accolades including Video Part of The Year and Rider of The Year, called this win the highlight of her career, she says, “I’ve never really competed and this was a brand new learning experience. Having Alaska riding experience was great because I knew it was going to feel terrifying and knew it was going to be variable and I was prepared for it. What I wasn’t prepared for was winning!” She adds, “As athletes we’re always trying to push ourselves and be challenged and evolve, and this was a way for me to evolve. It’s just incredible. This is the very beginning of the progression of women’s backcountry freestyle and I’m so excited to see where it goes!”

Zoi, who came into the Natural Selection event as a Wildcard, and was riding in Alaska for her very first time, took an incredible second place with a fluid run, showcasing an instinctual ability to read the terrain, expertly linking up a ton of features from top to bottom.

Travis Rice says, “Well, that’s it, that’s all. What an epic inaugural season and what a way to finish it off in a place that will forever be one the most extensive proving grounds on earth for this type of riding: Alaska! It’s safe to say the NST podium is one of the most challenging places a snowboarder can reach! “This first season we set a foundation that we can now build upon, and with the support of the riders, partners, industry alliance and especially the fans; the future is looking bright. This is why the Natural Selection Tour, with Mother Nature as the main character, has no ceiling. This is only the beginning.”