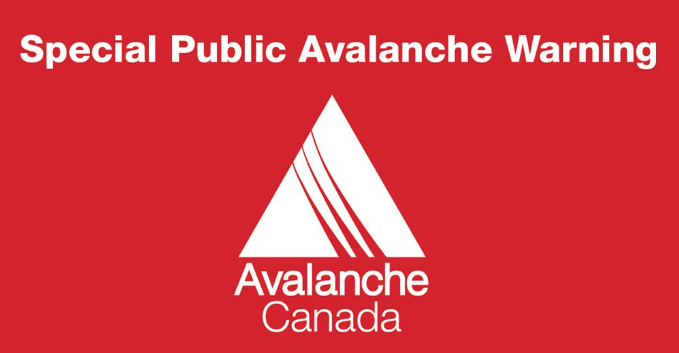 Special Public Avalanche Warning for the South Coast extended and expanded to include Vancouver Island. This warning is an extension from one that was issued on January 28 and will be in effect until February 4. We continue to be concerned about a buried weak layer that is generally not found in this warmer climate. The recent snowfall has now put a greater load on that layer, which means it is deeper in the snowpack. When this weak layer is triggered, the resulting avalanche could be deadly.

Avalanche Canada is issuing a Special Public Avalanche Warning for recreational backcountry users in BC’s South Coast region. The warning is in effect immediately and through the coming weekend. Avalanche Canada forecasters will reassess the situation on Monday to determine if the warning should be extended into next week.

The snowpack in the South Coast region is highly unusual, with a buried weak layer that is generally not found in this warmer climate. The unusually cold weather over the past month has created an active and dangerous weakness in the snowpack, especially in the North Shore Mountains. 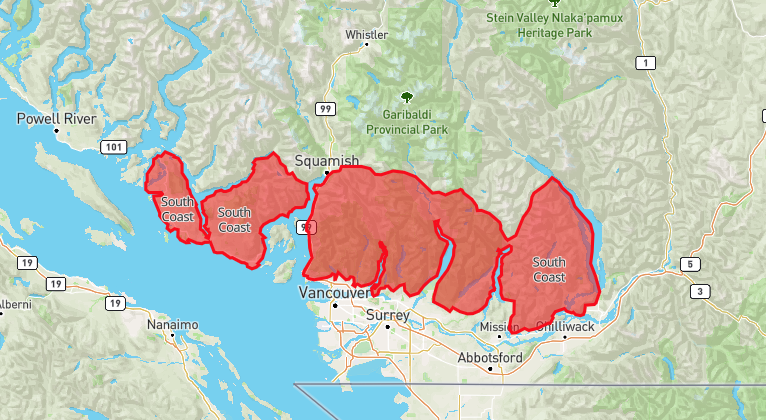 “This weak layer is widespread and relatively easy for a person to trigger,” explains Avalanche Canada forecaster Kate Devine. “There have already been a number of close calls and the snowfall predicted for the coming weekend will bury this layer even deeper. This added snow load will increase the depth and size of the avalanche, which could be deadly for anyone who is caught.”

Everyone in a backcountry party needs the essential rescue gear—transceiver, probe, and shovel—and the knowledge to use it.