Powder Magazine to Shut Down

In Adventure Journal, former Powder editor Steve Casimiro wrote, “Today is a tremendously sad day for fans of high-quality enthusiast publications and for Joni and me in particular. The magazines Bike, Powder, Snowboarder, and Surfer are being shut down by owner American Media, which also owns Men’s Journal. This includes both print and digital products for Bike, Powder, and Surfer, and print for Snowboarder. Powder will print its remaining 2020 issues, with the photo annual dropping in mid-November and the gear guide being released later. We have been told but not confirmed that Snowboarder will also print its remaining issues.

Staffs of Bike and Surfer were told Friday afternoon that they are furloughed immediately, while the staffs of the snow titles will stay on board until November, when they are being furloughed. A company insider clarified on Sunday that Snowboarder will maintain a single editor to run the website and social media accounts, as well as fulfill the brand’s obligations to the Dew sports tour, which is also part of AMI’s Adventure Sports Group.

American Media did not say whether the closures are permanent, but website updates have stopped for Bike and Surfer and will stop for Powder in November, and many of those furloughed are already looking for new positions. (American Media could not be reached for comment, and the most recent press release on its website dates to August 2019.)

Friends have just lost their jobs, including people who’ve dedicated their entire careers to these titles. Beyond the human cost, which is significant, this will leave a huge cultural gap, and a personal one as well: I was an editor of Powder for nearly 12 years, I was the founding editor of Bike, I had a teeny hand in the launch of Snowboarder, and Joni was the art director of Surfer for 14 years. We gave huge parts of our lives to these publications, and their demise is heartbreaking.

These, of course, are different times than when we worked at what was then Surfer Publications and housed in a converted airplane hangar. The internet has changed almost everything, giving cyclists or skiers or surfers a bottomless soupbowl of “content.” But it has not changed the special magic that happens when a group of passionate, talented editors, writers, and photographers pour their hearts and souls into telling stories designed to stand the test of time.

Business is business and never is that more ruthlessly obvious than on days like today, but still: These magazines meant something important to countless people. Powder has been the soul of skiing since 1972. Surfer has been the voice of the sport since the early 1960s, and its impact is woven into the DNA of the culture. And Bike, well, Bike did nothing less than change the sport by celebrating the experience of riding over the worship of gear and racing. 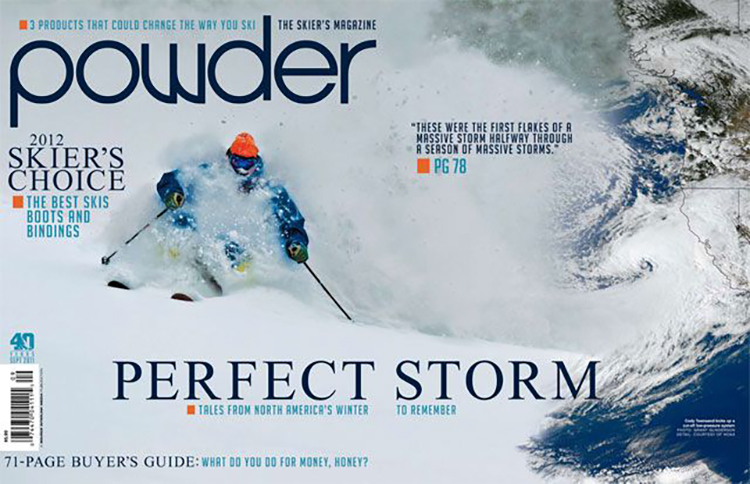 These titles did more than just fill their pages with stoke, they conveyed philosophies that rippled throughout their worlds. They showed that adventure could be more than just recreation, that it could be the path to lives better lived.

I should feel angry that magazines that meant so much to so many can be wiped out by the decision of some suit in New York, and I do, but mostly I feel sad. The news, as we’ve come to say in this craziest of years, is shocking but not surprising. Publishers face extreme challenges today. Typical magazines have staffs and offices and a tremendous amount sunk into fixed costs, while advertisers have a zillion other ways to reach customers and readers have a zillion other (free) choices. In Darwinian capitalism, a publication has to respond to these challenges or it will die. A small, narrow-focused book owned by a giant corporation—especially one whose flagship was until recently the National Enquirer—has the odds stacked against it, as titles are bled for “efficiencies” while expectations are ratcheted unrealistically higher.

And what’s left is too often shit. I don’t mean Bike, Powder, Snowboarder, or Surfer, I mean junk shows like Men’s Journal. Is this really what you want from your outdoor media—a firehose of pandering, listicles, lowest-common denominator pap, and nakedly commercial gear roundups designed to get you to click on affiliate links? Magazines like Men’s Journal exist only to enrich their CEOs and shareholders; rather than enrich the culture they purport to serve, they treat it as a commodity from which to scrape their profits.

It’s on publishers to create something special, something uniquely attuned to their audiences, and to do it in a way no other publisher can or will. Increasingly, this means ownership by small, independent houses, like AJ or Surfer’s Journal or Height of Land. Perhaps Bike or Powder or Snowboarder or Surfer will find such a home and be given realistic tools and expectations to succeed; I certainly hope so. 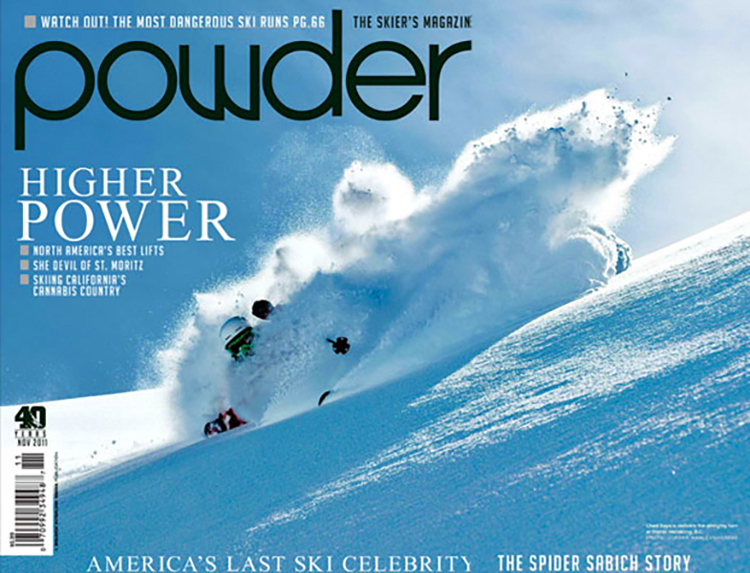 Even if they do, the challenges won’t lessen. In the pre-internet days, publishing a magazine was like operating a restaurant: You market yourself to get people in the door and buy a meal and if they like it they’ll keep coming back. Today, you still own a restaurant but now you have to serve free samples out front 24 hours a day, giving people as much as they can consume and hoping that a few kind or generous souls will come inside and pay for it.

But here’s what you need to understand (and I know that a lot of you already do): Nothing is free, not even those samples. With a publication like Men’s Journal, you pay for it with uninspired, formulaic editorial designed only to collect as many readers as possible; you are valuable only in aggregate so they can sell ads or affiliate products. With a higher quality publication, you pay for it on the backs of those willing to subscribe and then the freeriders keep their fingers crossed that it’s enough to keep them going.

The two big lessons here are 1) that we publishers need to give you an awesome product, but 2) if we do, you need to step up and pay for it. And by “pay for it” I don’t mean with clicks or likes, I mean by subscribing. It’s too late for Bike, Powder, Snowboarder, and Surfer, but there are numerous independent publications that could use your support. I can without reservation recommend any of the titles at Height of Land (Alpinist, Backcountry, Cross Country Skier, Mountain Flyer), Funny Feelings (FlyFish Journal, Frequency, Ski Journal), and Surfer’s Journal (The Golfer’s Journal, The Surfer’s Journal). All of them are produced by small publishers doing great work. None are getting rich, and some are fighting existential battles.

I’m writing this at the dining room table on a Saturday morning. Joni’s reading the newspaper—an actual physical newspaper, to which we subscribe—and she just asked me how I’m feeling about all this. Honestly, it’s a bit of a shock to realize that the three magazines I gave 22 years to are now gone or going (Bike and Pow, plus National Geographic Adventure) and not for anything to do with a lack of quality. Mostly, though, I feel sadness for my friends, and for one friend in particular: Dave Reddick, the director of photography at Powder. When I hired Dave around 1992, he was so young—shy and quiet and absurdly athletic—and I could have had no idea then that he would become one of the three or four most important people to work at Powder, as well as direct the visuals for Bike for 20 years. As the publishing group got passed from one corporate owner to the next, each time wringing more blood from this stone, Dave was the one who held it together. Not that others didn’t matter, but he was the spiritual backbone of the brand, the person who embodied the ideals of the powder experience, and the one who defended photographers and photographs and the commitment to quality that was laid down before either of us got to Powder. The love I feel for Dave, and the gratitude for our 30-year friendship, runs deep, but just as deep is the admiration for the incredible work he’s done all these years. The ski culture will be poorer for no Powder to display his talents, but the world will be richer for whatever he chooses to do next.

The news comes just a few days after the release of Powder‘s first issue of Volume 45. The magazine was founded in Sun Valley, Idaho, in 1972. Surfer had been a part of the surf scene since the 1960s.

The demise of these iconic titles, which have played a key part in the culture of their sports, demonstrates how core print media is dying and replaced by consumer gentrification like Men’s Journal. At PowderCanada.com, POWDER Magazine has been the influencer in a big way and we never will never forget. At the end all it really was about is deep powder and how we live for our next untracked turn, so get out there and keep the dream alive. RIP POWDER and all the best for those that kept it going for so long!