Avalanche Canada, in partnership with Parks Canada and Alberta’s Kananaskis Country, is issuing a Special Public Avalanche Warning for recreational users of backcountry and front-country avalanche terrain, in effect immediately. The warning is widespread and applies to the following forecast regions: 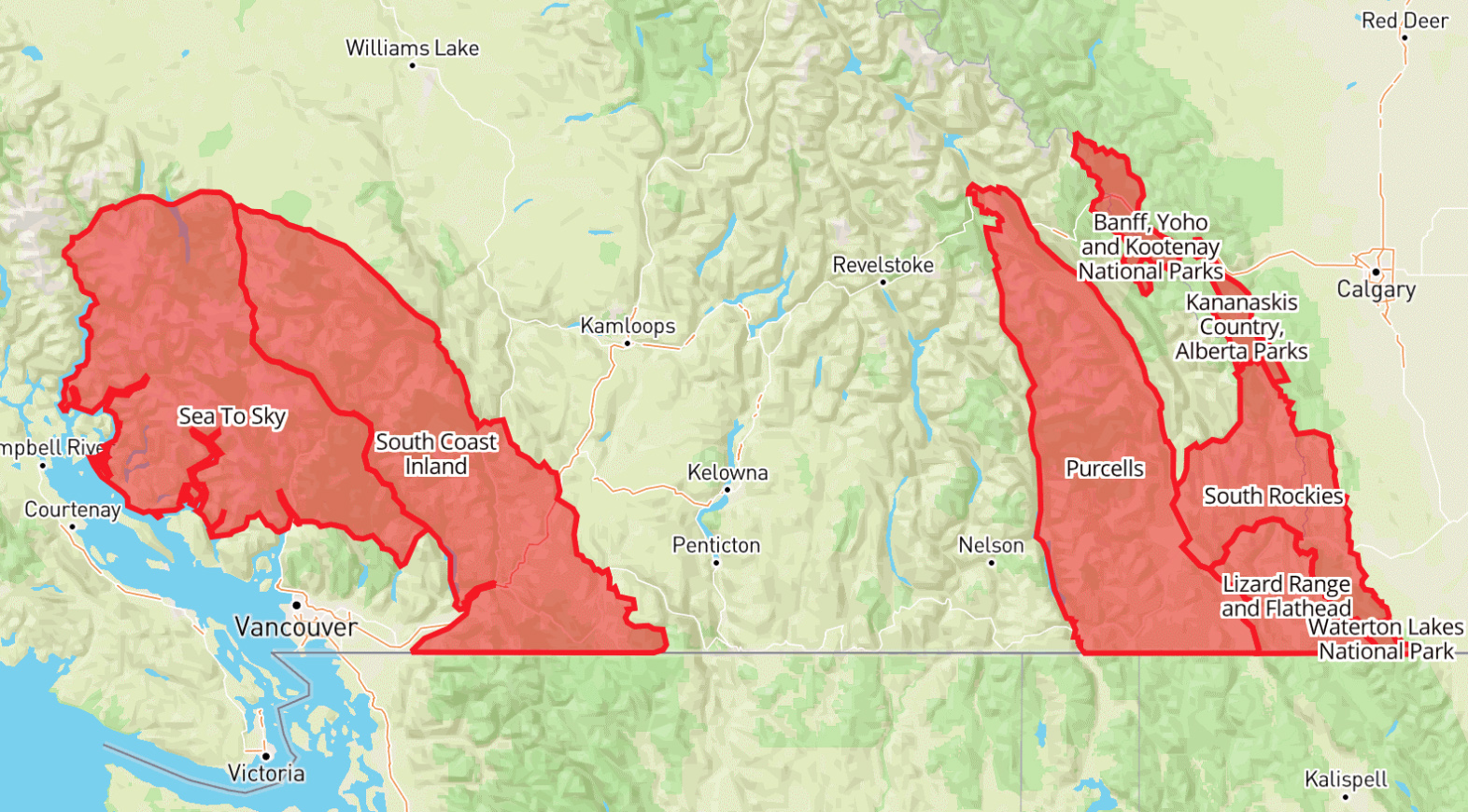 At issue is a persistent weak layer within the snowpack of these regions. Although the nature of the layer differs across the ranges, the effect is the same. The storm that blew through Western Canada over the past few days dropped a significant amount of snow, which is now sitting precariously on that weak layer. During the storm, many avalanches on that weak layer ran to historic runouts.

“The danger ratings are going down across the map because naturally running avalanches have slowed down or stopped,” explains Ilya Storm, forecast program supervisor for Avalanche Canada. “However, now many slopes are primed for human-triggered avalanches. Distinguishing between slopes that have already slid and those that are the tipping point will be very difficult. This, combined with clearing weather during a holiday week, has us very concerned for backcountry users.”

Avalanche Canada, Parks Canada, and Kananaskis Country warns all backcountry users and anyone recreating in avalanche terrain, including those going outside ski area boundaries, to always check their regional avalanche forecasts at www.avalanche.ca. Everyone in a backcountry party needs the essential rescue gear—transceiver, probe and shovel—and the knowledge to use it. Ensure your party re-groups well away from avalanche slopes, including overhead hazard such as cornices.

Those heading to the mountains to snowshoe or explore the front country should also be aware that many popular summer trails are exposed to avalanche terrain. Plan ahead and research your route to make sure you are avoiding these areas, or hire a certified guide to lead your party.