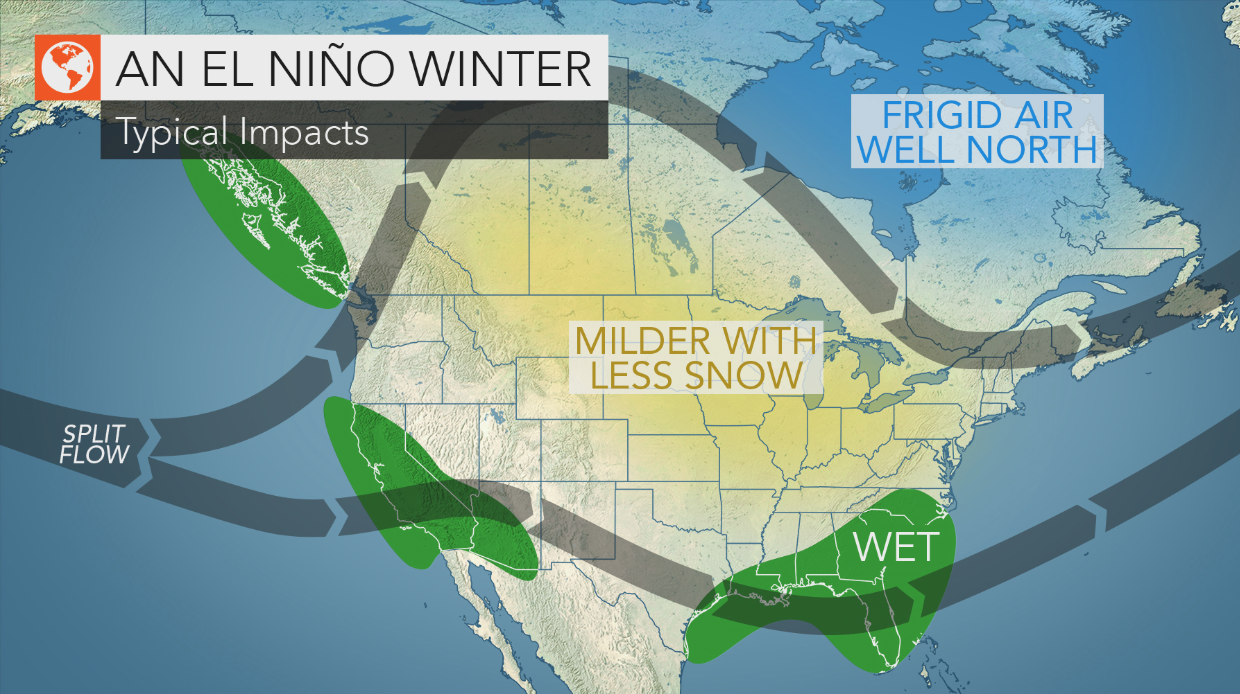 A Strong El Nino Develops: What Does This Mean for the Pacific Northwest?

Define the Pacific Northwest: Though no official boundary exists, the most common conception includes British Columbia, Idaho, Oregon, and Washington.

The forecasts are now emphatic: A strong El Nino is now developing and will be in place this winter.

What does this tell us about the character of our next winter here in the Pacific Northwest? More or less snow? More or less storms? Drought or wet? Warmer than normal or not? Let me tell you what we know.

As noted in previous blogs, El Ninos are associated with warmer than normal water in the central and eastern tropical Pacific. Think of the Pacific Basin as a big bathtub with warm water near the surface. The water is sloshing back and forth; when the warm bath water sloshes towards South America, you get an El Nino. Sloshes the other way, La Nina.

NOAA and others have complex ocean/atmosphere models that can simulate the evolving El Nino. They are NOT perfect (as shown by their poor forecast last spring of a major El Nino that never materialized). But we are farther along in time and the uniformity of the predictions provides some confidence that their forecasts will be more skillful this year. 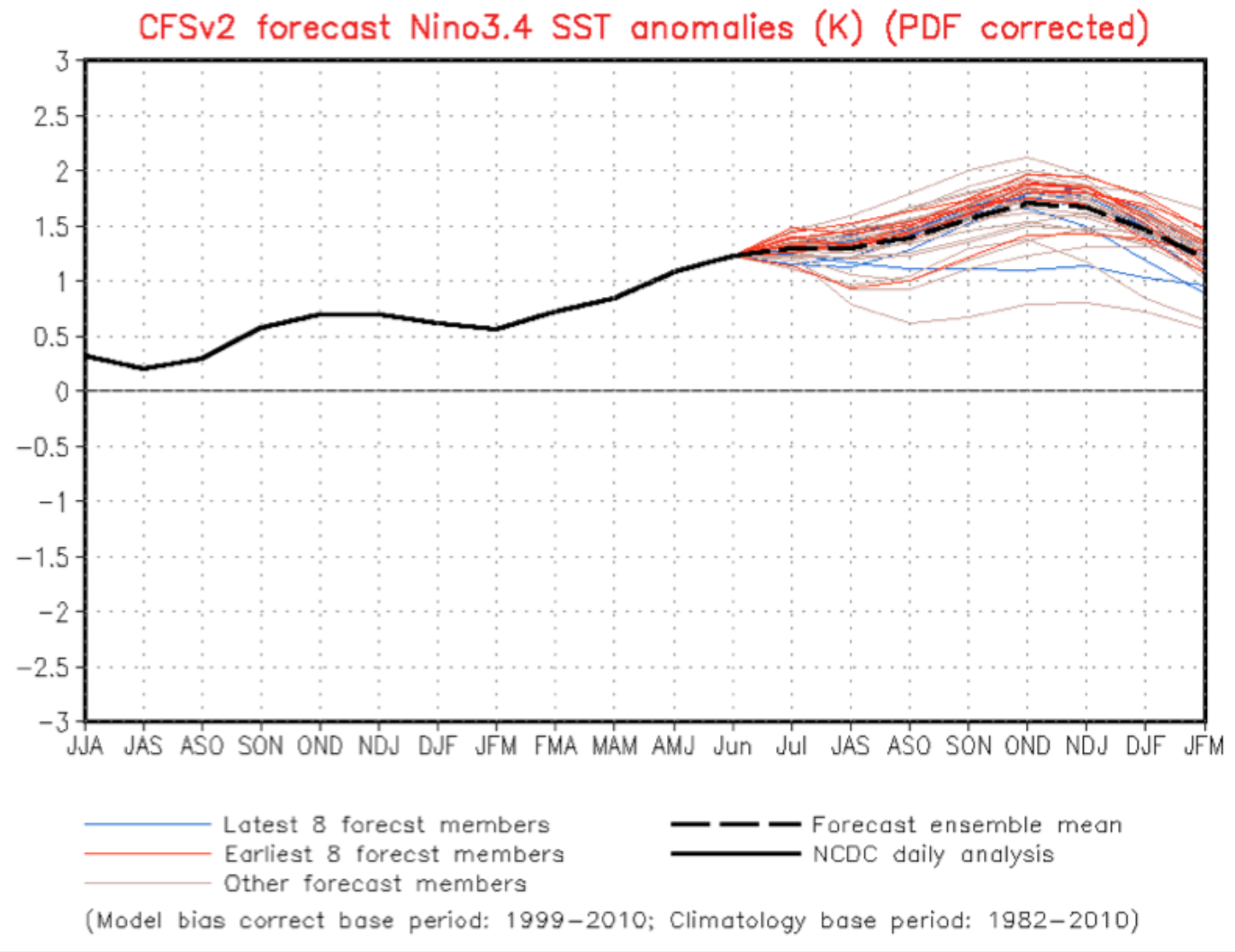 Above is the prediction from the NOAA Climate Forecast System (CFSv2) model for sea surface temperatures in the central Pacific (Nino 3.4 area) based on an ensemble of different CFS forecasts. All the forecasts are for warmer than normal conditions. NONE are going for cooler or normal.

Based on this and other forecasting systems, the U.S. Climate Prediction Center (CPC) produced a consensus forecast for the upcoming year (see below). 90% probability for an El Nino. They are going for it. 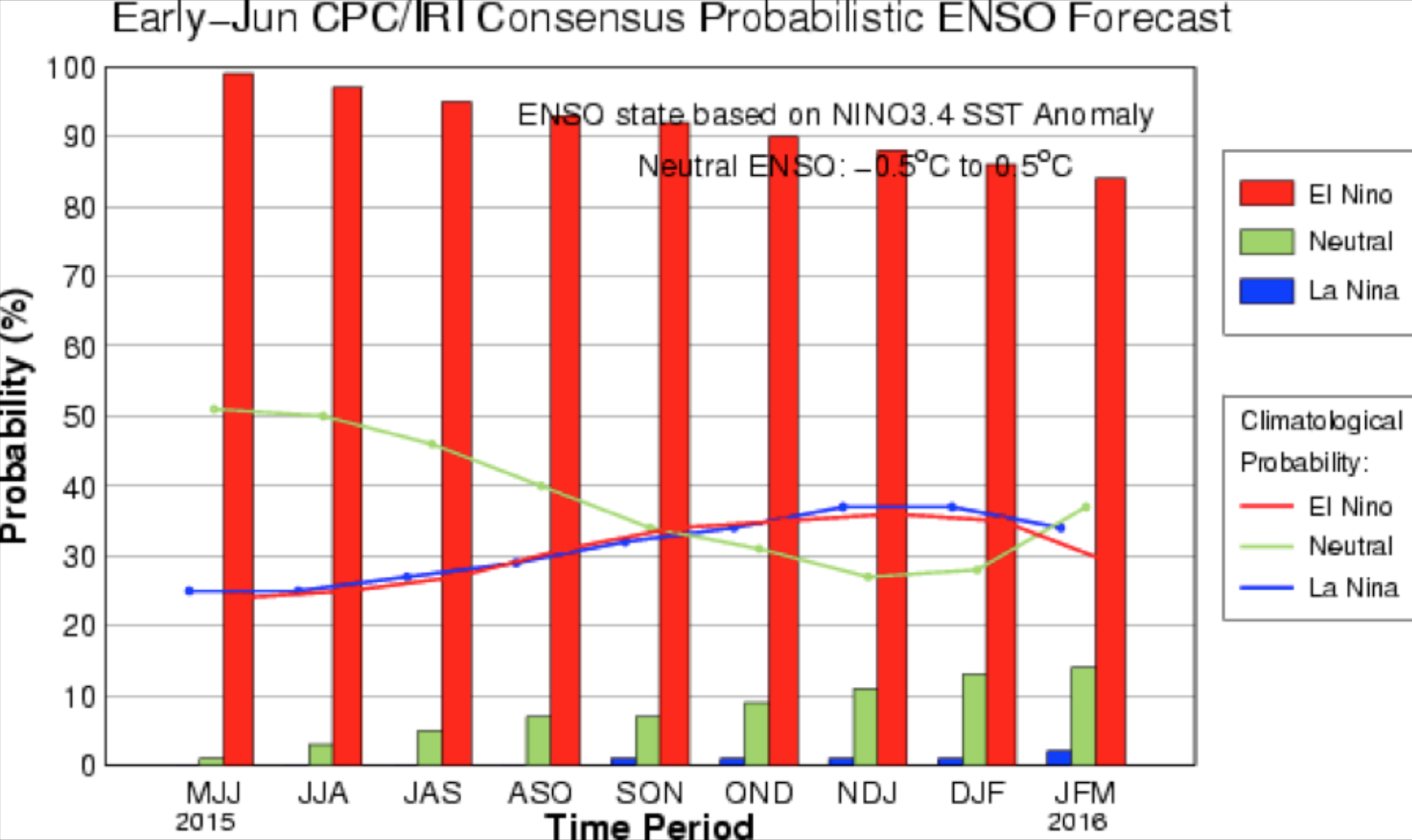 Strong El Ninos have a sea surface temperature anomaly (difference from normal) in the central Pacific of at least 1.5C. There appears to be an excellent chance we will achieve that. Keep in mind that we haven’t seen a strong El Nino since 1997-1998 and that the global effects of that event were profound. For example, California had heavy precipitation with flooding and landslides that winter. In any case, we are sure to have at least a moderate El Nino.

So with a moderate to strong El Nino expected to be place for this coming winter, what can we expect here in the Pacific Northwest? To put it briefly:

But there are many subtleties here, including differing local impacts between moderate and strong El Ninos. This an important point missed in many media accounts.

Hope for the best, In our opinion there has never been a bad winter!