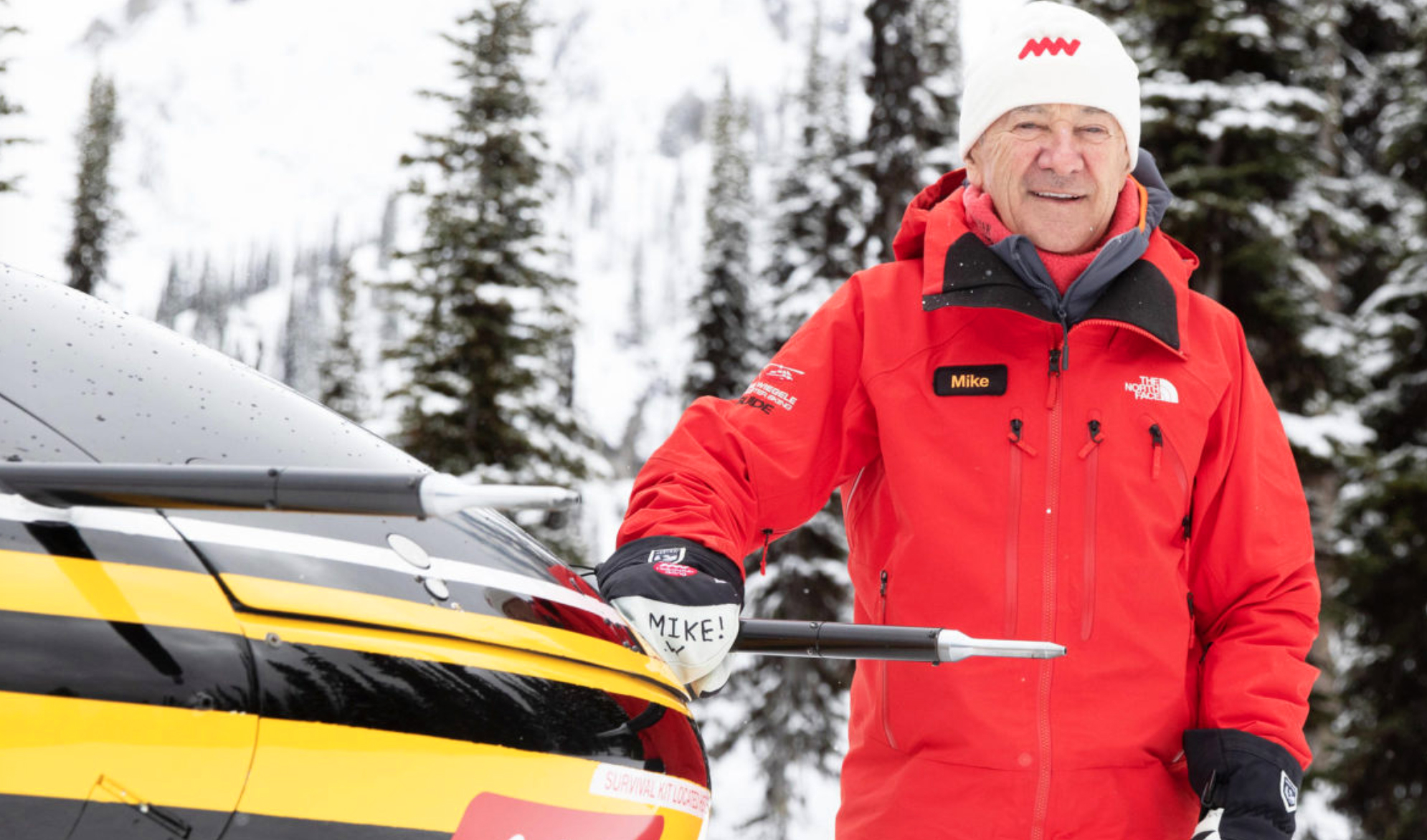 Congratulations to Dr. Mike Wiegele! Thompson Rivers University conferred an Honourary Doctor of Laws degree on June 7th, in recognition of Mike’s groundbreaking work and lifetime of leadership in the snow sports industry.

Mike also addressed the joint convocation of the Faculty of Adventure, Culinary Arts and Tourism, and the Faculty of Law. “It’s an honour to receive this recognition,” said Mike. “It motivates me to do more work for the industry.”

Mike is a ski coach, guide and entrepreneur who’s made notable contributions to furthering the backcountry skiing industry in Canada, like when he started the Canadian Ski Guide Association (CSGA) in 1989, which became the industry standard for training ski guides.

For this initiative, Mike said he saw a need for training in the industry because there wasn’t any educated training for helicopter ski guides, so he took it upon himself to establish the CSGA.

“The CSGA was developed as a combination of ski instructor and mountain guides because you needed segments from both,” he said.

A year after starting the CSGA, Mike approached the University of Calgary to direct research for avalanche safety, sponsoring the Alberta university’s research for five years, resulting in a good deal of avalanche safety protocols that are still used to keep people safe on the mountains today.

He said avalanche research at the time was going in a different direction from what the ski industry needed, so he turned to the universities to connect the research to his ski guides that work in the field.

“This helped us learn more about how the snow behaves and acts and we showed the academics our proven avalanche forecasting methods,” Mike said.

“Trained practitioners also adopted our methods—the Five-Step Avalanche Forecasting System—as a system to follow, because we have proven that if you follow it as outlined, you won’t get caught in an avalanche; I felt it was important to connect the university with our applications and research, so I approached the University of Calgary to have this information proven within the academic level.”

He noted it’s this aspect of safety that drives him to work as hard as he does, adding, “It’s always sad when there are accidents and by providing better information for avalanche forecasting, it helps everyone be safe and have fun.”

Mike has also been a supporter of TRU Adventure Studies programs, hosting courses at his Blue River heli-skiing operation, and other honours he’s gathered include induction into the Canadian Ski Hall of Fame, the Banff Sports Hall of Fame and the Canadian Rockies Ski Racing Hall of Fame.

According to TRU, the honorary degree Wiegele received is the highest form of recognition offered by the university and awarded for demonstrated excellence in the fields of public affairs, the sciences, arts, humanities, business, law and philanthropy.