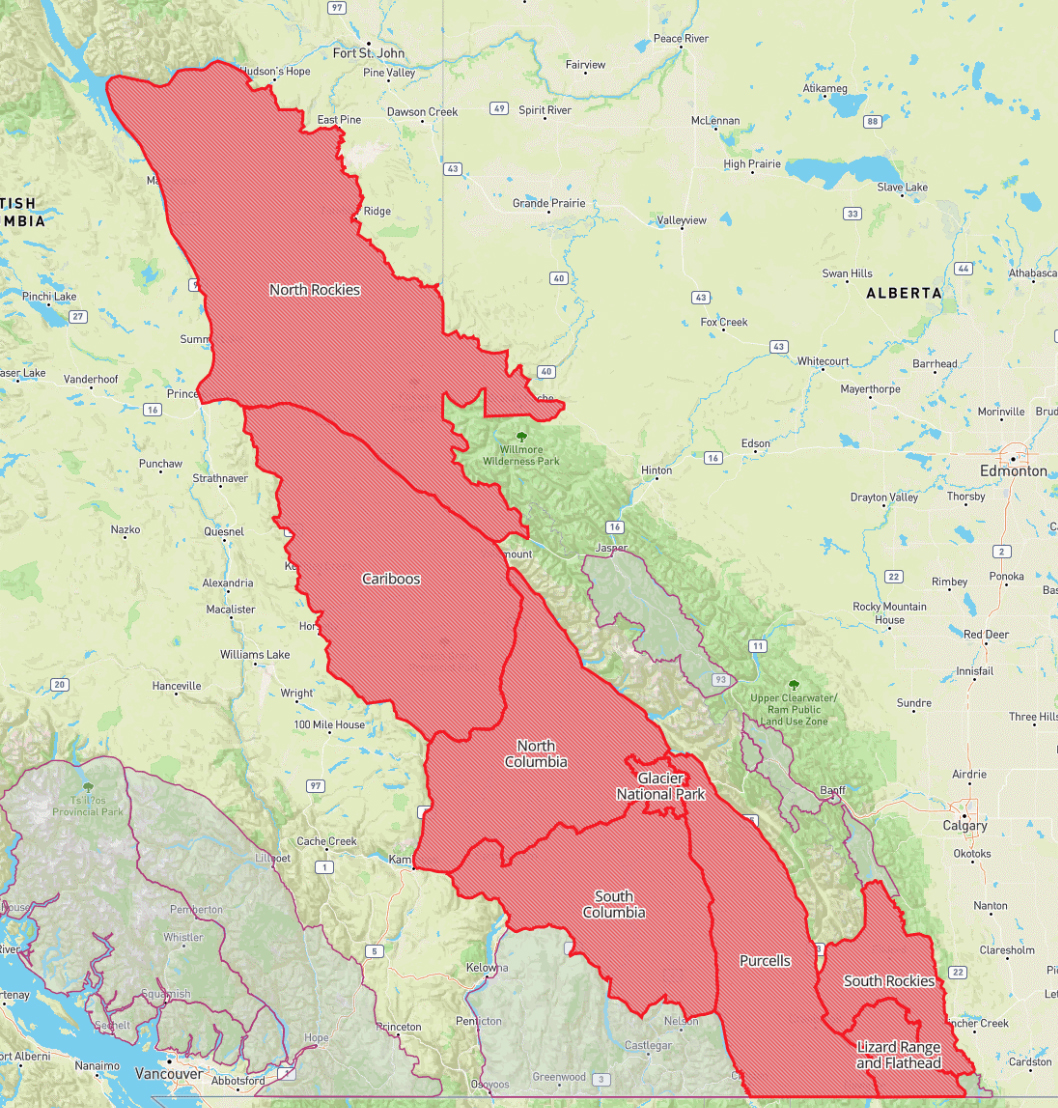 The issue in these regions is a weak layer at lower elevations, which means the snowpack at and below treeline is more dangerous than the alpine. Forecasters are concerned this unusual situation may catch some backcountry recreationists off guard. Many close-calls involving this layer have been reported over the past few days and with the coming weekend, more people will be heading out into the mountains.

“With this layer, the trees are not the safe haven they normally are,” explains Senior Avalanche Forecaster Grant Helgeson. “And identifying avalanche terrain in these lower elevations can be difficult. You need to be aware of smaller slopes like cutblocks, roadcuts, gullies or even just openings in the trees. This is where the weak layer will be a problem and where it’s primed for human-triggered avalanches.”

Making sense of the current avalanche danger at lower elevations

In mid-January, snow began to bury a robust layer of surface hoar that was widespread in the trees but largely absent from the alpine. This layer was very active when it was first buried. At that time, Avalanche Forecaster Ilya Storm commented that he saw some super goofy crowns in benign 20 degree terrain. On more normal riding terrain (30 degrees), the snow on top of the surface hoar was flowing like water and running super far.

This layer is prevalent throughout the Interior Mountains of British Columbia with the North Columbia being the clear hotspot. As we moved through the end of January it became less reactive, waiting for another load.

Fast forward to the first weekend of February. A storm started warm before transitioning to brutal cold. Just off the valley floor there wasn’t a breath of wind and riding conditions were phenomenal. But there was a catch; the surface hoar had roared back to life. Folks were triggering large avalanches in the trees between about 1400 and 2000 m throughout the Interior Mountains. Scenes like the photo below were the norm last weekend and it felt downright spooky.

This photo really got my wheels turning. This has been daily-driver terrain for a lot of folks this year. Weak layers have been pretty quick to heal. My entire season is a blur of epic tree riding across the province. But it’s changed. The trees are now the spookiest place to be throughout the Interior Mountains.

Read more from Grant Helgeson about the current conditions here.

Avalanche Canada is warning backcountry users to use safe travel techniques and avoid avalanche terrain at and below treeline in the regions covered by this warning. Everyone in a backcountry party needs the essential rescue gear—transceiver, probe and shovel—and know how to use it. Always check the current avalanche conditions at www.avalanche.ca.