If you’re going out of bounds at ski resorts, be prepared to self-rescue — that’s the message one B.C. snowboarder is hoping to convey after finding two skiers trapped in snow near Whistler Blackcomb over the weekend.

Shane Roy, who has been snowboarding at resorts and in the backcountry for nearly a decade, was out on one of the last runs of the day with another boarder on Sunday when they found the pair of skiers stuck in the pocket of a snow-covered creek. One of them was almost completely buried.

“We popped out of the trees at 3:30 p.m. and we came across these two guys. One of them was somewhat submerged,” Roy said. 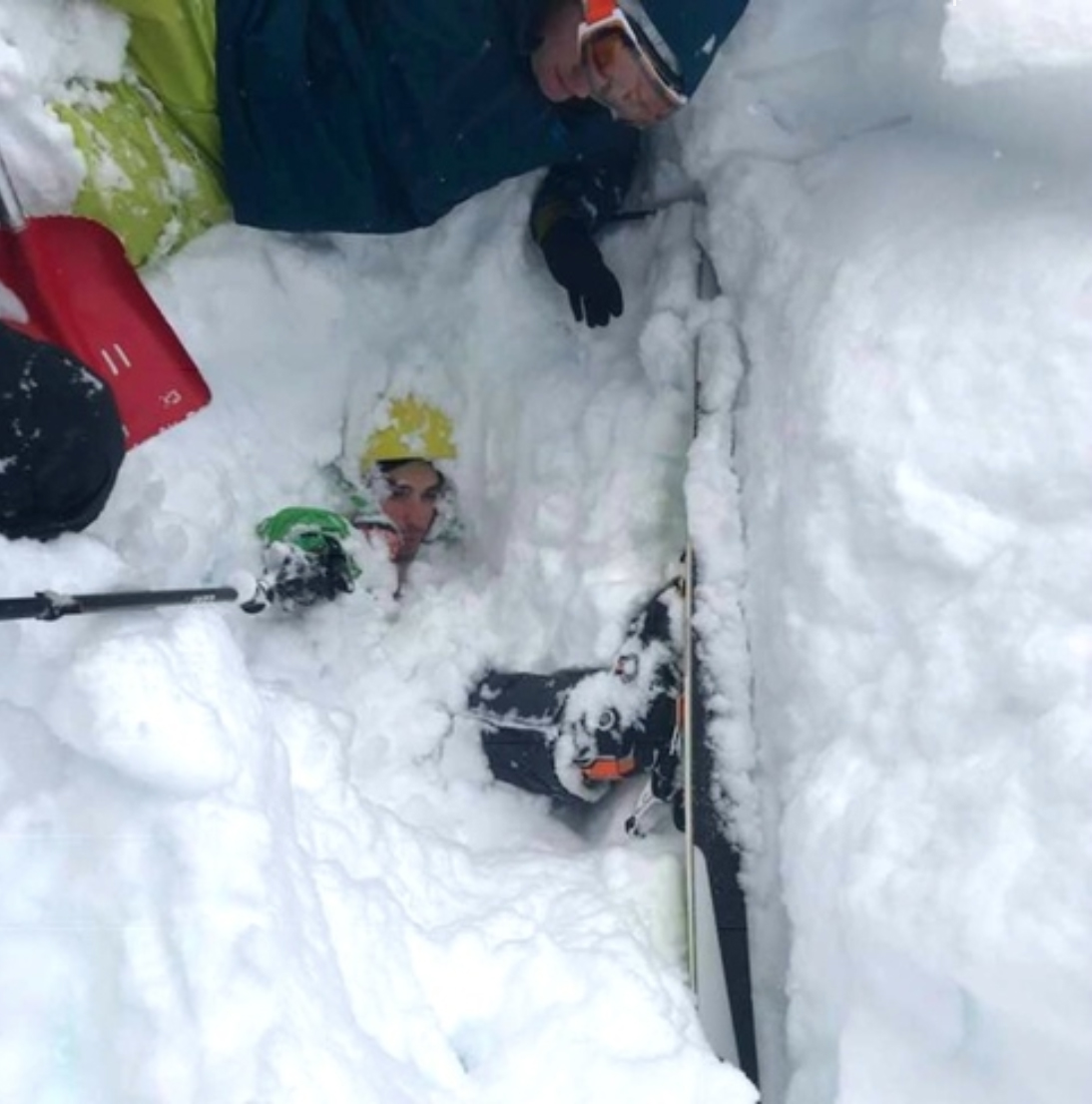 One of the skiers Roy helped rescue was almost completely buried. The two skiers had fallen into a hollow pocket in a snow-covered creek near Whistler Blackcomb. (Shane Roy/Facebook)

“His friend had been clearing his airway but he was unable to move or do too much.”

Without the right equipment, the skier attempting the rescue risked further burying his partner. They had called ski patrol for help but didn’t know their location.

RIGHT GEAR, RIGHT KNOWLEDGE
Roy was carrying avalanche safety gear with him — including a shovel, a beacon and a probe — and was able to dig out the pair and pull them to safety.

“We approached them slowly and took the proper steps to safely get them out,” he stated. “Luckily, it worked.”

Roy carries avalanche equipment whenever he ventures into the backcountry and says it’s rare to come across someone without the right gear. But when it comes to venturing out of bounds near ski resorts, safety considerations are often overlooked.

“Where we were, it was easy access from a chairlift,” he said.

“Sometimes, people don’t take that as seriously as they should. [Accidents] can happen on the side of a ski run, or 100 metres off the ski run, or out in the mountains.”

Whistler Blackcomb said they aren’t able to confirm the incident, but skiers or snowboarders who find themselves in trouble out of bounds should call 911. If they’re within the resort area, they should call Whistler ski patrol.

Roy emphasized the importance of carrying the right safety gear and knowing how to use it for anyone heading off piste.

“Don’t ever get too comfortable out there,” he warned.