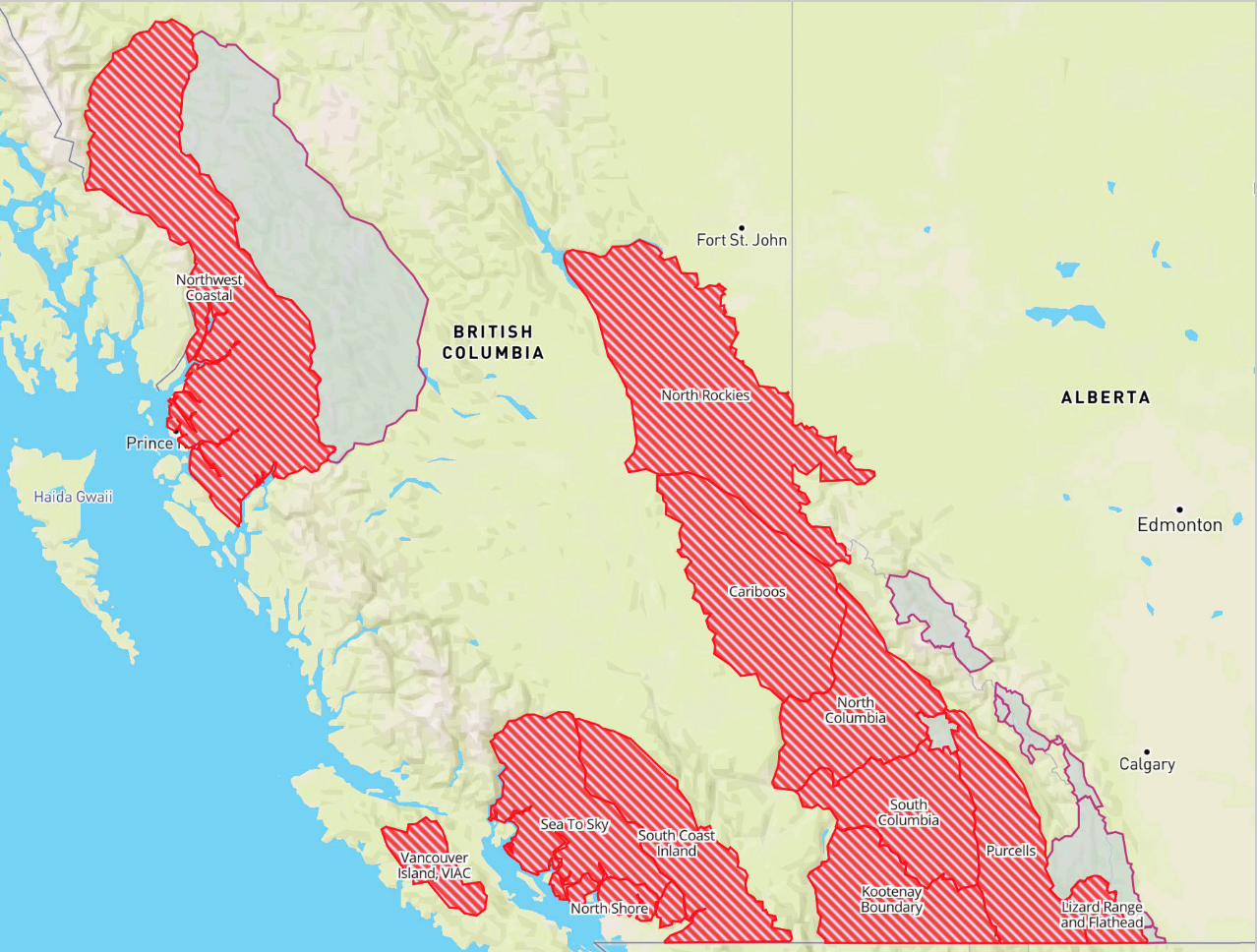 After a prolonged drought in late November and early December, the province has been hit with a series of storms that have dropped a significant amount of snow. This new snow is not bonding well to the old surface that formed during the drought.

“Our main concern is that we are expecting the weather to clear on Saturday,” explains James Floyer, senior avalanche forecaster for Avalanche Canada. “After all this rain in the valleys, backcountry users are going to want to hit the alpine but that’s where the danger is greatest. There’s a very weak layer now buried anywhere between 60 and 150 cm. Any avalanche triggered on that layer will definitely be life threatening.”

Avalanche Canada warns anyone accessing higher elevation terrain to be aware of this hazard. This means skiers and boarders leaving ski resort boundaries and snowmobilers riding at or above the treeline. Everyone in a backcountry party needs the essential rescue gear—transceiver, probe and shovel—and know how to use it. And always check the current avalanche conditions at www.avalanche.ca.