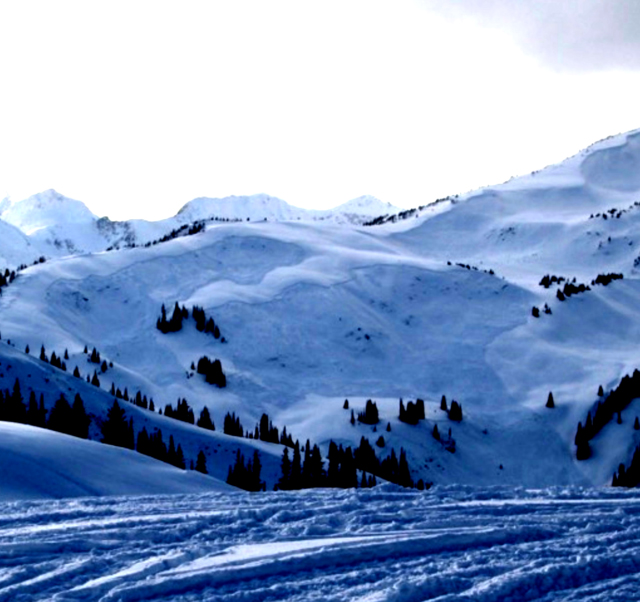 Why don’t we start out with a couple of definitions straight from Avalanche Canada’s online glossary:

Why the name persistent? It’s a problem in the snowpack that persists over a period of time. This is a complication, because we are generally impatient and want all of our problems to resolve themselves quickly. When it comes to persistent slabs, patience is a virtue. This point will become especially relevant in the coming days when you may start to see avalanche danger ratings decrease, yet the persistent slab problem will still be listed. The problem still exists, even though it’s less likely to trigger. Let your patience persist!

The problem with a persistent slab is that you can’t see it unless you peel back the layers of the snowpack to reveal the slab sitting on top of the persistent weak layer. 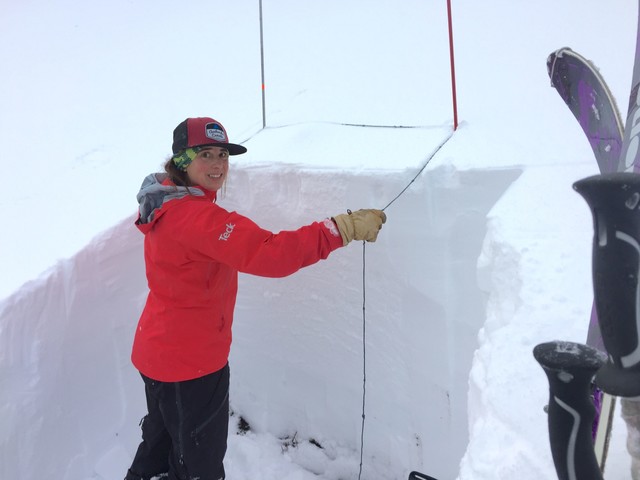 Image: Our South Rockies field team peeling back the layers of the snowpack to have look at what’s inside.

There is an additional complication that makes them even trickier to deal with; persistent weak layers don’t always form everywhere. So when they get buried, if you haven’t taken note of where the layer formed (or didn’t), it is difficult to ascertain where the problem may exist. You have to pointedly look for it or be told that it is there. It’s kind of like unwrapping a gift. You don’t know what’s inside until you tear through the layers of wrapping paper, cardboard and packing material…or somebody tells you what’s inside.

Digging and interpreting snowpack information is a learned skill that folks must hone over many years. On top of this, you have to dig a lot of holes to get a really good handle on where a persistent slabs exists and/or better yet, where they don’t. From a recreationists point of view, it may just be impractical to rely heavily on your snowpack interpretation skills and also to dig that many deep holes in the snow. Because of this, we can never be 100% certain about where the persistent slabs exist or not. For this reason, we need some wholly reliable tools to help us navigate uncertain situations.

The next section is taken from a blog we wrote last year on this very subject. We’ve copied and pasted it here because it offers some really good advice.

— Pull in the reigns. Adopt a conservative approach to choosing terrain. Be disciplined about maintaining that approach.
— Avoid steep, convex slopes.
— Stay away from thin/variable depth/rocky avalanche terrain.
— If the danger rating decreases, yet a persistent problem is still being reported in Avalanche Canada’s forecasts, it means the problem remains. It only indicates the problem is less likely to trigger. This situation is almost harder to deal with because the temptation will be stronger than ever to step out and ride bigger terrain. The solution is to remember the first point above, “Pull In The Reigns”.
— When the sun comes out after a cool period, loose snow sluffs out of steep terrain and cornices can begin to fall. Small avalanches and cornice falls add significant weight to the slopes below and increase the chance of triggering deeper persistent weak layers. Take stock what is above you and minimize your exposure when the sun is out.

Heed the advice above and be vigilant about it! It’s the only way to get some certainty from an inherently uncertain situation. Play it safe out there over the holidays and best of the season from all of us here at Avalanche Canada.