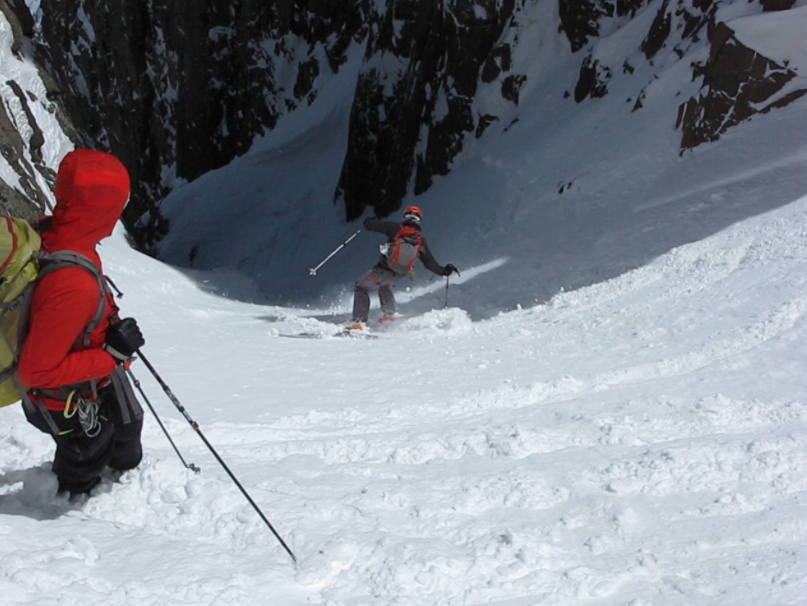 Here is some backcountry wisdom from the Banff area:

Spring avalanche conditions are about two weeks late, they can rise a lot from morning to afternoon, and they have experts urging caution.

“This snow has already lost its structure due to direct sunlight,” says Barry Blanchard.

“It’s quite moist, no longer sticking together. The next stage in its evolution is it gets like wet oatmeal. All you have to do is touch it and you’ll get a surface slough release of an avalanche.”

Blanchard is a mountain guide and associate director at Canmore-based Yamnuska Mountain Adventures.

“When you get a cold, clear night and the snowpack freezes and forms a frozen crust we have literally almost no avalanche hazard, and that can go to high avalanche hazard by the afternoon. It’s no longer bonded by an ice freeze, it’s now like wet oatmeal. It’s ripe for an avalanche, it just needs to be touched.”

A Banff National Park visitor safety specialist urges backcountry users to get in and out early in the day.

“Start really early, perhaps before sunrise and be on top of your objectives by mid morning and down before noon and for people just going out hiking, don’t forget there’s still avalanche hazard,” Conrad Janzen said.

“If you’re going out into the backcountry start early, finish early, and if you don’t have avalanche training don’t forget it’s still avalanche season.”

This year’s spring conditions came a little later than in previous years, he said.

“We’re probably, I would say, two weeks behind our normal period at least,” Janzen explained.

“It’s great for the ski season but it’s a bit of a concern for us now because it’s all warming in one big warm up instead of a gradual warm up.”

He said avalanche hazards could exist well into June this year.

But Blanchard says it’s possible to reduce those risks.

“People are pushing their scrambling right into the heart of winter and they’re getting in trouble with this phenomenon of spring avalanche conditions,” he said, adding people need to spread out.

“Minimizing exposure by spacing out 15 or 20 metres, not everyone is trapped in the same avalanche. If they need to go through a path, go one at a time, minimize exposure.”