Avalanche Canada: Spring should be simple

– It snows and blows and the avalanche danger rises.
– As newly formed storm slabs start to settle and gain strength our attention switches to where wind slabs are still lingering.
– Then danger ratings start to trend downwards as the avalanche problems become harder to find and more resistant to triggering.

There are times however when that cadence is interrupted and we public avalanche forecasters see more difficult trends emerge. We sift through information from a wide variety of sources and sometimes data conflicts, is ambiguous, and doesn’t reveal a clear story. There are times when the uncertainty about how a suspected layer will evolve is quite palpable. Right now is one of those times in the Sea to Sky and northern South Coast Inland regions. 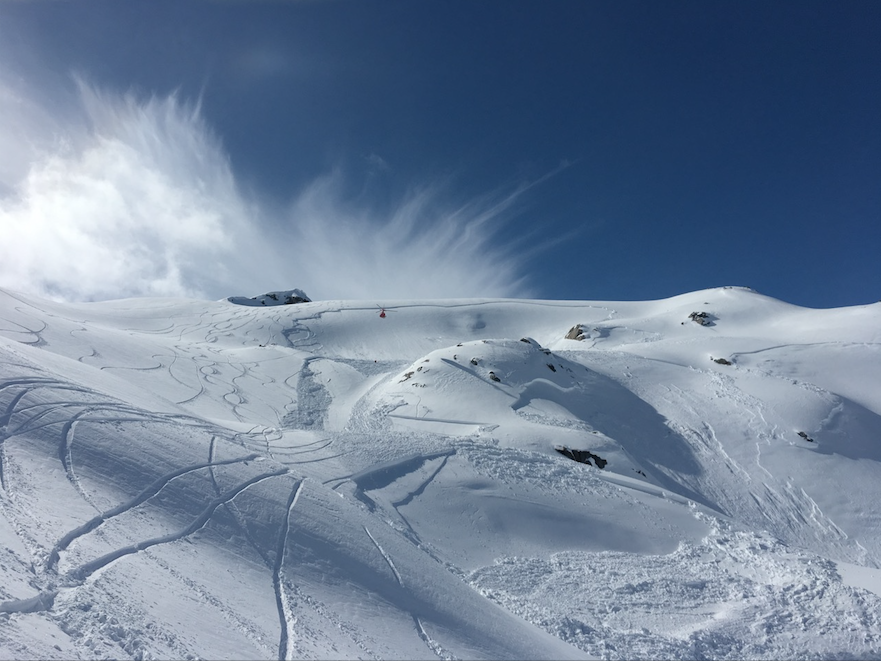 March 21st
What is so significant about March 21? Well for one thing it snowed on that day and buried a weak layer growing on the surface in the days leading up to that snowfall. We’re talking facets and/or surface hoar that formed during some cold clear nights. Most times, when referring to a weak layer, you’ll hear folks in the know talk about the “March 21st” i.e. the day the layer was buried. You could say it’s the avalanche world’s way of assigning a unique identifier to weak layers, or at least those that matter. Depending on where you are travelling in the region, there may now be 30-50cm of snow sitting on top of the March 21st. In a lot of places where the layer exists right above a hard crust surface. Reports indicate that you are most likely to find it buried on west, north and through to east aspects at treeline and above.

What makes this layer unique? Nothing as far as surface hoar and facet layers go … but the general nature of these types of layers is tricky. The problem is that they don’t always form everywhere. So when they get buried, if you haven’t taken note of where the layer formed (or didn’t), it is difficult to ascertain where the problem may exist. It takes a trained eye to dig down to recognize if the layer exists in one location and not another. An additional complication is the layer’s reactivity. In this case the March 21st became reactive quite quickly after being buried. This is very likely because the surface hoar and facets are sitting on a hard crust bed-surface.

Surface hoar and facets are often associated with persistent slab avalanche problems. What does persistent slab mean? It’s a problem in the snowpack that persists over a period of time. Think back to when we mentioned that the “cadence gets interrupted” above. This is a key phrase with regard to layers like these. The March 21st is a persistent avalanche problem and you can assume it will remain reactive in the short term.

– Pull in the reigns. Adopt a conservative approach to choosing terrain. Be disciplined about maintaining that approach.
– Avoid steep, convex, unsupported slopes at treeline and in the alpine
– Stay away from thin/variable depth/rocky avalanche terrain
– If the danger rating decreases, yet a persistent problem is still being reported in Avalanche Canada’s forecasts, it means the problem remains. It only indicates the problem is less likely to trigger. This situation is almost harder to deal with because the temptation will be stronger than ever to step out and ride bigger terrain. The solution is to remember my first point above – Pull In The Reigns.
– When the sun comes out after a cool period, loose snow sluffs out of steep terrain and cornices can begin to fall. Small avalanches and cornice falls add significant weight to the slopes below and increase the chance of triggering deeper persistent weak layers. Take stock what is above you and minimize your exposure when the sun is out.