Pemberton local Logan Pehota skied a phenomenal line and took first place in the Freeride World Tour (FWT) Kicking Horse event. Kylie Sivell from Rossland was the other Canadian to ski a solid performance to podium with a third place. 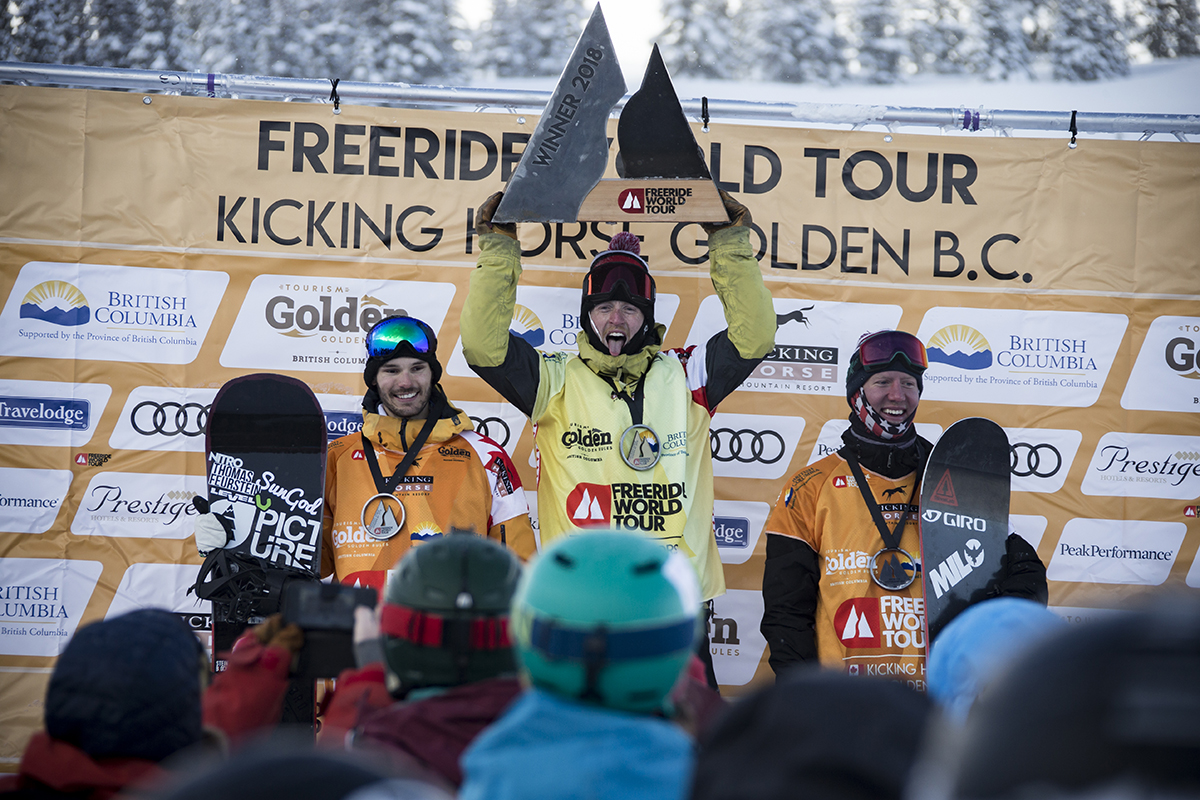 The competition delivered for spectators and competitors alike as the first-ever FWT event to take place at the legendary Canadian freeride destination was held in nearly picture-perfect conditions. Known for its technical lines, deep snow, and playful freeride-friendly terrain, Kicking Horse welcomed 47 riders in four categories for its inaugural competition and the only FWT stop on North American soil.

Competitors made their way to the 2504m summit, an alpine venue known as “Ozone,” where they launched into the 2018 season with spectacular lines. The residual fog burned off mid-morning and riders were treated to quality Kicking Horse powder all day long. 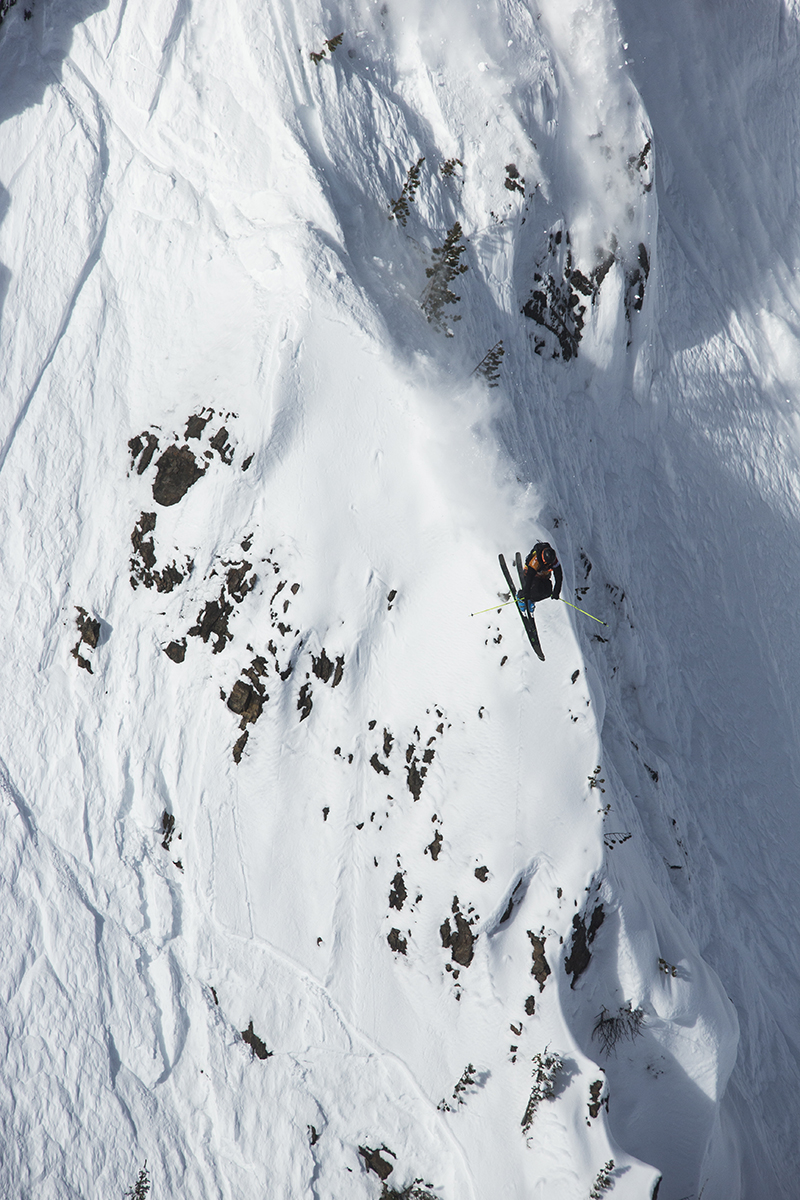 Ski Men
Pent up energy lead to huge airs and incredible riding in the Ski Men category. The local favorite and rising star Logan Pehota (CAN-1st Place) starting off with a massive 360 into an enormous air off the nose of one of the biggest features of the venue, ending up with one of the highest scores in FWT history (98/100). Markus Eder (ITA-2nd Place) threw a big and stylish 360 into a cleanly stomped cliff line lower in the venue. “Mad” Ivan Malakhov (RUS-2nd Place) dropped in with his trademark fury, hitting all the features as big as possible with clean style.

“So I just won the first stop of the FWT! On my home terrain! I couldn’t ask for anything better, honestly it’s just like a dream!”, says Logan Pehota. Watch the live broadcast here:

Ski Women
Eva Walkner (AUT–1st Place) took an untouched line with huge and technical airs, impressing judges and spectators alike. Arianna Tricomi (ITA-2nd Place) maintains her high level as she powered through the technical top part of the venue with speed and then perfectly executed a cliff zone at the bottom of the venue. Confident and solid riding put Kylie Sivell (CAN–3rd Place), the only female Canadian skier at the competition, in third place.

“I’m skiing with the best skiers in the world here in BC and I’m pretty stoked. It’s just crazy good to be on the podium!”, says Kylie Sivell. 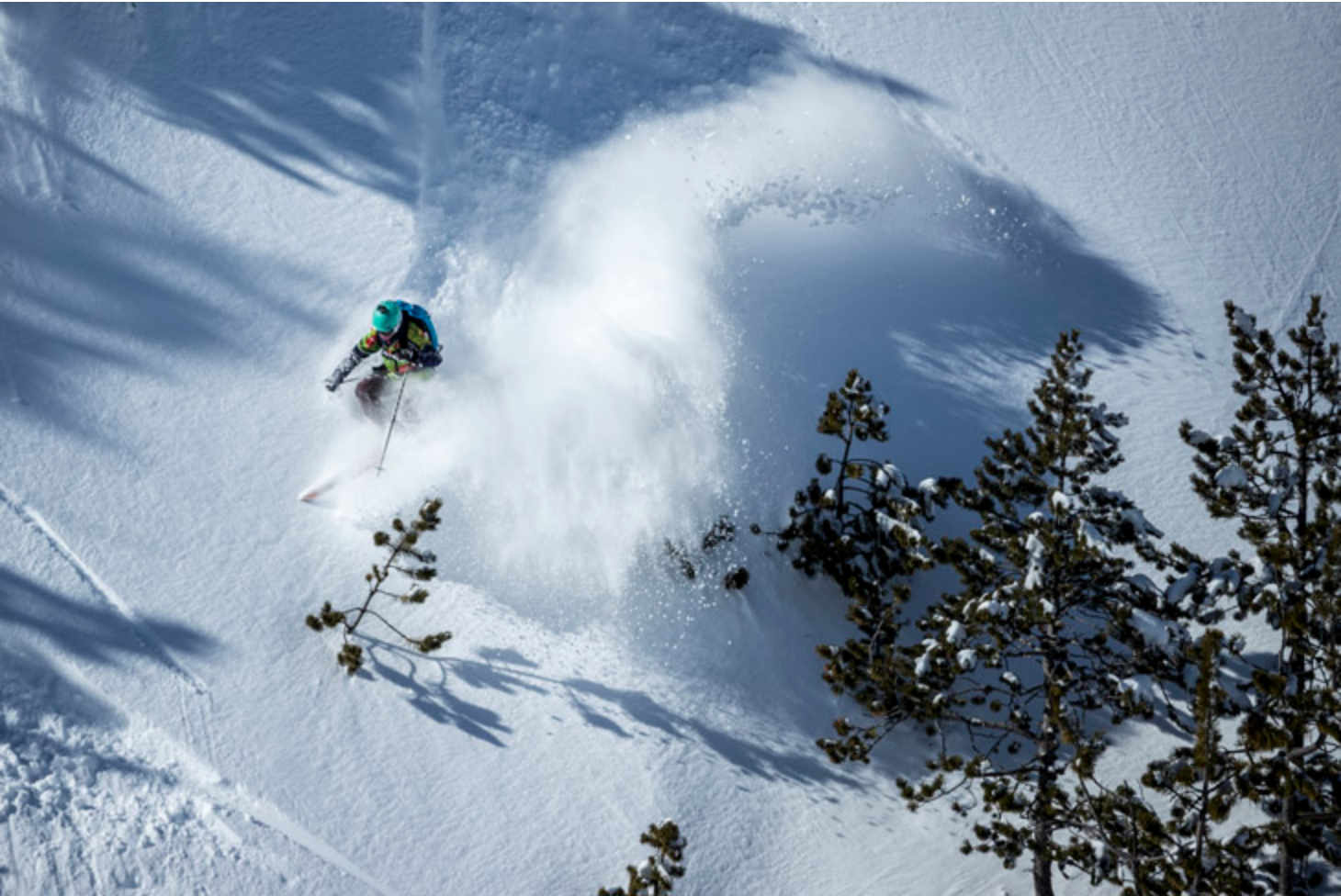 Snowboard Men
Alaskan Davey Baird (USA–1st Place) lit up the venue with a powerful series of airs featuring little hesitation, putting him on top of the podium. Snowboard legend Gigi Rüf (AUT) was not able to hold his line together after a clean 360 and therefore ceded his podium position to the always stylish Thomas Feurstein (AUT–2nd Place) and a solid run from Blake Hamm (USA-3rd Place).

Snowboard Women
Manuela Mandl (AUT–1st Place) launched into her run with a huge air at the top followed by successive stomped airs lower in the venue, winning the category by a large margin and picking up her first FWT win. Anna Orlova (RUS–2nd Place) picked her way through numerous unique and technical airs, earning second. Defending world champion Marion Haerty (FRA–3rd Place) rode strong with several technical line features, granting her a spot on the podium.

“I’m so happy that even while hitting sharks in the take off I still end up stomping everything!”, says Manuela Mandl.

It was an incredible start to the 2018 season following a cancelled event in Hakuba Japan due to poor weather. Kicking Horse will host a second event today as a make up. The FWT is taking advantage of Golden’s excellent weather and skiing, watch the live broadcast here.