I’ve been seeing some pretty weird up-tracks lately. Which leads me to speak out. 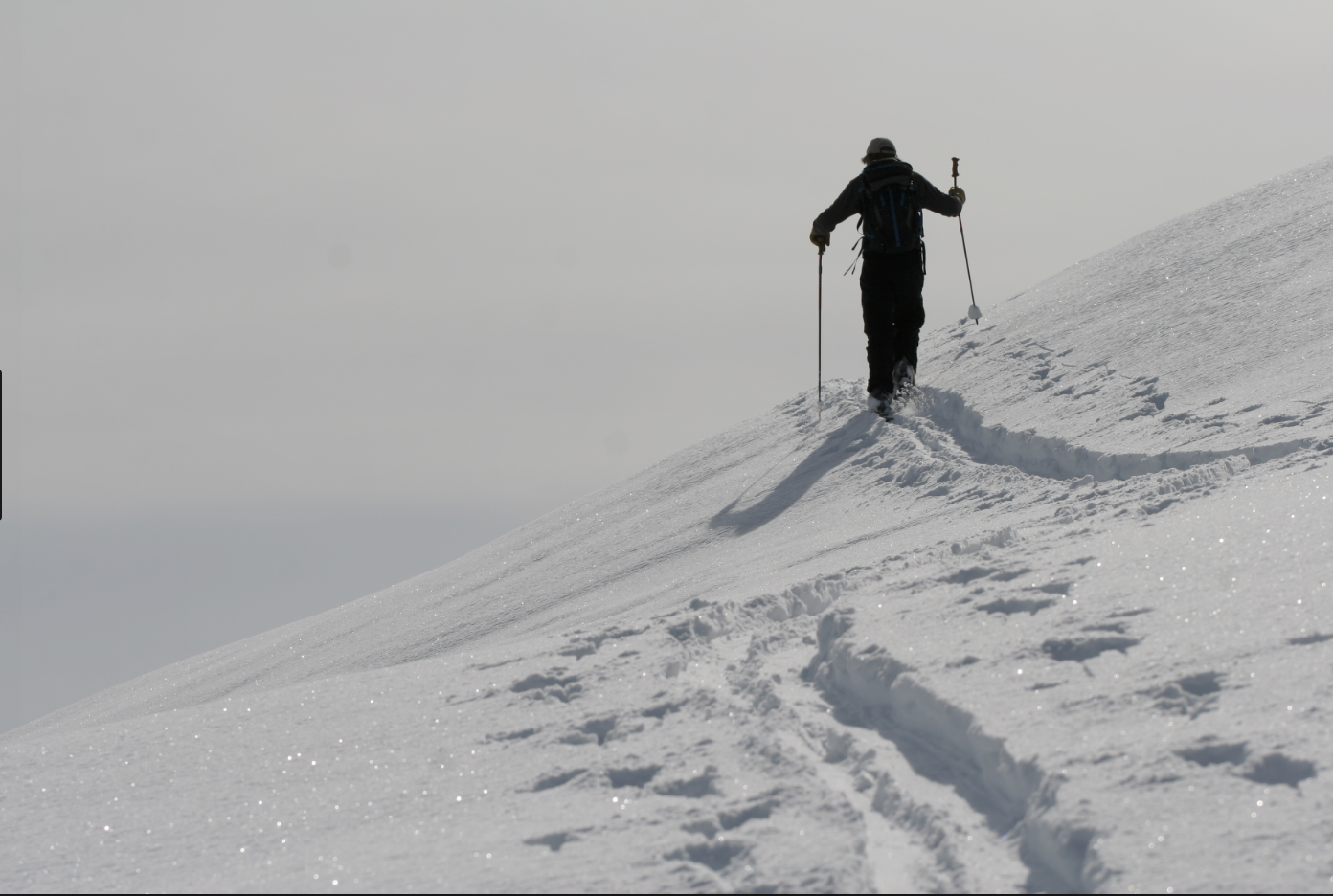 An up-track should be safe. DUH! I was following a young woman the other day and she set the track right across the biggest avalanche trigger convexity on the whole mountain. Another up-track switch-backed right up the middle of an avalanche gully. I mean, if the gully would have triggered, it would have taken out the whole party. If I die skiing the gnar, so be it. But I sure don’t want to die with my skins on.

An up-track should conserve the ski line. It’s a lot of work to climb a mountain. The reward is to ski untracked, soft, flowy POW. I’ve had someone tell me that if I’m not good enough to ski through multiple switch-backed up-tracks running right up the ski line, then I have no business being out there. Well, I am good enough to ski through up-tracks. But I Don’t Want TO.

Now here’s one that really gets me. I was climbing right up the middle of one of my favorite ski lines, following some ding-bat’s up-track, and then another ding-bat decided that we needed a totally new up-track, also right up the middle, but a few meters away. And then a third ding-bat put up a third up track. I’m not making this up. I guess if I’m good enough to ski through one up-track, I should be good enough to ski through THREE criss-crossing up-tracks. But I Don’t Want TO.

An up-track is a work of art, not a contest. If you make it too steep, it’s just a struggle. And all the thrashing gets you up the hill slower and with more effort and frustration. Oh yeah, I know that there are times when you have to go steep to get around an obstacle, but then mellow out. It’s about flow, for speed and efficiency.

All this seems common sense to me. If I’m being obnoxious, write in; Let’s discuss this.