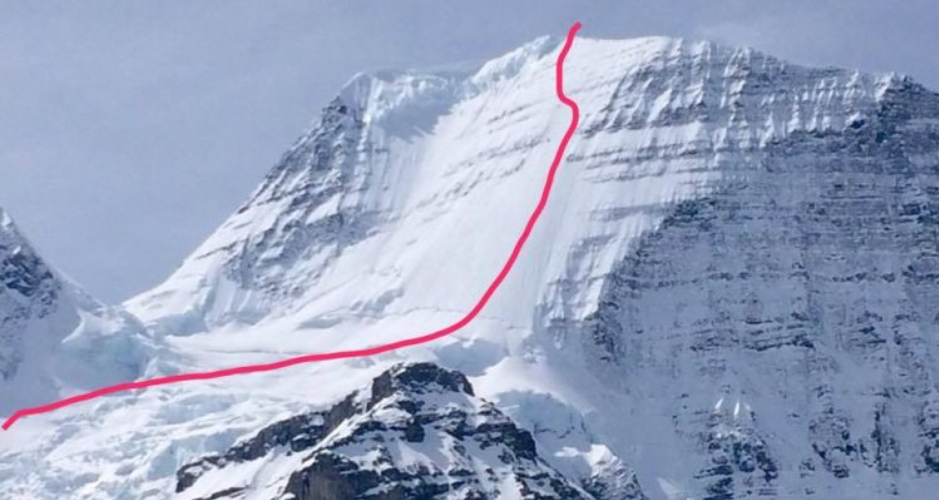 Revelstoke-based Dylan Cunningham is a 27-year-old skier who recently became the third skier to descend Mount Robson’s 800-metre North Face. He is the first person to ever solo-ski the steep glacier, tho the face has been solo-climbed a number of times.

Cunningham commented, “I skied off the Emperor Ridge from within 20 vertical metres of the summit… At the top I investigated what I think was the original line but it looked like there would be at least two mandatory rappels.

“If you compare a recent photo from to that from the 90s the you can see there’s a lot less ice than there used to be. I was more aesthetically drawn to a line just down the ridge.”

The North Face was first skied in September of 1995 by Troy Jungen and Ptor Spricenieks, Cunningham’s descent comes after many attempts by other skiers.

Peter Chrzanowski made several attempts to ski the North Face and didn’t succeed however was the first person to ski Mount Robson’s Kain Face, aslo solo.

Cunningham climbed the Kain Face with Dylan Chen and Kevin Rohn and then continued to where he dropped down below the cornice. The other skiers stayed in radio contact and Chen and Rohn skied the Kain Face and then watched Cunningham finish his big line.

Congratulations to all three! 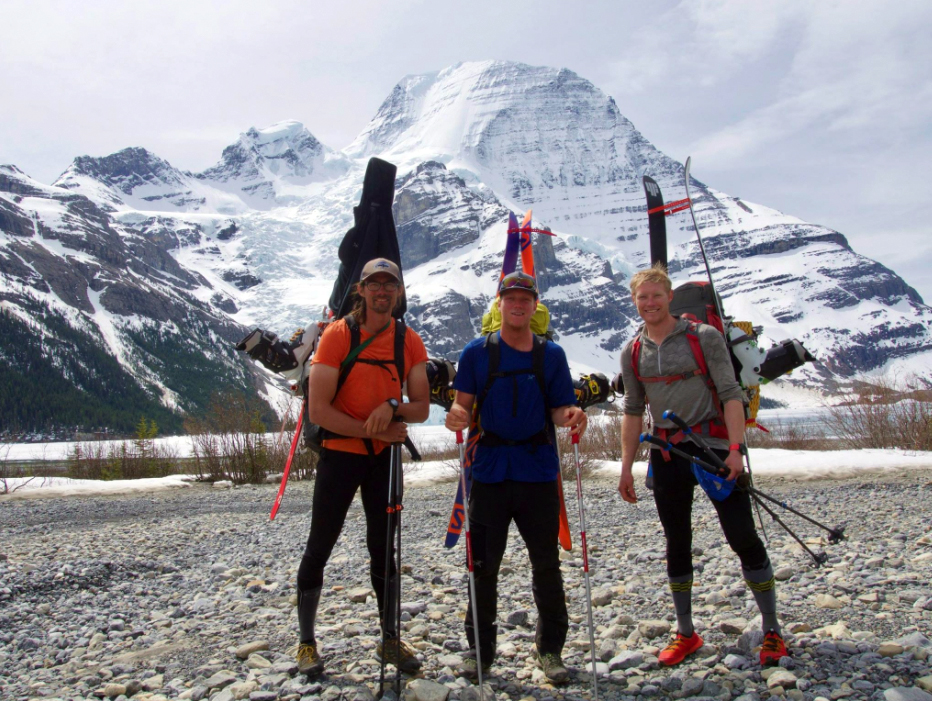