For the past five years KPOW has been running snowcats in Kananaskis Country. KPOW is short for Kananaskis Powder and is staged at Fortress Mountain, a closed ski resort with a long and colourfull history. In 2018 KPOW is going to retire its snowcats and spin lifts once again as Fortress Mountain! 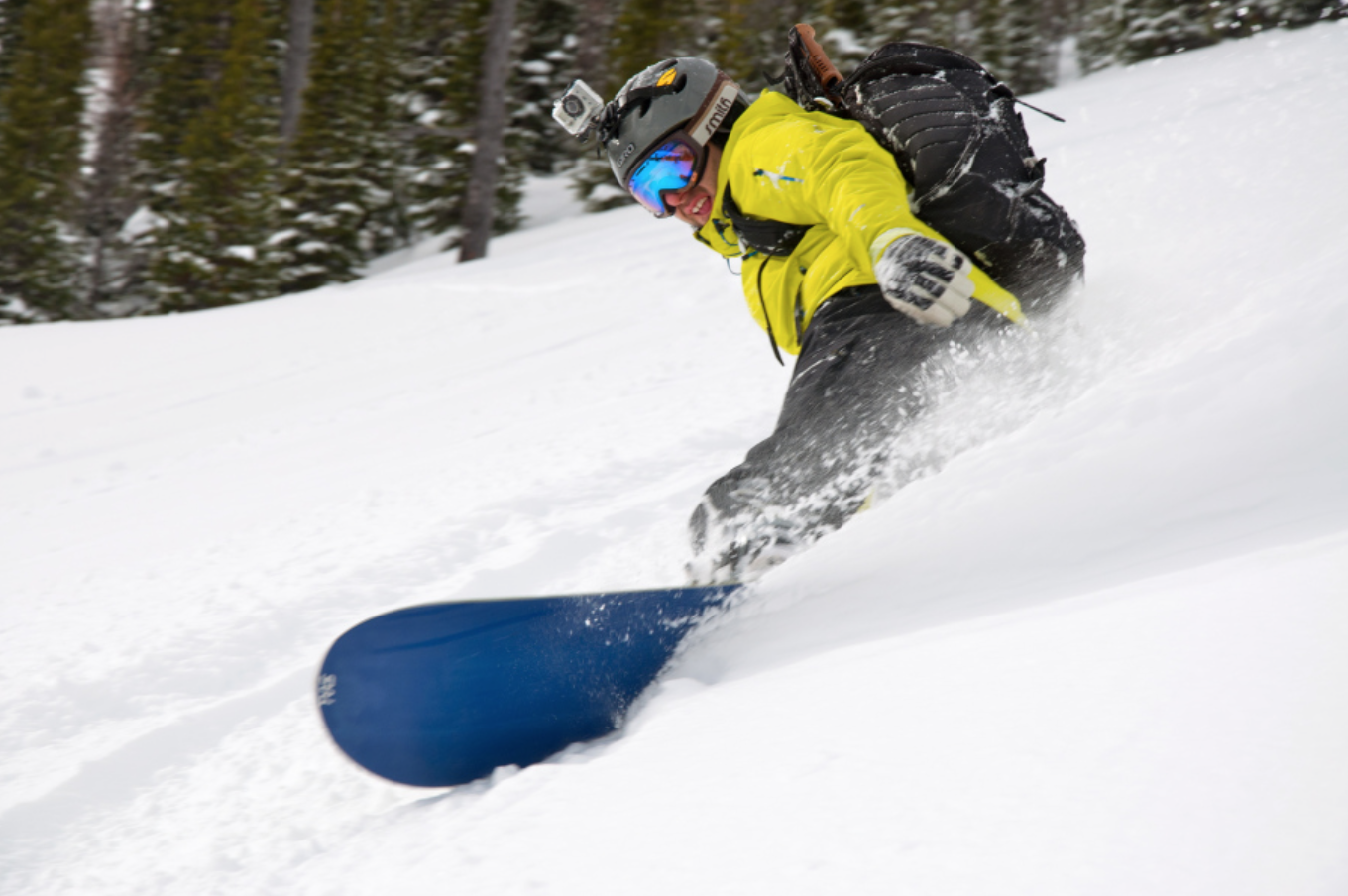 Fortress Mountain is poised to re-enter the Rockies ski scene with a revamped version of the funky little resort where the lifts haven’t turned in more than a decade. Plans are in place for Fortress to resume lift operation in the 2018/19 season using a mix of existing and new infrastructure. The old Fortress had 600 to 900 acres of open terrain, the new owners plan to greatly increase use of the 3300 available acres.

Their current Phase One planning has the re-establishment of the ‘traditional’ Fortress Terrain that would include the Canadian Ridge (Front Side and Back Side, the Far Side, and extensive use of The Bandits terrain pod. This Phase One opening is planned to also include a new daylodge, new water treatment facility, and establishment of an upgraded lifting system.

Chris Chevalier, president of Fortress Mountain Resort, says KPOW has been an exhilarating time for both the staff and guests. “We been taking 14 people a day and, basically, the cat is providing the lift service,” he explains. “The entire hill is theirs, and it’s been a wonderful experience watching the reactions of the guests as they have this great place all to themselves for the day. For us, it’s also really exciting as we are part of planning the redevelopment of this really beautiful and special area.” 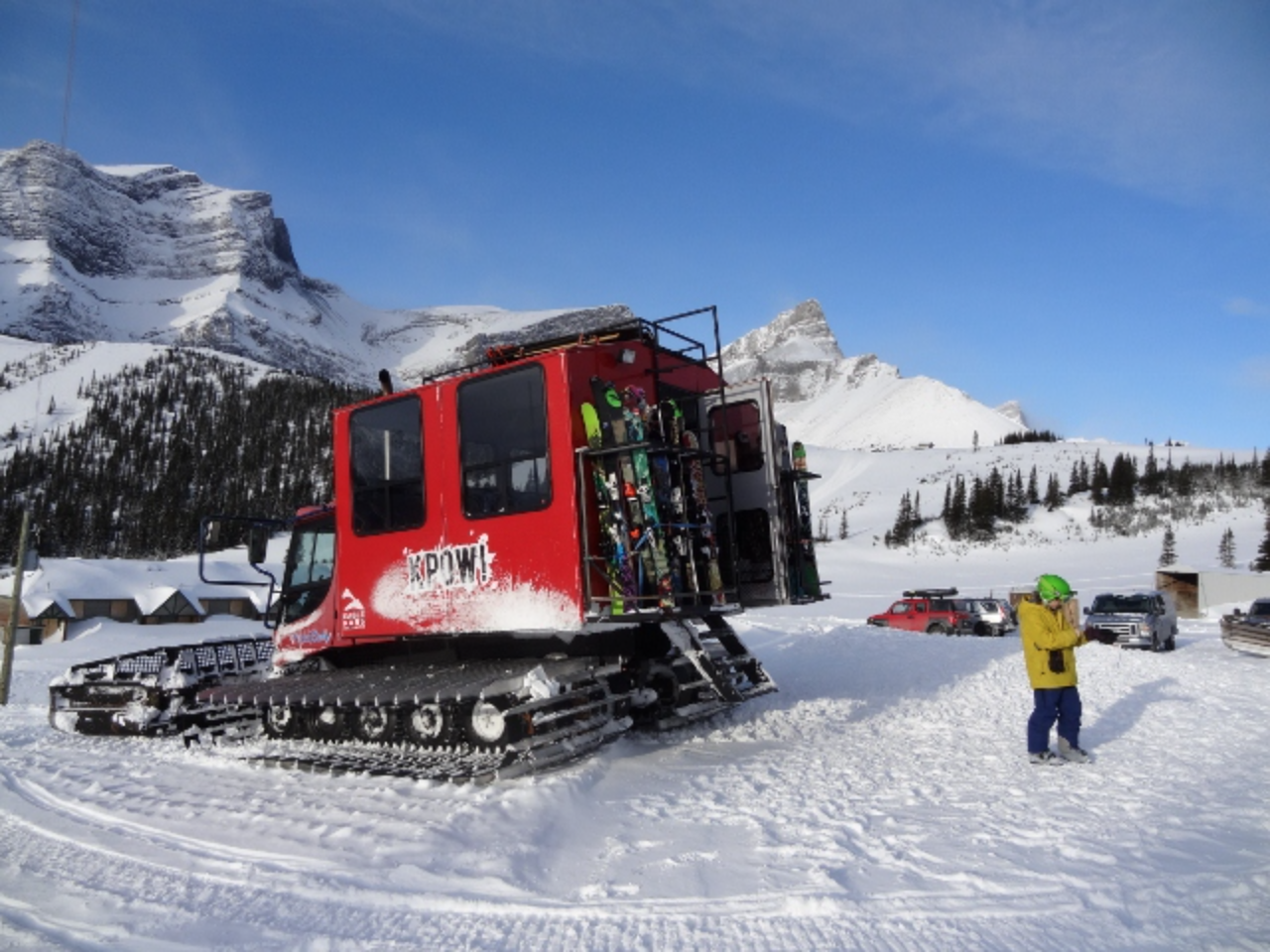 “We’re in our fifth season of cat skiing and we’ve been full from the get go,” Chevalier says. “We have one single cat and we are out four or five days a week, depending on the snow. We meet people at the bridge (at the start of the gravel road) at 8:30 am and drop them off at about 4:45 pm. The cat skiing is a break-even operation designed to let people experience what Fortress can be.”

Fortress Mountain was a modest little resort in Kananaskis Country that operated from 1967 to 2004. It originally started as Snowridge and was later called Fortress Mountain—a name derived from the rocky monolith that towers over the resort’s slopes. Its location is about half an hour deeper into Kananaskis Country than Nakiska and Kananaskis Village with the final leg of the trip up a narrow, winding, gravel mountain road to the resort’s base. While the skiing area’s vertical was only 335 metres, there were three separate mountain faces to ski on and plenty of easily accessible out-of-bounds areas that made the resort seem much bigger than it really was. 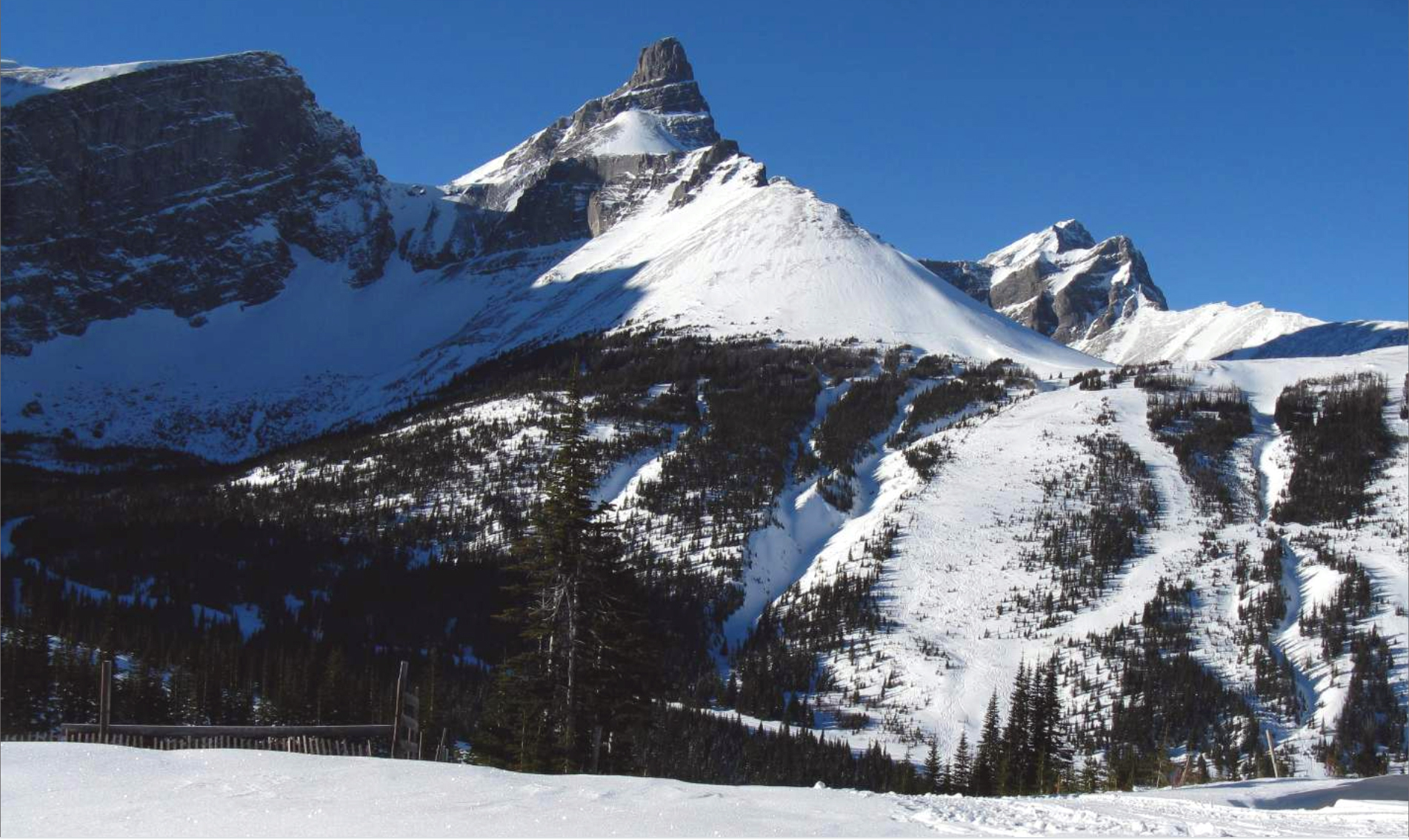 What started out as a quaint, remote ski area on the eastern slopes of Alberta’s Rocky Mountains eventually became a pawn for owners and corporations that had more interest in their other holdings than in developing Fortress. A pair of the resort’s more infamous owners were the Aspen Skiing Corporation, which stripped out one of the resort’s T-bars in the mid ’80s and moved it to Blackcomb to help open up the slopes on the glacier there, and Resorts of the Canadian Rockies who, after taking over Fortress in the ’90s, closed the resort down completely in 2004. RCR had wanted to develop rental accommodations at Fortress, but the Alberta government was not willing to bend its strict rules regarding development in the wilderness area. By the time Fortress was shuttered, the resort’s daylodge and other infrastructure was long overdue for reinvestment, but RCR, whose contribution to Alberta skiing the previous season was to shut down the Wintergreen ski area by Bragg Creek, was not the company to do it.

The Banff Railway Company bought Fortress in 2005 with plans for revive it, but had little success. The current owners, Fortress Mountain Holdings, purchased Fortress in 2010 and immediately began the cat-skiing operation.

It appears to be full steam ahead for Fortress at this point, as the owners are eager to re-enter the lift serviced business. For those of you who love catskiing this might not be your last call to enjoy the solitude and untracked Kananaskis pow. They do have some future plans that would possibly enable the continuation of KPOW and snowcat skiing at Fortress!