The Spearhead Huts Project is an opportunity for all existing and future Whistler backcountry lovers to support your passion. This is worthy cause with some really great skiing.

The Spearhead Traverse was first done on skis in 1964 by a group which included Karl Ricker, a well known Whistler resident. This was far before the first ski lifts appeared on Whistler Mountain and long before Blackcomb Mountain was developed. 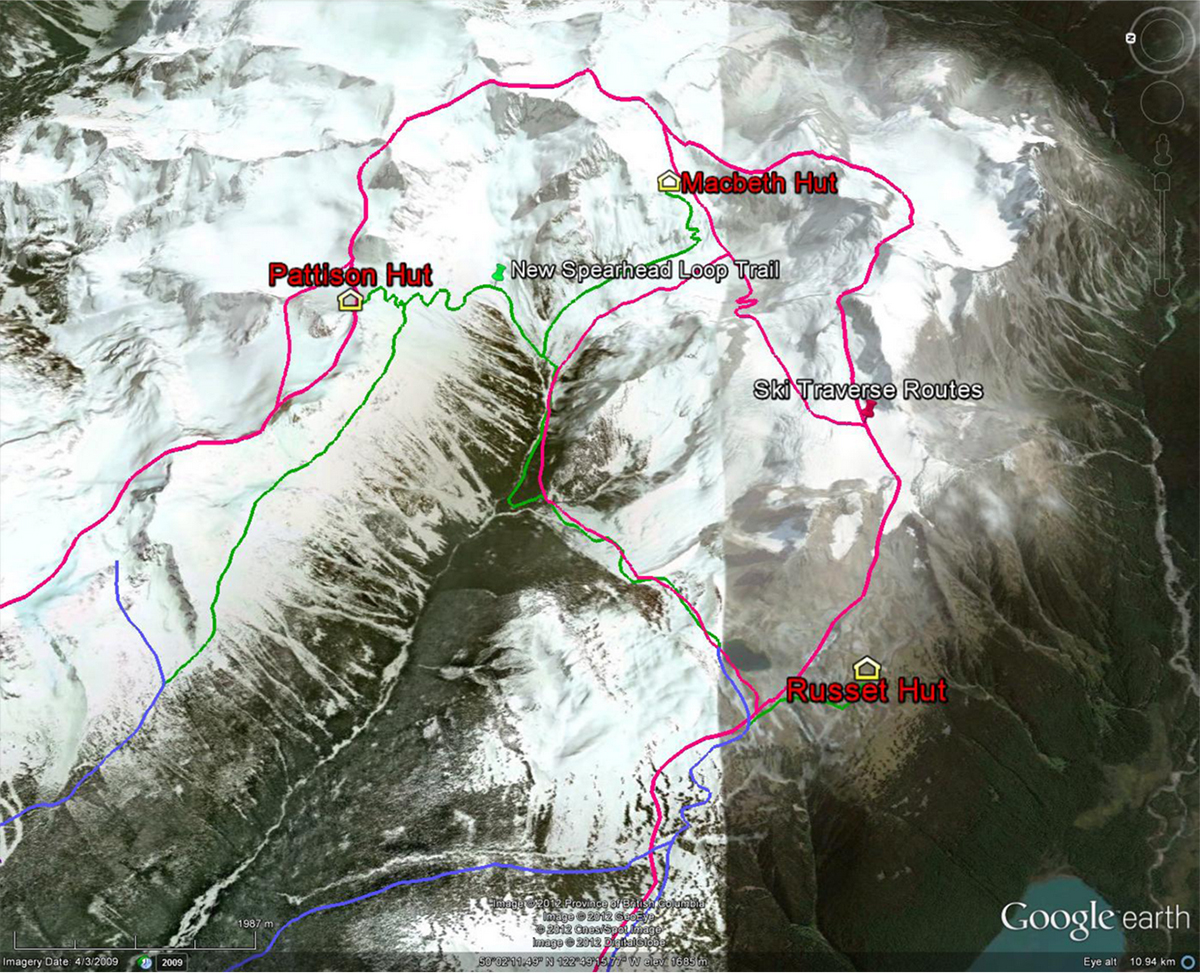 The traverse is truly a world-class ski route, comparable to Europe or anywhere else. It is 35 kilometers of stunning terrain that crosses 13 glaciers. The two ends are accessible from ski lifts on Whistler and Blackcomb. It is typically done in 2-3 days although many people go slower to take advantage of the numerous downhill ski opportunities and mountaineering objectives along the way. 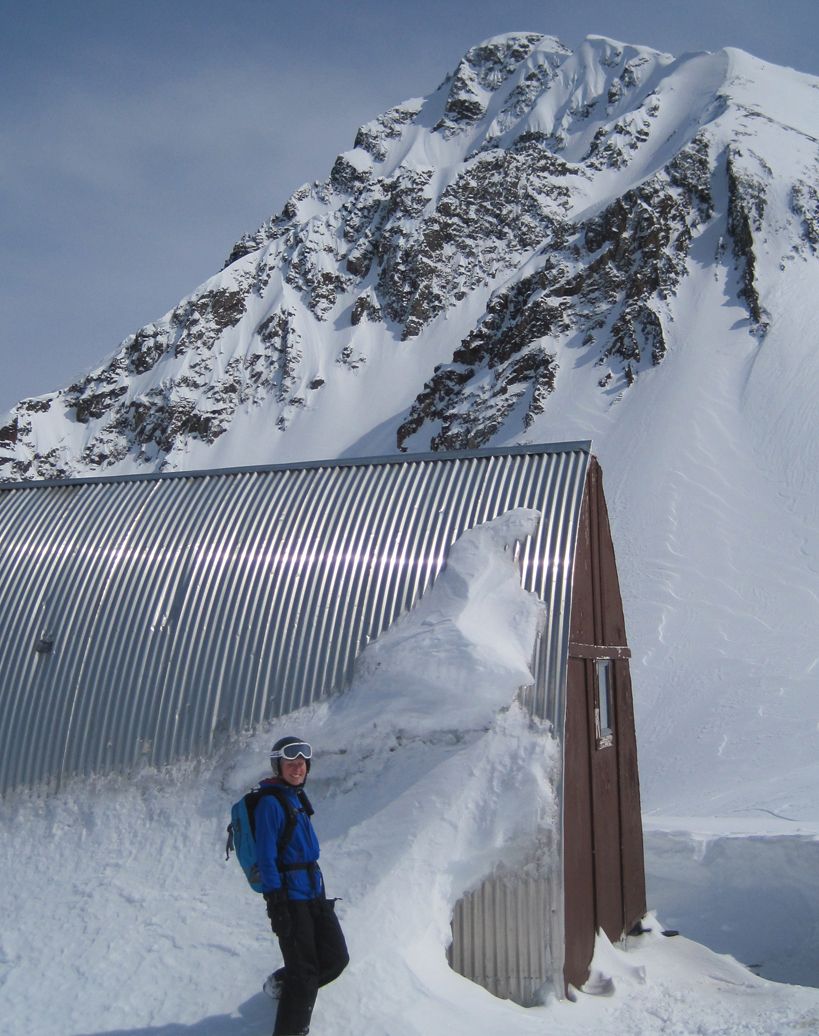 There is one hut on the traverse, the modest Himmelsbach Hut (above) at Russet Lake. This hut was named after Werner Himmelsbach, another Whistler resident. It is aging and small for the traffic it receives. Many visitors bring their tents and often there can be a dozen tents surrounding the hut on a summer weekend.

There is no summer trail equivalent to the Spearhead Traverse. People can travel the winter route by crossing glaciers or they can go cross country over talus, steep meadows, and through woods.

Currently an estimated 4,000 visitors travel the traverse each year.

The purpose of the Spearhead Huts Project is to build 3 huts along the traverse (one on Pattison, another near Russet Lake, and one on Macbeth) to reduce the adverse environmental impacts presently caused by people recreating there.

The huts will be designed to comfortably accommodate 35-40 people, and be available to the general public at a low cost (approximately $20 – $30 per night). They will be built and operated using the best standards in the industry, and will minimize environmental impacts in the area.

The cost of the huts will be an estimated 1.6 million dollars, all of which is to be raised through donations.

This summer, with your help, the Spearhead Huts Society will break ground on the first of three modern alpine huts linking the Spearhead Traverse in Whistler and creating a year round adventure that will rival the classic hut-to-hut experiences offered in the Alps. In order to break ground, the project needs a further $100,000 before Feb 1st to compliment a large and generous donation by the Kees Brenninkmeyer Foundation and other fundraising efforts we’ve made to date.