April did not deliver the snow cycles that powder skiers have enjoyed in previous years. Summer arrived months early and these warmer temperatures and below average snowfall has depleted the snowpack. The provincial snowfall average was only 53% of normal this year- which is the lowest level since 1980 when record-keeping began. Interestingly snowfall at BC ski areas was 100% plus of average at the end of March.

Hydrologist Tobi Gardner of the River Forecast Center comments on the snowpack, “Basically the North just didn’t get a lot of snow this year…Province-wide, it’s been a warm winter and a very warm spring that really chewed away at the snowpack through April.”

Some areas of BC are faring better than others, here is the snowpack data as of May 1st. 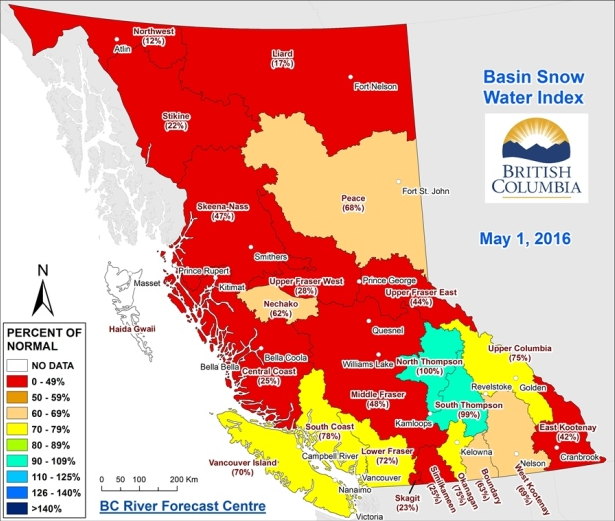