A Powder Alert for Castle Mountain pulls serious powder skiers from the region, because a powder day at the Castle is hard to beat. Powder lines will abound all day and with a bit of legendary Eastern slope wind, fresh lines will be available all week! 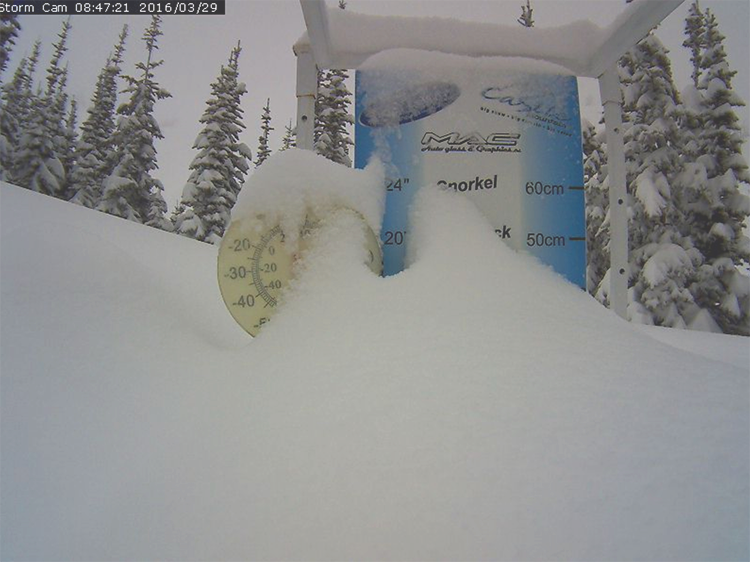 A 50cm dump is common at Castle in the spring as the Western storms circle and pound the Eastern slopes. Castle skiers have a bit or rivalry with Fernie, they frequently comment, “When it rains in Fernie we invite you to ski Castle!” This does happen occasionally and with the lifts being an hour apart, it’s a fun rivalry. 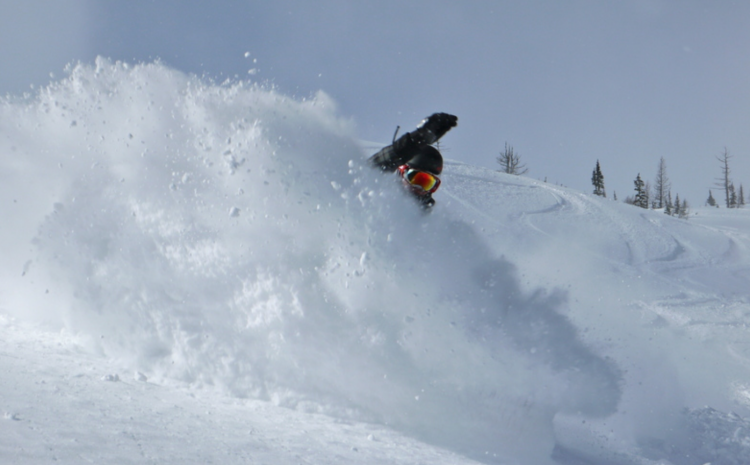 Many of you have either never skied or never heard of Castle Mountain. It is a very special place for several reasons, everyone who is passionate about skiing or boarding must visit Castle. Don’t expect a pretentious urban scene, it’s authentic and caters to real skiers. Its original claim to fame was the longest steepest runs of any ski hill in North America, and that hasn’t changed. Some of their in-bounds runs are steep enough that you don’t want to fall!

Most ski hills or resorts are compelled to exaggerate or downright lie about their product or service, and especially snow conditions. However real skiers and skier families define Castle, not oil tycoons or private equity firms. At Castle the owners passion about skiing rises above the almighty dollar and this is evident everywhere. In the bar you will most likely meet a couple of owners and enjoy a few drinks, and be invited to ski with them the following day. 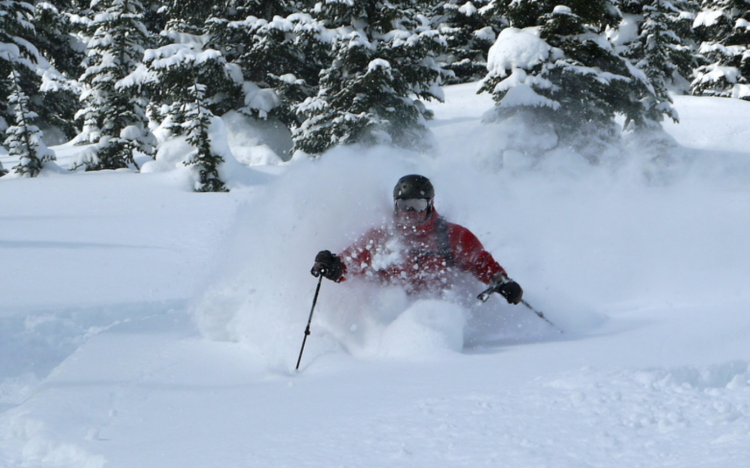 Any how this very special place came came to be, the Castle story is as follows:

In the beginning there was snow, next there were mountains and then came masses of frantic powder hounds anxious to get first tracks.

At Castle Mountain Resort after a snowfall, rare is the day when you can’t find fresh tracks at 3:30 pm once you’re familiar with the fantastic vagaries of Castle terrain.

When did Castle Mountain’s history begin and how did the current incarnation of the mountain come about?

According to the weather pundits the snow drought began in 1973, the diehards at CMR find this hard to believe, as even during poor years there’s always great snow somewhere. According to weather pundits, pre ’73 there was significantly more snow. This was very apparent to Paul Klaus and a group of Southern Alberta investors aware that the only way during the early ’60’s into the West Castle valley was with a D-9 Cat. Settled snow on the valley floor exceeded 2 metres and subsequent to the great fire of 1938 there were very few trees on Gravenstafel Ridge, which sparkled in the developers eyes and offered 3200 feet of consummate skiing.

In the summer of 1965 Paul Klaus and a group of Southern Alberta investors installed 4 Mueller T-Bar lifts on the mountain, gaining approximately 2500 feet, with aspirations of installing a fifth lift to the summit in the near future. They built a beautiful Swiss style lodge at the base with a number of rental accommodations and opened to the public in December of 1965. Strong skiers and athletic families from all over Southern Alberta fell in love with the fantastic terrain and stupendous views offered from high on Gravenstafel ridge. The 14 rental rooms and accommodations were full on weekends but the resort suffered financially from lack of traffic during the week. The highest T-bar was subject to wind closure and frequently not open. Eventually, in 1972, it was sold to Mount Baldy in Osoyoos.

On New Years Eve of 1975 the main lodge caught fire and was lost. Trailers were moved onto the foundation and the hill reopened by early February. The owners at that time felt this was the last straw and allowed the ski hill to be taken over by the Town and Municipal District of Pincher Creek.

The following couple of years were plagued with massive rain events and warm weather. One season the hill only managed two weeks of operation. This was not entirely the weathers fault, limited grooming equipment and techniques laid open the mountain to the scalpel of the Chinook winds and much unpacked snow was lost this way.

The rate payers in the MD of Pincher Creek became disenchanted with the ski area and in 1994, bowing to public pressure the MD Council pulled the plug on the operation. This was a blessing in disguise, the Westcastle Supporters Association [WSA] a group of avid Castle men and women created a trust fund to ensure the solvency of the hill and with the MD’s best wishes undertook to operate the mountain. The first year was a struggle but the second year, 1995, demonstrated the possibility of greater things to come.

A core group incorporated “Castle Mountain Resort Inc.” and in the summer of 1996 purchased the resort and its assets from the MD of Pincher Creek. An initial share offering raised enough money to install a triple chair at the base, buy a second snow cat and most importantly purchase a double chair from Sunshine. There were also plans to open the top of the mountain and quadruple the ski terrain. During the summer of 1998 this was accomplished. The resulting terrain improvements put Castle on the map of great places to recreate with some of the best fall-line steeps in North America.

What impresses me with this story is local ownership. The skiers and boarders own Castle Mountain, could it be any better! Well Castle is just like that, as good as it has always been, better that anything your skiing these days unless you’re skiing at Castle. Don’t feel any pressure to get there this year, nothing is going to change quickly, the skiing will remain great, the people will be real, just make sure that you ski this place because it’s genuine skier experience!