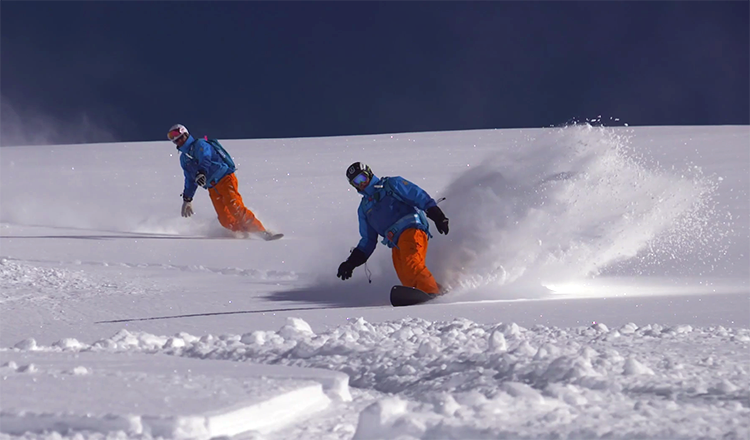 He and friends, Francois Lafon, Tony Carel, Anjan Truffer and Danny Stoffel, are on a run called Little Matterhorn surrounded by the North and South Canoe Glaciers.

John commented, “I have always wanted to expose the beauty of this area with a drone. It seems to be the tool to show the grandeur of this incredible environment we are privileged to make a few tracks in.”

As the originators of Heli-Skiing, they had first-pick of the finest terrain throughout the Columbia Mountains, with some of the best snow conditions in the world. We’re talking about vast expanses of the most pristine powder for high alpine glacier skiing and the finest tree skiing on the planet.

Valemount Lodge was built in 1998, however this exclusive private heli-skiing program has operated in the region for over 20 years. Within the walls of this beautifully designed post and beam lodge, harbors CMH’s best kept secret.