In the wake of the deaths of five persons in an avalanche near McBride on Jan. 29, 2016, the BC Coroners Service and Avalanche Canada are joining to stress the need for preparedness for those heading into the backcountry this winter.

According to Avalanche Canada, Karl Klassen reported that the avalanche was “very large” and caught three groups of snowmobilers in its wake. The avalanche danger was marked as considerable at middle and upper elevations in the Northern Rockies with multiple weak layers resulting in a complex, hard to read snowpack. Conservative route finding and thorough evaluation of the snowpack were recommended when traveling in avalanche terrain. 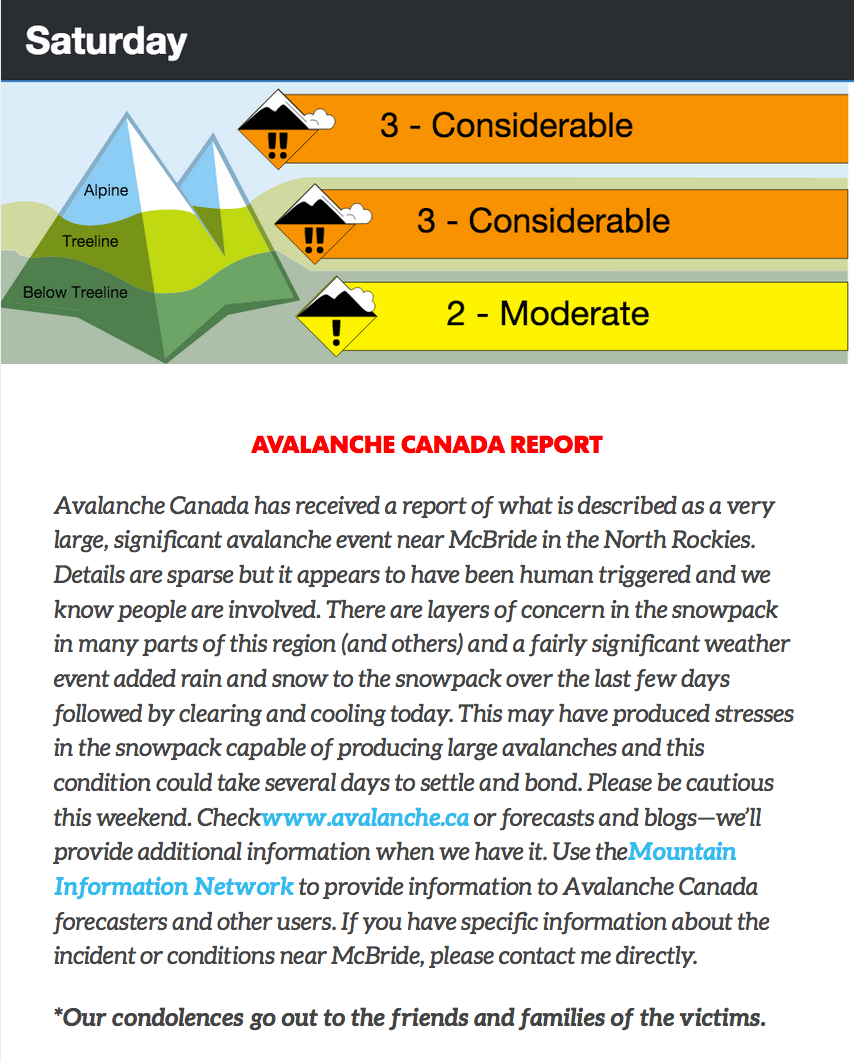 A total of 17 snowmobilers were in the Mount Renshaw Alpine Recreation Site when the avalanche hit. First responders, the Coroners Service and Avalanche Canada all note that the majority of groups had proper rescue equipment with them, and that the impressive effort made by those on scene to rescue themselves and others undoubtedly prevented the loss of more lives.

However, notes Gilles Valade, executive director of Avalanche Canada, even better than knowing to respond to an avalanche incident is knowing how to prevent one from occurring in the first place. “Avalanche safety education is essential for all winter backcountry recreationists,” said Valade. “Basic skills, such as recognizing avalanche terrain and not exposing multiple people to overhead hazard, make a big difference in reducing the consequences of an event.”

Equipment alone is not enough, noted Chief Coroner Lisa Lapointe. Three of the five fatalities from the Renshaw avalanche had deployed avalanche airbags designed to “float” someone along the surface of a moving avalanche. But the airbags were ineffective in this case because the victims were in a gully at the bottom of a slope – an area where the debris flow of the avalanche is too constricted. 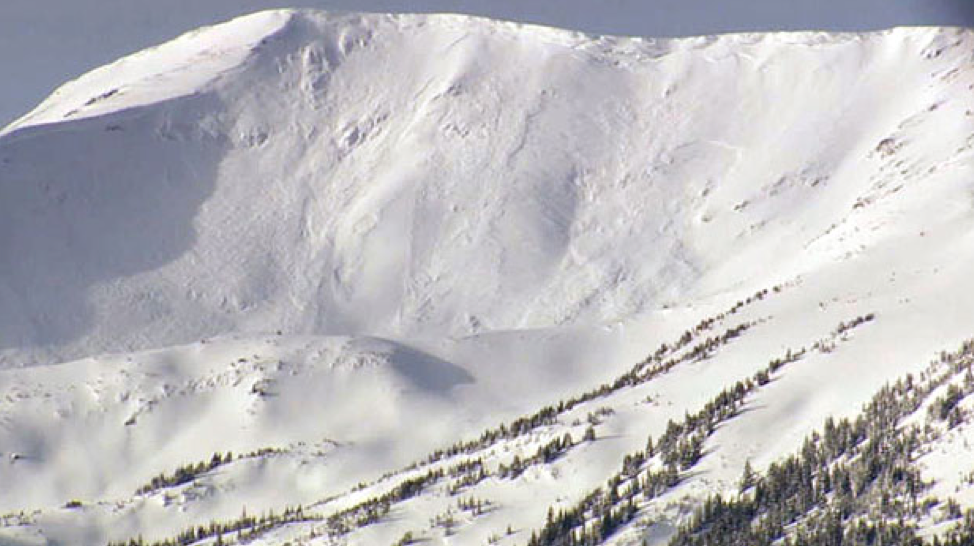 The vast majority of fatal avalanches are triggered by the victim or someone in the victim’s party. Avalanche Skills Training courses teach proper trip planning, terrain selection and safe travel techniques, which can be effective in preventing accidents.

Information about current safety conditions, as well as training courses and equipment needs can be found at Avalanche Canada’s website, www.avalanche.ca.