Ski it if it’s white?

Christmas break was an amazing time in the mountains of Western Canada. In many areas, Santa Claus delivered a sweet mix of improved low elevation access, low avalanche danger ratings and deep powder. Sure, there were isolated surface instabilities that developed periodically at higher elevations, but generally speaking, most big objectives were good-to-go.

This was the physical condition that developed in many of our forecast regions, but what about the subsequent “open season” mindset that developed inside those of us who were out shredding during this period? This ski it if it’s white approach to terrain selection was arguably justified over Christmas break, but the snowpack has recently undergone a significant change. With that, our attitudes and strategies for managing the developing avalanche regime must also change. 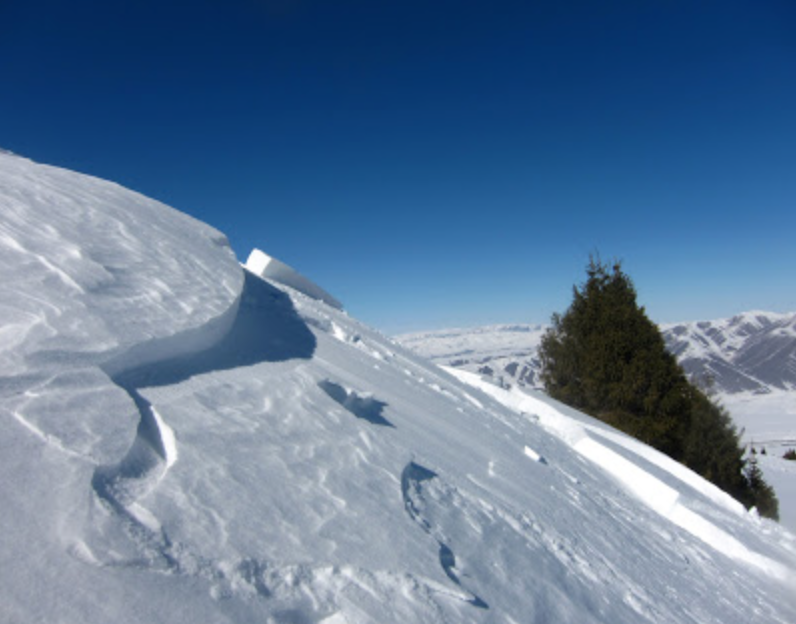 Cold and clear weather at the beginning of January encouraged the formation of weak surface hoar crystals. More recent storms have buried these weak crystals and a cohesive and reactive slab has developed (picture a white mattress overlying a million little martini glasses).

In most of these regions, these weak surface hoar crystals are buried 30-45 cm below the surface. The exact distribution of the surface hoar is tough to pin down, but if I were a betting man I’d say it’s most widespread and reactive at treeline elevations and below. That said, spatial variability and surface hoar go hand-in-hand. In some valleys, strong winds may have destroyed the surface hoar prior to its burial, while in other drainages it may exist on all aspects and elevations. The scary thing is it’s now buried by a bunch of snow. You won’t know if it exists on the slope you want to ride unless you have x-ray vision, or unless you have the skills to dig down and adequately test for this layer.

Professionals throughout the province are carefully tracking this layer and quite a few recreationists have been caught by surprise. Thank you to the individuals who have shared their experiences on our Mountain Information Network.  Here are just a few great posts that describe the developing scenario by region:

Most of the related avalanche activity to date has been in the size 1-2 range, but this weekend will bring varying amounts of new snow to the province. The South Coastal regions are likely to see the highest accumulations. In these regions, the new snow will bring its own mix of surface instabilities, but the storm will also immediately increase the size and destructive potential of avalanches failing the deeper surface hoar crystals. In the interior and in the northwest, where we’re expecting more modest accumulations, we’ll likely see an incremental loading pattern. In other words, the developing slab may increase in size and reactivity in different places at different times as wind, temperature and snowfall amounts will vary from range to range, and perhaps even from drainage to drainage with each successive weather system.

In either case, it should be clear that our mindset needs to change as we venture into the mountains under this new avalanche regime. “Open season” is over. Instead, I’d suggest adding words like variability, uncertainty and conservative to the morning discussion.

Here are some strategies to help manage the developing avalanche problem:

• The Avalanche Bulletin provides general guidance, but you’ll want to pay close attention to local conditions, which will likely vary throughout forecast regions and will affect local hazard. If you’re trained to do so, dig down and identify the surface hoar layer and consider backing off to simple low-angle terrain as the overlying slab gets deeper and more cohesive. Depth will add mass to the avalanche and cohesion will contribute to its ability to propagate over wider distances.
• Anticipate the slab being deeper and more consolidated in loaded areas in wind-exposed terrain.
• Test the reactivity of the slab by ski cutting small, low-consequence slopes that share similar characteristics to the slope you’d like to ride.
• If there’s no slab or the slab seems manageable (it’s lower than the top of your boot and unconsolidated), gradually progress into more aggressive terrain while assessing the consequences of an avalanche if it were to release.
• Be wary of terrain traps: places where the burial depth or injury potential of even a small avalanche is magnified. Gullies, open water, crevasses, tree wells, cliffs, and rapid transitions from steep to flat are some examples of terrain traps.
• Use the Mountain Information Network. This is a great way to share what you’re seeing wand observe how the developing avalanche problem is reacting in specific locations.

At the end of the day, safe mountain travel is all about terrain selection. If all of this sounds too confusing, err on the side of caution and stick to simple, lower-angle terrain. Bringing it all back to Bowie, I don’t know exactly how the snowpack is going to shape-up in every region, but I promise it won’t be boring.