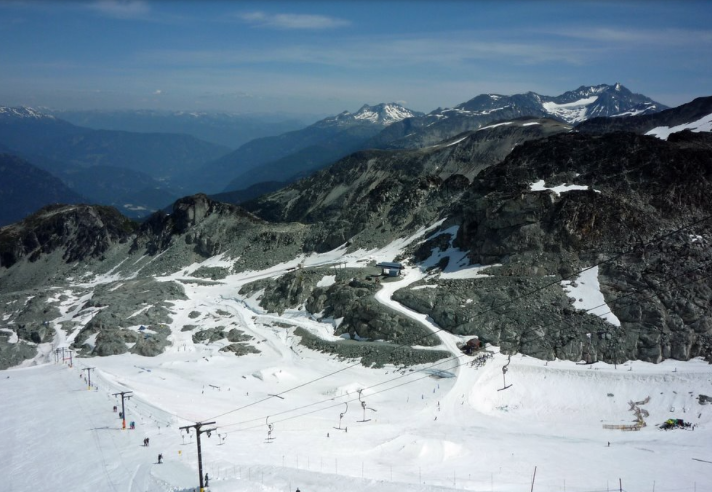 “The goal of this project is to preserve the high quality product we currently offer in both the winter and summer months,” says Dave Brownlie, President and CEO at Whistler Blackcomb. “A snowmaking system on the Horstman Glacier could assist with preserving our summer glacier experience for guests to enjoy in the future, as well as improve the early season access to glacier skiing and snowboarding during the winter.”

During the summer months, the Horstman Glacier is one of two glaciers in North America to offer skiing and snowboarding and serves as a training area for ski and snowboard national teams from all over the world.

“Snowmaking on the Horstman Glacier has been a discussion at Whistler Blackcomb for several decades,” says Arthur De Jong, Mountain Planning and Environmental Resource Manager at Whistler Blackcomb. “If the pilot project is conclusive, this unique project will become a significant addition to Whistler Blackcomb’s list of adaptations to ensure long term resilience against climate change. We will use the data we obtain from this one-year pilot project to determine if an expanded snowmaking system could assist with preserving the Horstman Glacier.”

Installation of the new system will begin in late July following the summer skiing and snowboarding season on the Horstman Glacier, with snowmaking anticipated to begin in early October. The system will use low-energy snowmaking guns and water from the snowmaking reservoir above the Rendezvous Lodge on Blackcomb Mountain.