Spaghetti On The Wall and Dawn Wall

About twenty years ago, my nephew, Ben Wittes, then just fresh out of college, told me that he wanted to be a writer. “Ha, Ha,” I replied, “You’re going to have to learn how to be really, really stupid.” My perspective of course, derived from adventure writing, people like me, who launch their tired and mangled bodies into life-threatening situations, come home alive (hopefully) and get paid to tell their tales. Somehow, I simply forgot to tell him that there is an alternate strategy, “Learn how to be really, really smart.”

Ben chose the latter approach. Rapidly, he rose to become a senior editorial correspondent at the Washington Post, wrote a bunch of books on politics and supreme court law, figured out how to charge gobs of money in speaking fees, and eventually meandered through the labyrinth to become “Senior Fellow and Research Director in Public Law” at the prestigious US think-tank, The Brookings Institution.

Touché on me and my advice. 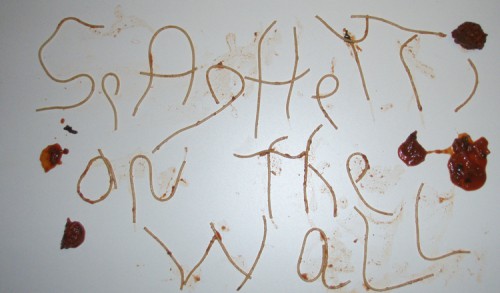 Okay, jump now to fall of 2014, when, at a family gathering, Ben asked me if I would join a new, online, podcast production company he and colleagues, Shane Harris and Jen Patja Howell have started, Spaghetti on the Wall Productions. My immediate reaction, echoed by my sister, (Ben’s mother) was, “What the hell does Jon know about national security law?” Zero, zip, zilch, other than some clichés that any of us can pass around on chair lifts when prompted by a stranger from Saskatchewan, wearing blue jeans and a baseball cap.

Ben, Shane, and Jen, being clever sorts, anticipated this question. “Spaghetti on the Wall” is not a political forum, but a forum where you throw random ideas against the wall and see what sticks, ie what remains in people’s minds and brings relevance to their lives. For better or for worse, I started by podcasting about not getting eaten by a crocodile one day. Check out my first podcast. 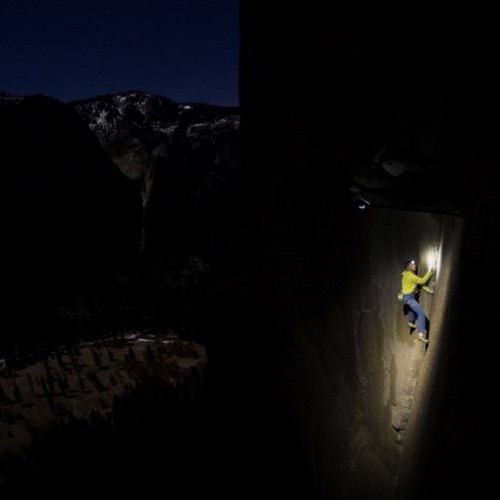 Let’s stop talking about ME, Jon Turk. Instead, let’s look at the single most relevant, amazing, hair raising event going on in the outdoor adventure world today. Tommy Caldwell and Kevin Jorgeson are, right now, as we speak, living on a porta-ledge on El Capitan in Yosemite Park, attempting what is generally considered to be the hardest rock climb in the world, to free climb the vertical, crack-less, near-featureless Dawn Wall. Several pitches of 5.14+, loads of 5.13 and “easy”, 5.12. If you don’t know what that means, look at the photos. According to the latest news, from Caldwell’s facebook page, posted on Jan 7 at 2.53 AM:
Tonight was definitely bittersweet. I managed to redpoint the final 5.14 pitch. Keven battled hard on pitch 15 late into the night but came away with another hole in his finger and no send. Tomorrow is a new day. Let’s all send Kevin good skin healing vibes. 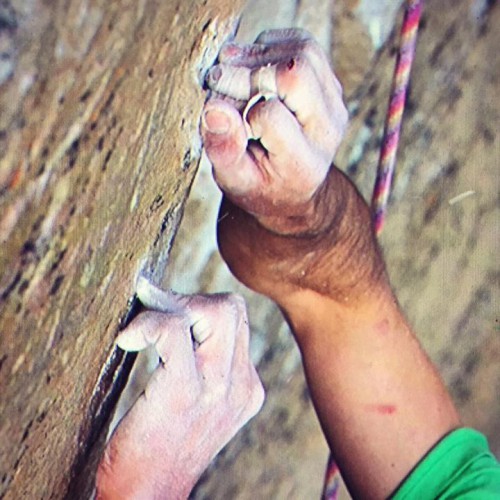 What is the importance of all this extreme adventure in the modern world? Is it just about a bunch of hedonistic, work-avoiding, risk-taking, adrenaline-junkie nutcases? Or do we, the rock-climbing, powder-loving, cliff-jumping readers of Powder Canada actually have something substantial to say to the world. I believe the latter is the truth. 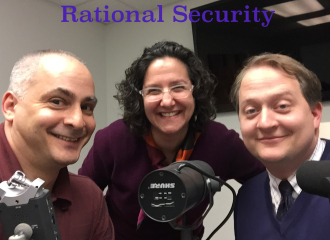 First of all, I believe, that enduring National Security, or Rational Security, as my Spaghetti colleagues like to say, is possible only through peace. They’ve tried 6,000 years of constant warfare in the Middle East and it doesn’t seem to be working all that well. According to the Dalai Lama, behind every action that a person takes, there lies that person’s kun long, his or her “overall state of heart and mind” at the time of that action. If the person’s kun long is wholesome, positive, and compassionate, then the action will lead to good – with the reverse being true as well.

Now, here’s my point: I believe that skiing, climbing, and generally being outdoors in nature is one way to attain a positive kun long. So, if through my writings and podcasts, I make a small, almost imperceptible impact on the global kun long, then I have all I can do toward promoting Rational Security. So, my advice to you readers, as it always is, finagle your way to the top of some snowy mountain, somehow, and let your spirit rise with the joy of sliding back down, turning left or right as your heart desires.