The Glacier, the Canoe and the sure thing

We live in a world full of market hype and speculation. This is reality. The whole world has faced this since the beginning of time. Some deals are darlings, some will cost you dearly, but I can give you a deal that will make speculating in and around the Valemount Glacier Destination look like chump change.

But before I give you the stock tip of a lifetime, let’s briefly go over the history, and the present. Valemount, the town I live in was largely insulated from speculation until the Canoe Mountain Resort was signed into being on December 6, 2003. Remember that one? Canoe was going to be the next Whistler…

At the time three cabinet ministers came up to ink the deal and announce to the world it was happening. Everything was there, every partner consulted (save First Nations); every level of government was prepared to make the project happen come hell or high water. Newspapers from Vancouver and from Edmonton told the story of this proposed resort so engagingly that, on their first visit to Valemount, they were surprised to see that the project was not operational.

Deposits were put on to lots (on Crown land) that hadn’t even been surveyed, let alone purchased. Folks from Victoria and Edmonton bought homes in the ‘next Whistler’ two at a time.

Well, both hell and high water came. The developer suddenly had heart problems; his group lacked the money to go further, and couldn’t find others willing to invest. While speculators were buying houses in a market sure to fire up, no one wanted to invest in the project’s infrastructure.

When the flower fell off of the proposed project, no one could afford to sell their newly acquired homes at their actual value.

At the same point in time the lumber mill closed (our largest employer at that time). The town was in a conundrum. We had very high housing prices, and almost no work. What might have been a spike in housing prices turned into a new reality, they stayed high. It was a terrible time for the community. The population dropped by 20%.

By 2009 a global financial meltdown meant folks had to let go of those properties. Houses became cheaper, and a generation that had been frozen out of Valemount picked up the odd good jobs still present in Valemount and bought back into the community.

The community has been slowly regaining strength and vigor after that incident. Today we are more resilient than ever, school populations are climbing, the economy is growing incrementally, if not exponentially. Today Valemount represents a good investment because of what we have, rather than what is promised. 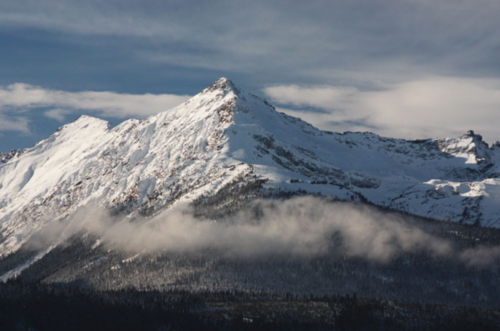 Believe it or not, there is widespread support for the next project, Valemount Glacier Destinations. Naturally skepticism abounds, but there is a positive, no nonsense approach now. As a backcountry skier, I have tasted the turns on Mount Trudeau. It is steep and deep, and amazing terrain. Local folks have pondered a ski hill in this area since the 70s and an official notation was put on the map in the 90s.

While a great project, many folks in the community don’t want people to believe this project is a done deal before it is, in fact, done. The article posted on PowderCanada.com said as much, but it is inaccurate.

From my perspective of mayor from 2011 to 2014, VGD is certainly not a done deal. No one has acquired 30,000 acres and no one will be in a position to be until the master development agreement is approved. Indications are really good, but these chicks have not hatched.

For now, the community is unsure whether the resort base will become an incorporated into the village limits or not. The study to determine this hasn’t even been started, because the Master Development Agreement has been finished.

What stands in the way? A few things. Most municipalities don’t expand their limits because the risks are too high. In fact, a previous council denied Canoe Mountain’s request to become a part of the village proper via a satellite expansion because of the risks.

I would gently venture that this may be the difference between a resort that makes money and does not.

So there is no done deal, just great potential.

It is great to get excited about a potential development, but heed these words: be careful. If you can afford to lose your investment, go forth and have fun, but many folks have been burned here before.

If the project isn’t incremental, thoughtful about local values, considerate of the residents, and deeply transparent, then local partners, including First Nations, could temper their support… or even revoke it. That could easily slow down or kill the project. We don’t want that. 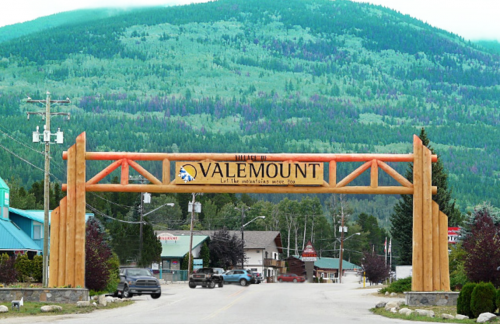 I have promised a market tip as salacious as PowderCanada.com’s VGD 30,000 acre leak, and here it is. If you like those winter sports done in 18 feet of champagne powder, summertime hiking and camping in mountains more beautiful than the national park next door, if you want a community that is open, accepting and progressive, and you desire locally hand crafted beers and fresh baked bread, and you love the little things in life like a well made cup of coffee, schools that are exceptional, health care that cares and a life that means something, I’ve got at stock tip for you: Move to Valemount.

By Andru McCracken, Mayor of Valemount (until November’s end, 2014)