Avalanche Engineers is the story of two scientists who delve deep into the mysteries of the snowpack to find out how a snowflake becomes an avalanche. Filmed in Bozeman, Montana, this mini-doc takes you on a journey from the micro intricacies of snowflake structure to the massive mountainsides where this force of nature reigns. 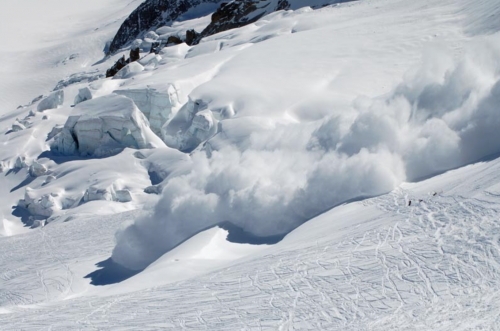 “We’re really just trying to understand the fundamental process that causes a slope to fail in an avalanche in the first place,” says Tony Lebaron, a PhD Candidate in Applied Mechanics at Montana State University, Bozeman. “No one really knows what happens at a microstructural level.” So at MSU’s subzero lab, Lebaron and David Walters, another PhD candidate, are constructing avalanches in hyper-controlled environments to analyze propagation and microstructure. “In the lab here, we can see everything that’s happen,” Walters says, “We really see the whole story.” Filmmaker Abby Kent tells their whole story in Avalanche Engineers, a Kickstarter-backed mini documentary on Walter’s and Lebaron’s research.