Imagine if there were zero avalanche deaths each year—on average, that would mean 28 lives saved in the United States. A group of avalanche safety professionals is making bold attempts to drastically reduce avalanche fatalities in this country and to get there, they’re looking in an unlikely place: a Swedish automobile law from the 1990s.

In 1997, the Swedish Parliament approved a law called Vision Zero, which called for a complete shift in road planning, driver behavior, law enforcement and car manufacturing with the hopes of reaching zero automobile deaths by 2020. Shockingly, the plan is working.

Just 264 people died in Sweden in car accidents in 2013, a record low for the country, one of the lowest rates per capita in the world and down from more than 1,000 in the 1960s because of this all-in approach. And while the annual average of 28 avalanche deaths isn’t a huge number compared to automobile deaths (which total 33,000 each year in this country), it’s large given the population size of backcountry users. 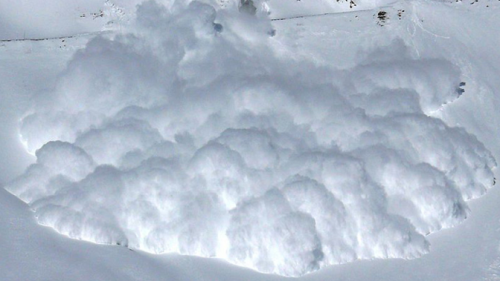 So in September 2012, Dale Atkins, then president of the American Avalanche Association, stood in front of a room of avalanche professionals at the International Snow Science Workshop in Anchorage, Alaska and proposed that the same principles of Sweden’s Vision Zero be applied to avalanche fatalities. “The traditional approach to road safety and the avalanche world, is, ‘What can we do?’” Atkins said in front of the crowd. “Vision Zero is a step beyond that. Instead, it’s asking, ‘What else can we do?’”

In his talk, Atkins suggested that the industry change its conventional thinking about avalanche deaths—that they’re typically a result of the skier or rider’s decision making—and instead commit to changing the entire system. His proposal required a shared responsibility among forecasters, gear manufacturers, land managers, ski resorts, rescuers, educators and, of course, the backcountry users themselves.

His radical idea received mixed reviews. Some in the audience that day said zero deaths would never be possible, that it was a completely unrealistic goal. Atkins says that’s missing the point. “Some people see it as totally impossible, that it’s not worth doing,” he says now. “But this is a vision, a mindset—it’s not just a hard number.”

The idea gained traction, but slowly. In January 2013, Tom Murphy, Operations Director for the American Institute for Avalanche Research and Education (AIARE), gave a minimally attended talk at the annual SnowSports Industries of America trade show in Denver. He presented what he called Project Zero—modeled after Sweden’s plan and inspired by Atkins’s talk—which aimed to cut avalanche deaths in the U.S. to zero by 2025. Now, Murphy says their goal is just to drastically reduce the number of deaths. Zero is likely an unattainable number, he admits.

“We want to create a new normal,” Murphy says. “Currently the thinking is, ‘I have my beacon, shovel, probe. Let’s go.’ We need people to be thinking, ‘I have my gear, what’s the avalanche problem today and how do we avoid it?’ That will require a systemic change. And all of the stakeholders—the users, enforcers, rescuers, designers—will need to work together to promote it.”

Change this profound doesn’t come quickly. Or cheaply. The original budget for the first two phases of Project Zero was slated at $91,000. A year into the project, there was little momentum and basically no funding. “We have an excellent foundation, but we’ve depleted what money we have,” Murphy says. “The next step is to get the industry more involved financially. Right now, it’s one of those grassroots projects that doesn’t have money or support it needs.”

To create a paradigm shift, you have to take a first step. So in the winter of 2014, AIARE hired a researcher to conduct focus groups on backcountry users around the country to analyze their decision-making process. The findings of those studies? “Information does not lead to action. Humans are not rational and most of the decisions backcountry users are making are emotional,” says Randi Kruse, the research consultant who conducted the study. “Much of the education gets lost, so we need to figure out a way to simplify the message and change the new social norm.”

With research findings suggesting that skiers and riders were listening to their peers more than educators or forecasters, AIARE launched an experimental social media campaign last winter, in which people shared their backcountry protocol through a video contest called Know the Snow. Only around 40 people submitted videos, and Murphy admits the contest needed more large-scale exposure to make a significant impact. “Now we need to work on getting these videos out there to the audience at large,” Murphy says.

They also need to work on getting industry stakeholders on board, raising more money and creating a unified message that everyone from backcountry equipment manufacturers to resort marketing staffs can get behind. Backcountry skiing and snowboarding is the fastest growing sector in the snowsports, and while manufacturers say that growth is great for business, they also need to expand the market responsibly.

“A lot of backcountry gear sales are happening over the Internet, which means you don’t get the education you would if you walked into a store,” says Bruce Edgerly, the vice president of marketing for gear-maker Backcountry Access, a partner of Project Zero. “Right now, everyone from ski companies to avalanche forecasters have their own message and none of them really match. The idea is if everyone used the same terminology, maybe the message would get through cleaner and more efficiently.”

Edgerly says Project Zero may be the solution they’ve been looking for. “If our goal is zero growth in avalanche fatalities, that’s an achievable one,” he says. “If backcountry use continues to grow but fatalities do not, that would be a good thing.”

Project Zero will continue to evolve this winter and beyond. Its end goal is perhaps less important than the changes the initiative makes along the way. “Are we ever going to get to zero fatalities?” Atkins asks. “Probably not, but we can make big progress toward that.”

Progress, Atkins admits, takes time. “It’s going to be a long process,” he says. “This isn’t something you can knock out in a season.”