Canadian skiers and snowboarders racked up a dozen medals during the Sochi Games, nearly half of the 25 medals won by Canadian athletes. They also took home four of Canada’s 10 gold medals. All that helped Canada rank fourth in the overall medal count, and third in the gold-medal count, just ahead of the U.S. 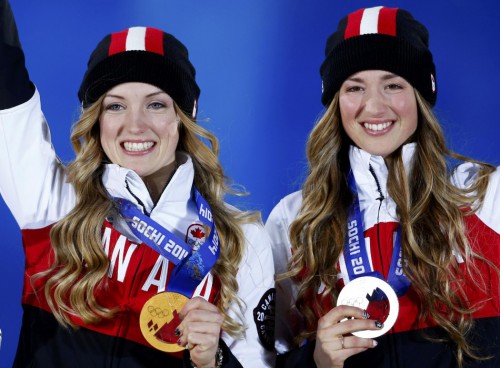 Canadians skiers also dominated the new women’s slopestyle and skicross events. They took gold and silver in women’s skicross (Marielle Thompson and Kelsey Serwa), and both gold and bronze in women’s ski slopestyle (Dara Howell and Kim Lamarre). Not to be outdone, Mike Riddle won silver in men’s ski halfpipe.

Among the single-plankers, Dominique Maltais won silver in women’s snowboardcross, and Mark McMorris, despite a few broken ribs, got the bronze in snowboarding slopestyle.