Dynafit Introduces the Radical 2 and Beast 14

2014 is a year to celebrate: The Low Tech frameless binding system turns 30 years old. In addition to the outstanding success of the touring bindings, ski touring specialist DYNAFIT and binding inventor Fritz Barthel are also celebrating their longtime partnership. As part of the celebration and to underscore its expertise in the binding segment, DYNAFIT will introduce the new Radical 2 model three decades after the invention of the frameless system. With this new model, the development team has succeeded in taking a significant forward step in safety and comfort. The Beast concept also enters the next phase with a din 14 freeride solution. 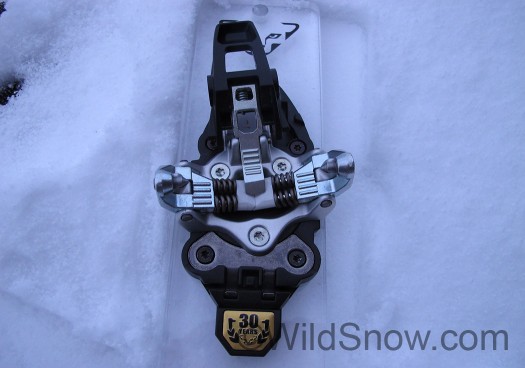 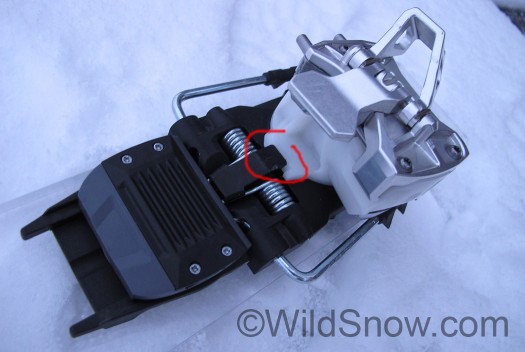 In 1984, Austrian Fritz Barthel had his patent approved for the system that years later became a groundbreaking and globally recognized invention. Created in a basement workshop in Bad Häring, Tyrol, the Low Tech frameless binding system rose to become a symbol of the athletic, alpine activity of ski touring. DYNAFIT has developed and sold the system since 1989. Ever since then, the company has had a special partnership and friendship with Barthel.

After climbing Mont Blanc in the early ‘80s, the mechanical engineer decided his gear was too heavy. That’s when he started to ponder a totally new binding construction: “The heavy frame of the binding had to be replaced by the boot if you really wanted to save weight – weight that had to be carried along with every step.” Thirty years later, his first idea has established itself as the leading binding system in the sport of ski touring. Fritz Barthel looks back fondly on his early ingenuity: “Laziness is the mother of invention.”

And the Beast binding continues, expanding the collection in the category of Freeride Touring, introducing the Beast 14 for next winter. The Beast binding addresses athletic, passionate Freeriders who seek a binding for every discipline and every terrain. The frameless system will now be combined with more strength up to a Release Value of 14. 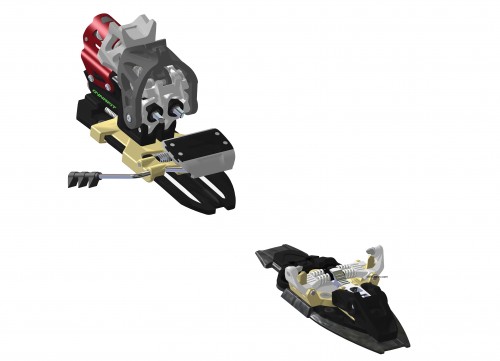 The Beast concept enters the next phase: The stimulus for this development is an ever growing target group that demands a freeride binding that combines comfort on the climb and performance on the descent. Weighing in at 795 grams / 1 lb 12 oz, the Beast is closer to being a climbing binding, yet still offers all of the characteristics of a sturdy freeride binding. The frameless system is equipped with a rotating toe piece, which is constructed to ensure a constant release value and to resist early release from side impacts. The heel unit takes on the technology of the Beast 16 binding, which releases at both the toe piece and heel unit.

When it comes to the ride, developers Frederik Andersson, who is a former professional freerider, and Banff professional skier Eric „Hoji“ Hjorleifson have realized their ideas: low stand height with 16 mm in the front and 23 mm in the back, as well as a lean angle of 6 mm. A low lean angle improves neutral ski performance and makes skiing easier on difficult terrain. In addition, the two professional athletes see both a binding’s torsional stability and high energy absorption as key criteria of a freeride binding. Thus, they have incorporated these characteristics into the development of the Beast 14.