A variable and complex snowpack

On December 20 there was a fatal accident near Golden in the Purcell Mountains. Last weekend, across the valley and a little to the north, there was another accident: several people involved, two caught, one carried hundreds of metres, serious injury. Yesterday, just north of the last one: several people caught, one fully buried, one carried several hundred metres resulting in serious injuries.

All three appear to have failed on a weak layer deep in the snowpack that’s been lying dormant for some time—possibly from as early as October. Both of the last two incidents were large size three or even size four avalanches. I suspect the size of these avalanches caught both parties by surprise when they failed over a much larger area than expected on deeply buried weak layers.

In the forecasting office here in Revelstoke, at the cat-skiing lodge where I work as a guide, and in the avalanche business in general the discussion right now is all about how the snowpack is variable and complex. The season start was, quite frankly, lame in most areas. Weak, shallow snowpacks were widespread in the fall and several potentially critical avalanche layers formed in late October and early November. Most areas haven’t seen much action on these layers because there just hasn’t been much snow over top of them. But now—the times they are a-changing.

Here’s a quick take on how I see the early-season transitioning into winter right now. In the Northwest Coast Mountains the storms have been steady and the early season weaknesses have probably largely cleaned out and you’re looking at a pretty decent winter with ongoing storm slab-slab and wind-slab problems—nothing to scoff at, especially in some of the big terrain you’ve got up there. The NW Inland, White Pass, North Rockies, and Cariboos have been getting snow recently. I know that the North Rockies and Cariboos were seeing significant avalanche activity—some of it big (size three) and failing deep in the snowpack—sound familiar? Possibly something similar farther north and west? I think the natural cycle up there is over for now but I bet there’s a bunch of lingering slopes that didn’t go during the last storm that are just waiting for the next snowfall, wind event, sledder, or skier to come along. 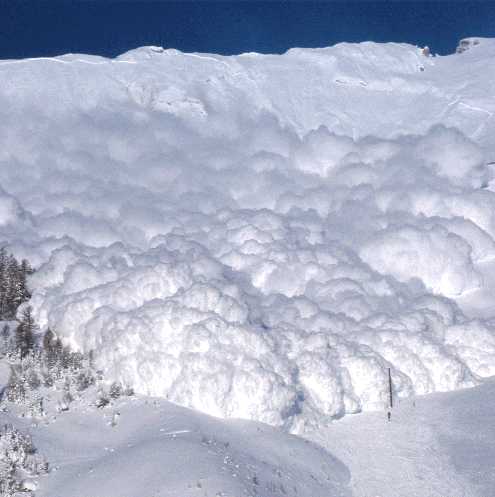 A little farther south, there’s less new snow so we haven’t seen as much recent natural activity as has been happening farther north but as the incidents near Golden show us, the potential is there for things to go big with a human trigger like a skier or a sledder. While the pack gets better as you come west in the Selkirks and Monashees, I’d still be darn suspicious where the snowpack is shallow or variable in depth, especially where there’s been a bit more snow (read where the riding is probably best…) or wind.

Along the border and in the south-east corner they’ve got much the same layers as everyone else but they’re still waiting for the bigger dump that might put these layers on or over the edge. And in the South Coast Mountains there’s a very thin, very weak early season snowpack that’s pretty unusual for this area. When the Sea to Sky and South Coast Inland regions finally get a decent storm they’ll have a very un-coast-like problem of sugary facet snow near the ground, weak layers in the mid-pack, and a slab of storm snow over top. Consider calling up your friends in the Rockies and asking for advice when that happens.

Combined with a lame start, a complex and variable snowpack, and several potential critical layers deep in the pack some of which are at or near the tipping point there’s a number of human factors that make me worry that the pattern I’m seeing in Golden might continue and in fact, might be a precursor for other areas. People are likely to be drawn into the mountains by the new snow that’s freshened things up in many places over the last few days. Folks will be happy to find easier travelling conditions because of the warm temperatures, which have settled the snowpack making it more supportive. We’re near the end of the holidays and we’re all hungry to get that last hit of great riding before heading back to work or school. And I know people are travelling from their home regions (like the Coast) where there’s not very good conditions, to other places (like Revelstoke) where they hope to find better riding, putting them in a position where they don’t have local knowledge and may not be familiar with the terrain and a different climate.

Finally, there’s a storm forecast for tomorrow that looks like it might be the one that finally hits a bunch of places that haven’t seen much snow lately. The central Columbias and parts of the South Coast look like they might get 20-30cm starting Thursday sometime with continuing warm temperatures and wind and perhaps another 10 in some areas Friday. The South Rockies look drier, as does the border region but keep your eye open down there in case this thing goes farther south than expected.

Bottom line? This is not a time to let your fun-meter over-ride your smart-meter. Remember that under the new snow that is pulling you into larger, steeper, more complex terrain lies a complex and variable snowpack in many parts of most regions. Don’t be the next statistic. Stay on smaller, simpler, well supported terrain where you can have fun with reduced risk if something unexpected should occur. We live in hope that the winter will come around but some years you just have to put away the idea of riding those big lines completely and wait for a better season—this winter might just be one of those times.