I read in the New York Times the other day, along with story about the uprising in the Ukraine and other such stuff, about what NOT to buy your spouse for Christmas. Wrinkle cream and vacuum cleaners topped the list. Seems reasonable. The problem is that manufacturers of black-listed items felt that they were missing out on the seasonal flow of money, so they have initiated a campaign to encourage YOU to buy Christmas presents for YOURSELF. Skis were NOT on the black-list, but the chances are low that my sweet wife, Nina, is going to buy me new skis, so I took the manufacturers’ advice and hustled up myself a new pair of K-2 SHREDITORs. (Note that to call a person “a shredder” is now OH! so Old School. He or she is a SHREDITOR.)

So I took them out today in the slack country north my home ski hill, Fernie Alpine Resort. The snow was a little tricky; about 6 cm of new on top of an inconsistent soft slab. “No worries” said my new skis. With 112 mm underfoot, early rise, and magic engineering, we floated, carved and danced. I dropped into a gulley to give them a run for their money. It’s early season and the gullies are tight, so I pulled out onto the sidewall to spill some speed. Punched through the slab and pulled some snow loose while I was in that awkward, off balance side-wall, position, where there are two fall lines and no proper body position. But my SHREDITORs rose out of the muck like Moby Dick coming up for air. We made the turn seamlessly and dropped into the gulley bottom for the run-out.

So on the skin track back up, I tried to remember, “What was life like, yesterday, before my new skis?” I guess I thought my life was okay then, but now I know that it was less than it could have been. Thinking about the past, I reflected on skiing in yesteryear. In 2004, my friend Misha and I were skiing across the Siberian tundra when we met a Koryak skier traveling from one reindeer camp to another. Caribou skin mukluks, two skis of different colors and different lengths, a strip of caribou skin for bindings, and a stick for a pole. He was pretty happy, but I wouldn’t trade places with him. 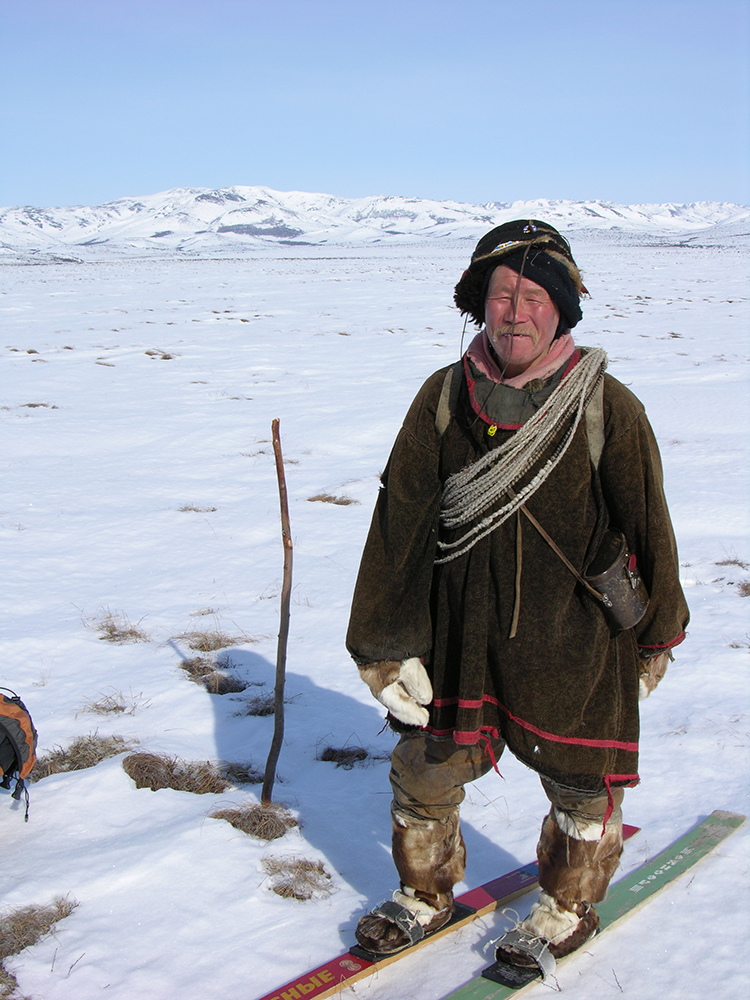 But now here’s one that’s a little more intriguing. In this month’s National Geographic, journalist Mark Jenkins reports on a ski trip with central Asian nomads in the Altai Mountains. They were elk hunting in deep snow with a lasso and a knife, but no gun, or bow. Their skis were hand made from a spruce log, and incidentally, had loads of early rise. Bindings again were strips of leather and ski boots were whatever they were wearing anyway. So they followed a ridge, positioning themselves above an elk herd, then dropped “through thick timber, crashed through brush, and leaped insanely off snow covered boulders, flying 20 feet in the air” and then lassoed the elk. Now that sounds fun, partly because of, not despite, the funky gear.

Actually, in my mind, the all-time greatest winter sport is mammoth hunting. If I could find some guys who would show me how to tie a sharp rock on the end of a long stick, and take me out on the Siberian steppe to spear a wooly mammoth with my pals, I think that I would find that exciting enough to trade in my high-tech skis. But until that happens, I’m going to stick to the newest magic engineering I can find and go out tomorrow to attempt some SHREDITORAMBULATIONING. 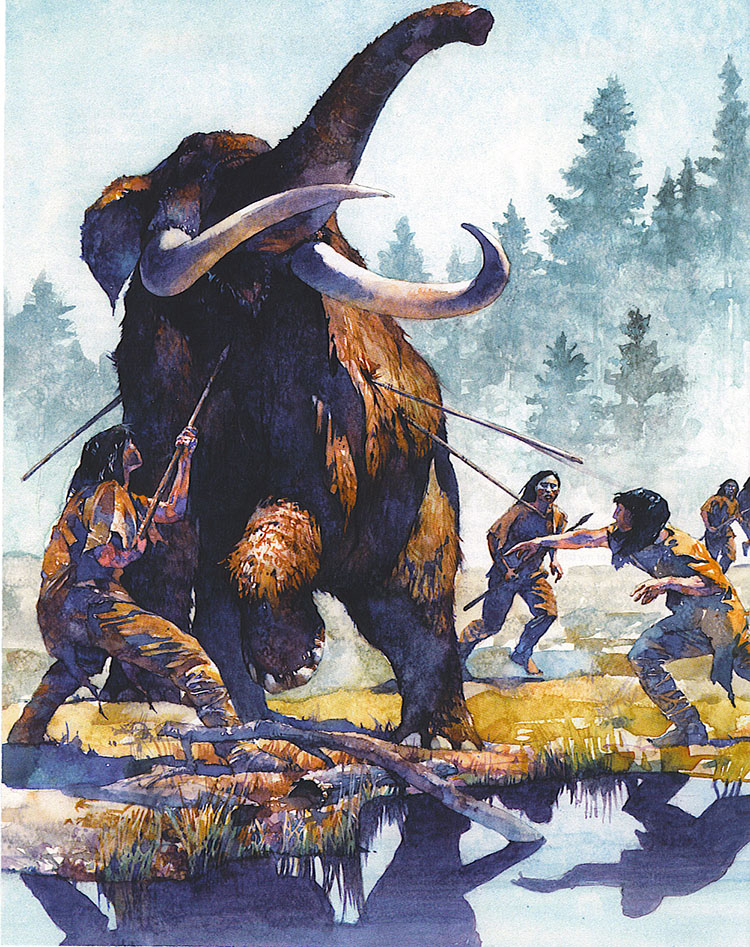