Well, it’s that time of year again. The Dark Time for those of us who live in the north. Thanksgiving for the Americans. Get-Ready-to-Sell-Shit-Time for retailers. My birthday. And oh, yes, just so I don’t forget, ski season for the addicted. I’m a late bloomer but a dedicated finisher in the ski world. I moved to a ski area (Telluride) and started to take skiing seriously, when I was 30 years old. But… I’ve been at it ever since. That’s 38 years, subtract one season for an expedition to Cape Horn and one for an injury, which gives me 36 ski bum years.

During that time, my closest brush with a real, honest-to-goodness steady job was a gig for an outfit in San Diego. They wanted me to write science textbooks for junior-high and elementary students. It was very well paid, and I could work remotely, but it was a nose-to-the-grindstone gig. I had to turn out books at an alarmingly rapid rate. Scary really.

Anyway, I came out of the gate with a flying start. Then I wrote something that was academically interesting and scientifically accurate, but was likely to offend creationist watchdog groups in the United States that wielded a lot of power in the purchase of textbooks. 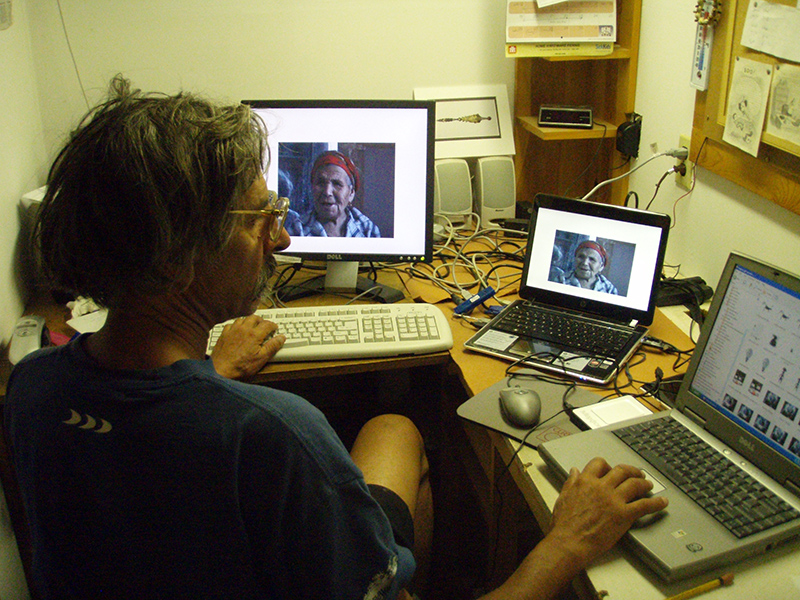 I got called into the main office, which was like being told I had to go see the principal. I had two bosses: a skinny guy whose name I have forgotten because in my mind I always called him Mr. Poker-Up-The-Butt. The other boss was an older woman, also skinny, named Sylvia. Sylvia told me to remove a few paragraphs. I said no. We haggled. Got nowhere. Then we took a break for lunch. I ordered lobster bisque. Mr. Poker said very calmly, “Jon. I am very rich. You know why I am rich? Because I always – always – do as I am told. Now, I am your boss. I am telling you to remove those paragraphs.”

I felt an instant need grasp the table, just to grip something solid before I said THE WRONG THING. But in grasping the table, I inadvertently hit the spoon that was in the soup, and catapulted a huge slimy glob of lobster bisque, like a giant booger, into the air. As we all watched, it sailed through its predetermined arc and landed – splat – on Sylvia’s left tit.

There are some women in the world who can handle this sort of thing. Turn it into a joke. Laugh. Use it as an excuse to start a good old fashioned food fight, right there in a fancy restaurant. Sylvia was not one of those women. I got fired.

So now I am a “ski bum”. The word “bum” has all sorts of nasty connotations, implying that I am not doing anything useful for society. But actually I am pretty darn useful. I’m writing this column for PowderCanada, which advertises all kinds of stuff, which boosts the Gross Domestic Product throughout Canada, one of the largest consumer markets in the world. So there.

Only, when my boss calls me, it’s usually because he’s asking me to go skiing, not to chastise me for saying something politically inappropriate. And if we did go out to dinner and I happened to wing a booger of lobster bisque his way, we would all have a good laugh.

Right now, I’m writing a book about living life by changing the game. If you don’t like some aspect of your life, don’t fight against overwhelming odds. Change the game. Make up new rules. Find or invent a playing field that suits your temperament. Like becoming a ski bum. As individuals, or as societies, it’s the only way to find clarity in this totally mad, internet crazed, oil soaked world.

It’s all a bunch of words. This morning, on the way to skiing, we watched frozen fog lift off the river. And we already have enough snow in the backcountry around Fernie to create smooth undulating curves over the landscape. To me, snow is very feminine, because of all those soft curves. Something The Mother Goddess sends to us to brighten up The Dark Time.