The Best Powder Quotes Ever

Les Anthony is Canada’s quintessential powder skiing journalist. He has scribed more powder skiing tales than anybody—including a stint as Powder Magazines Senior Editor and he published a book titled The White Planet, a must read for any powder skier. Les has exhibited extraordinary dedication and creativity in the travel writers trade of describing powder skiing, so when Les quotes “the best powder quotes ever” we must absorb! 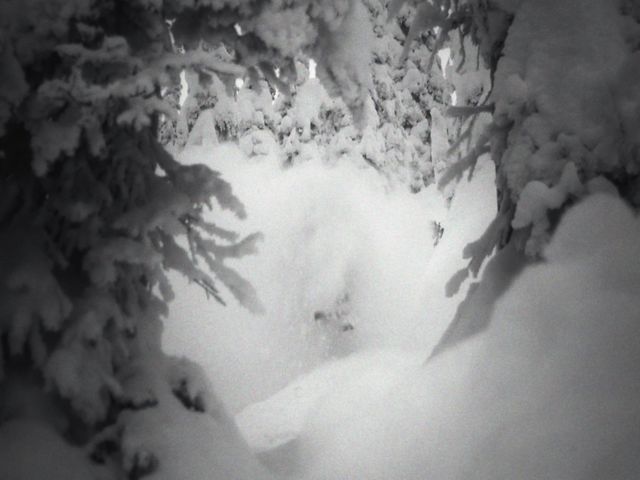 Writing about powder skiing is a never-ending exercise in trying to get it just right. Over the years I’ve come across a few efforts from other people that have, in my mind, nailed it. Rather than make me quit trying, however, I just read them over again every once in a while for inspiration. Here are four of my favorites:

The true skier does not follow where others lead. He is not confined to a piste. He is an artist who creates a lovely pattern from virgin and uncorrupted snow. What marble is to the sculptor, so is a ridge covered in powder to the true skier. Snow whose beauty has been destroyed by a multitude of piste skiers does not record the passage of another. Only soft snow records the movements of individual skiers, and it is only in soft snow that the real artist can express himself. — Arnold Lunn, The Mountains of Youth, 1925

Powder skiing…is…the finest variety of skiing there is. To us powder means freedom, with an emphasis, not on how you do it, just doing it more…it is beyond equipment, form, all the dos and don’ts of ski instruction. Perhaps more important, powder skiing means getting away from the crowd to a place where there are no lines, no lift towers, no snow fences, no bodies in the way. Just snow. It’s another world. — Powder magazine, introduction to the first issue, 1972

One can never be bored by powder skiing because it is a special gift of the relationship between earth and sky. It only comes in sufficient amounts in particular places, at certain times on this earth; it lasts only a limited amount of time before sun or wind changes it. People devote their lives to it for the pleasure of being so purely played by gravity and snow. — Dolores LaChapelle, Earth Wisdom, 1978

There is an experience of “nothing” when skiing powder. But the idea of nothingness in our culture is frightening, and we have no words for it. However, in Chinese Taosit thought, it’s called “the fullness of the void” out of which all things come. My experiences with powder snow gave me the first glimmerings of the further possibilities of mind. — Dolores LaChapelle, Deep Powder Snow: 40 Years of Ecstatic Skiing, Avalanches, and Earth Wisdom, 1993