Powder CanadaPowder NewsNewsNationwide Strikes When it Snows 20cm or More

Nationwide Strikes When it Snows 20cm or More

Tired of hearing about other people’s revolutions in Africa, the Middle East or New York City? Here’s how a mere skier can create their own revolt against Babylon System without wasting time taking to the streets or even casting a rigged electronic vote for Ron Paul. Brought to you by the PIA (Ptor’s Intelligence Agency), here’s the latest way to work up a massive gob of spit to put the fire out in Sauron’s big ol’ evil eyeball. 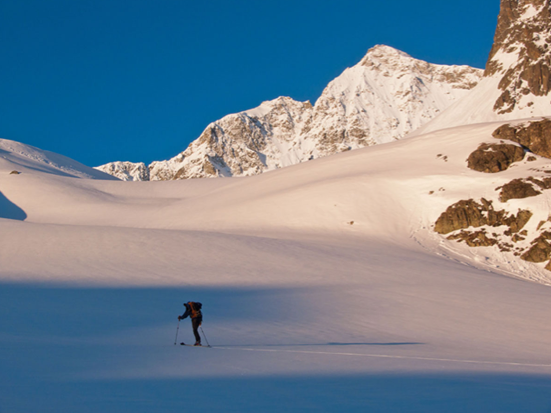 Occupy ‘The Moment’ : The here and now is the greatest place on earth, but hardly anybody is there anymore, especially when riding up a chairlift or gondola. Throw away your ‘dumb’ phones and de-friend everybody before permanantly closing your Twitbook™ account so you can camp out in the here and now.

The result? You might notice what the nice people around you are saying or take in some nature or heaven forbid you get to know….yourself. If you don’t immediately spew about how good it is where you are, there will be less tracks.

Really, the world goes on wonderfully even if you don’t know what everyone is doing. Put energy into your surroundings and not the digital netherworld. If we have strong communities, then ‘divide and conquer’ and ‘problem-reaction-solution’ tactics used by satanic paedophile globalists will never succeed. The only benefit of it might be to keep tabs on and control those unruly rich bastards that pay for wars and such crap. Otherwise, you might even notice that everyone is infinitely interconnected anyways.

Free the Male Thigh: Kept in solitary confinement for years due to a ridiculous homophobic board sport fashion industry, the liberation of the male thigh is due. This is an especially important issue with the inevitable warm spring weather and the actual time to wear shorts. The time is right for skiers to break through this crossover conspiracy from Illuminati owned mega-corp surf brands that have abused women’s rights by ‘burka-cizing’ the largest muscle on the male body. Benefits include increased vitamin D production, less zits, and the hair not wearing off on your knees, Do not worry, if your shorts end before your knees, you are not gay, it actually feels great and women love it.

It’s also time to leave the ball cap behind. Monsanto is definitely behind this push so that they can save money by cutting back on the chemicals they use to induce premature male baldness. Also, then maybe modern pro riders could be distinguishable.

In terms of skier fashion rebellion, we should bring back tight black wool pants and sweaters. Natural fibers, no more petroleum based baggy ‘skittle kids’ uniforms. I don’t mean tight like spandex, just nicely form fitting. The drag effect of baggy clothing will also be reduced, allowing skier to go much faster than previously known, therefore approaching closer to the speed of light and moving more slowly in time thereby increasing one’s lifespan

Abolish Unauthorized Ski-Surveilance: Put your GoPro in a blender. Unless you are actually being filmed by someone with a real camera and will mix your GoPro footage into something nice, give it up. There is nothing worse than watching GoPro edits, even by ‘real’ pro skiers and nothing more terrifying than the future ability to live stream your ski day. This will destroy skiing.

Think of all the free time you would have when you’re not constantly downloading and editing every bleeding run you do. Ski movies are good enough, we don’t need to see you. If you are a good enough skier to be sponsored, people will know anyways. Think of all the terabytes and petaflops of computing power that will be saved by not having to process hours of mind-numbingly boring GoPro footage. Who cares what you just skied anyways? 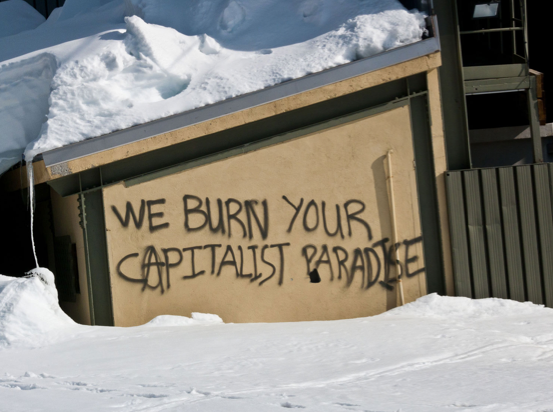 Nationwide Strikes When it Snows 20cm or More: There’s no better way to stick it to the man than to not show up for work and no classier way to do it than by skiing fresh powder. The bliss you generate will do more good for the world than your contribution to the ‘economy’. Besides, if the ‘economy’ suffers from you not showing up, they can just print more money. They do that whenever they want anyways, right?

If a skier is truly on it anyways, they’ll have a huge garden going and have the ‘free energy’ generator fired up so they won’t be worrying about having enough to pay the Rothschild’s privately owned central banks for the interest that their country owes from borrowing the money it uses.

Ski manufacturers are therefore urged to move well into the mountains so that their cooperative workforce can quickly resume operations when the staff returns when it stops snowing. i.e. SUMMER. The ski industry can completely avoid complications and have a continuance of commerce by just shutting down during the winter and work during the summer like any normal skier does.