I have a friend who is an engineer for Black Diamond, a well known company that makes technical gear for climbers and skiers. A number of years ago, I visited George in the product development laboratory where he had just built a simple machine to test carabiner design. The machine consisted of a small electric motor with a cam-shaped wheel on the shaft. Plug in the motor and the cam spun around, opening the carabiner gate, and then letting it snap shut, over and over again. If you click open the ‘biner enough times, eventually the spring will fail. So the designers at Black Diamond built a number of prototypes, with different spring sizes and strengths, and consequently different weights and costs, and tested them. They compared the failure results with the reasonable projected lifetime of a carabiner, given its use by a professional athlete who climbs X number of pitches, with Y number of gear placements, for Z number of years. The idea here, consistent with manufacturing protocol for everything from paper clips to rocket ships, is that you need to match weight and cost with expected longevity.

Nothing new or radical here.

Evolution operates in a manner analogous to the Black Diamond testing lab. During the long process of evolution, bodies of every species — cockroaches, elephants, and people included — evolved to perform the tasks required for survival and reproduction of young that will in turn survive. So….. People have bigger, stronger knees than a cockroach and smaller than an elephant. Again, nothing new or radical.

Now, here’s the rub. During the Stone Age, during 99.9 % of human existence on earth, when most of evolutionary development happened, people rarely lived past 40 years old. So….our knees, elbows, backs, hips, and ankles were designed to last that long. You get my drift. I’m 67 years old and I know a whole lot of geezers who still ski, climb, hike, ride mountain bikes, and so on. In fact, almost every geezer I know has worn out their bodies in some way — and been lucky enough to have had the original-issue, bone and cartilage, parts repaired or replaced with titanium and Teflon. It goes with the territory. 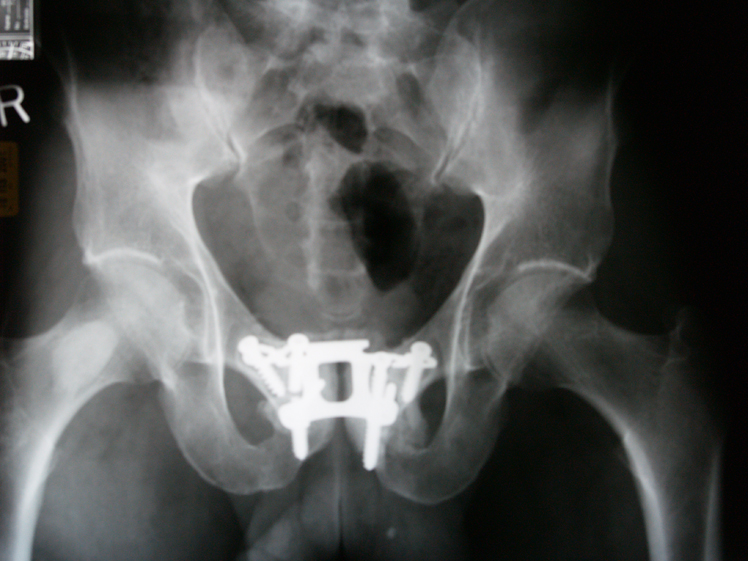 In a normal year, I’d still be skiing, but instead I am in Grand Junction, Colorado with my wife, Nina, being her buddy as she prepares for back surgery. As far as the doctors can surmise, she broke a bone in her lower back a long time ago, possibly when she fell off a horse when she was 15. Anyway, her back has been slowly slipping out of alignment for over 40 years until this winter, the vertebrae started pressing against nerves. Ouch.
She is now scheduled for surgery April 8. There is no other solution. She isn’t going to heal herself through spiritual alignment, diet, exercise, or anything else. Either she has the surgery or she quits skiing – and a lot of other things as well.

Wish her well, be well yourself, have a great summer, and we’ll all reconvene on the ski slopes (with Nina) next November.