My brain refuses to be present as I skin through the snow-covered forest. I am in my office, on the freeway, banging away at my computer, managed by other people’s rules, anywhere but here. Beautiful forest. Dumb brain. 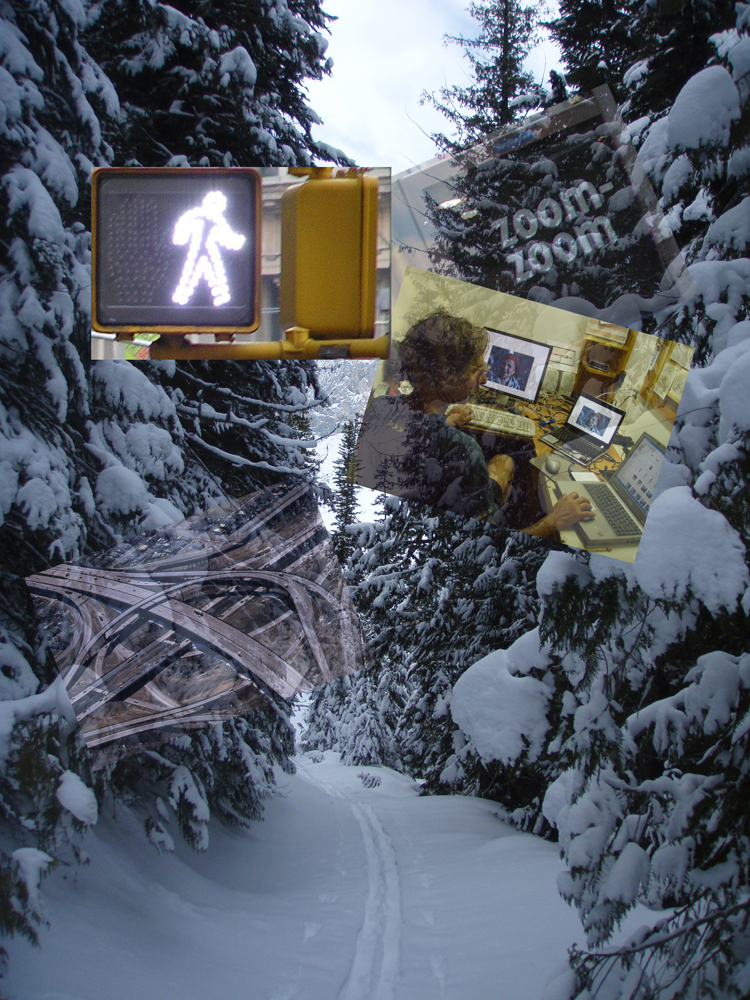 Two hours later I am at ridge top, cold and sweaty, tired and exhilarated, above the trees and beneath the sky, level with the ancient limestone cliffs. Finally, my mind has quieted down. 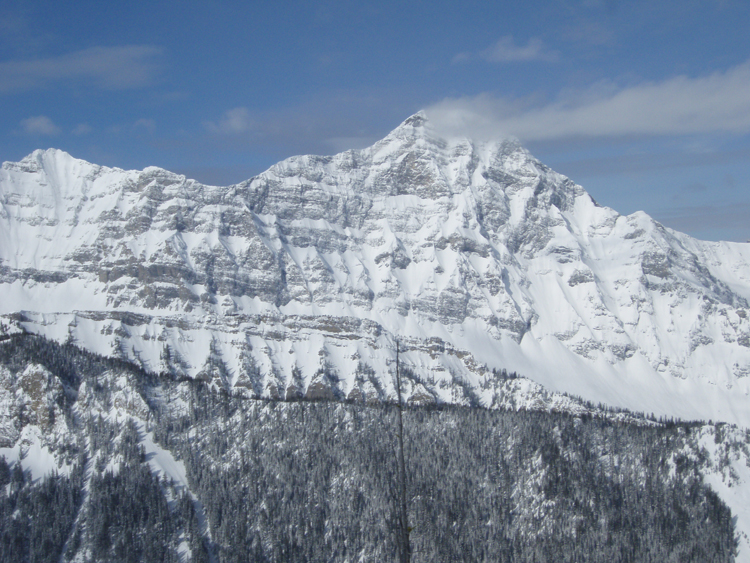 The gulley line below is steep enough, without being “way rad”, a classic hourglass, with a big fir right below the narrowest point of the neck. The snowpack is stable, but the surface is absolutely guaranteed to sluff. I can cut the snow beneath the cornice, let the sluff run, and then ski behind it, or I can jump in and race the sluff to the hourglass, dodge around the tree, and then open up my turns in the broadening gulley below.

My brain goes into overdrive, like the old grandmother it can sometimes be. “What if I get knocked off my feet, get washed into the fir, and break a femur. Let’s see now. I could crawl down to the creek bed, but I’d get wet crossing the creek……….”

I can do this. I’ve done it lots of times. People ski bigger lines than this puny piece-of-shit every day. People free-solo Half Dome, jump off of 100 foot waterfalls in their kayaks, do all sorts of stuff. I didn’t come here to “somehow get down the mountain”. I came here to ski it.

So I focus and point my skis into the fall line. And the rest is just bragging.

On the next day, — alone again – I am headed for a run called “Journey to the Center of the Earth.” Just before “Earth” there is a steeper, tighter line we call “Journey to the Center of Uranus.” It wasn’t on my game plan, but I step to the edge to have a look-see, anyway. For some reason that I can’t describe, Uranus scares the Be-Jesus out of me today. I don’t like the way it has collected the wind, and rolls steeply — unsupported — over that rock band.

But……I trace the imaginary ski-line anyway. And then reflect again at my fragility out here, amid the silence and the snow, the vastness and the cold. I jump on the cornice, but it is as solid as the surrounding cliffs, as if it were formed 550 million years ago in an ancient sea, before the dinosaurs, before fat skis, before everything. I step back. Inexplicably, almost imperceptibly, eerily, the snow settles, the cornice falls, and then with the soft sound of a gentle brush over auburn hair, a fracture races across the slope and the avalanche floats through space, beneath clouds of crystals that rise to dance rainbows into the sky.

As I said, the snowpack that week was considered to be stable; people were skiing big lines all over the local ranges. No incidents. No surprises.

Except for this one.

I wonder if my aloneness allowed me to focus an extra hair-breadth that, today, marked the difference between a good scare and a tragedy. Of course I’ll never know. Skiing alone is stupid and dangerous. The minimum number should be three. If one person is buried, there are two remaining to dig. If one person is hurt, there is one to administer first aid and one to run for help.

Recently a friend told me that people often call him an adrenaline junkie, but really he considered himself a focus junkie. It is all about the clarity.

Yes, skiing alone is stupid and dangerous. There is always some improbable but catastrophic event waiting to happen. I never claimed to be smart. Lucky, perhaps. Still alive, for certain. Still addicted to that glorious moment when there is no one else around for miles and miles. Danger, perhaps. Gravity, for certain. Just me and my skis, and that moment when everything is cleared out of my brain except that invisible line below me that I alone follow through the snow and the rock, into the forest below.