First In Canada to Open

Nakiska Ski Area will once again make history and, for the second season, be the first ski area in Canada to open, with an opening weekend of October 27 and 28th. 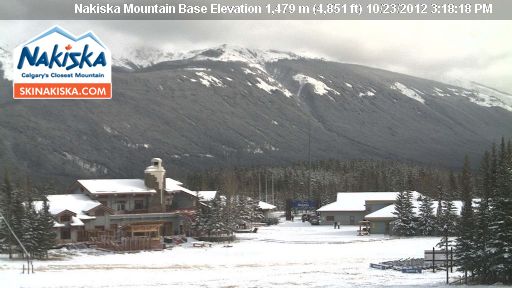 Snow has been falling in Western Canada for a few days and snopack in the Alpine is up to a meter. Nakiska has received moderate snowfall and has been making snow for a few days.

“We had an incredible winter last year, with near record snowfall and this winter has started off even bigger with more snow and an earlier opening date,” says Matt Mosteller, VP of Sales & Marketing at Resorts of the Canadian Rockies. “To have this much snow so early is such a great start to the ski season in the Canadian Rockies,” he continued.

The race to open has a winner!