John Eaves lead a very competitive freestyle skiing career, from 1977 to 1981, where he won six world titles for Canada, three in combined freestyle and three in his specialty: aerials. He is also know for his stunt work in the James Bond films that grew out of a relationship with German ski filmmaker and clothing mogul Willie Bogner. Eaves is sponsored by Bobner to this day some 30 years following his freestyle career.

Now Eaves has turned his attention to music and film. His band, the Blues Riders, play in numerous mountain towns and are a must if you have the chance to see them play. I caught up to them last year at Castle Mountain and their rock infused blues had the building bouncing! Eaves is on guitar on the LHS. 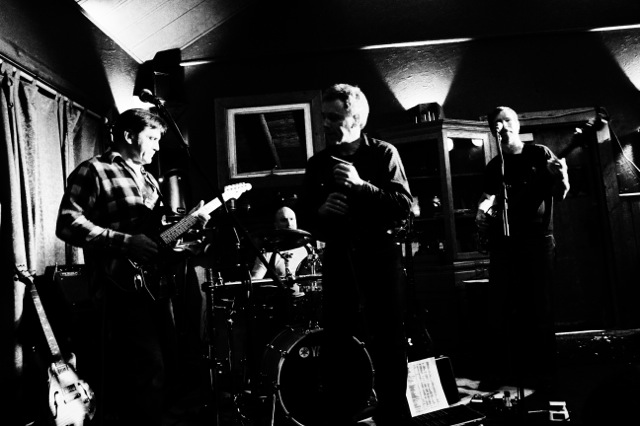 Eaves other passion is film making and here is his latest short film documenting a trip to CMH. John has this to say about the film, “I am at home editing the winters catch….well yes I feel like a fisherman who’s come home from a long winter at sea, the sea of Powder that is. It has been a truly amazing winter here in the Canadian West. This clip was shot Monday , January 23, with Francois Lafon, Tony Carel, Anjan Truffer and Fred Huser at CMH Monashees. It is self explanatory why I call it ” Faceshots”…enjoy!”