Life in a Ski Town

Recently, I was asked to give a talk at the high school in Darby, Montana, at the epicenter of one of the most politically right wing, tea party activist populations in the United States. “Oh Boy,” I thought, “No Prisoners.” So I prepared a thinly disguised version of Dr. Timothy Leary’s “Tune In, Turn On, Drop Out” mantra of the hippie era. The good doctor was careful to explain that drugs were not necessarily part of his advice. “Tune In to what’s really important, Turn On to your inner self, and Drop Out of all the bullshit.” (I expected to get tarred and feathered and run out of town on a rail, but actually they loved it.)

My attempt to abide by that creed has brought me to live ski towns, where for many, skiing is both what’s “really important” and the core of one’s “inner self.” But ski towns are more than skiing, of course. I’ve wintered in Fernie, BC for 19 years and my friends have a variety of jobs: carpenter, school teacher, doctor, meter reader, miner, chiropractor, and, oh yes, ski patrol, ski instructor, ski promotion, ski photographer, and adventure writer (that’s me)…… 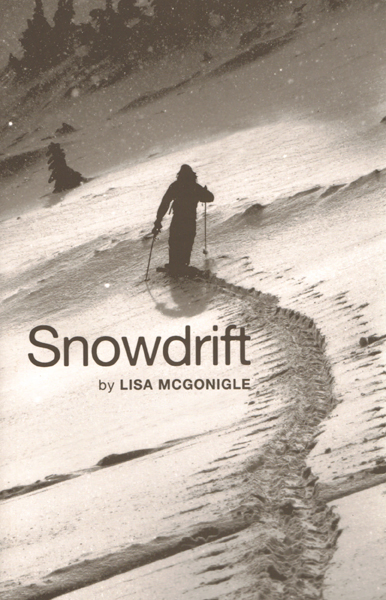 Two books came out of Fernie recently that describe life in a ski town. Snowdrift, (written by Lisa McGonigle and published by Oolichan Books) is a series of emails and letters home from a young academic who blew off a scholarship at Oxford and moved to snowy mountains because, “instead of a vague, unspecified dissatisfaction about the prospect of finishing my degree and then spending hours everyday stuck in the commuter crush whilst paying off an exorbitant mortgage…. I wanted to be a ski bum.” The book is a charming, delightful, frequently funny foray into a wide-eyed young adventurer’s rite-of-passage. If I have any criticism of Snowdrift, it’s like criticizing a crocodile for not being a rhinoceros. The book doesn’t give a balanced view of life in a ski town, but it was never intended to do that. Read it for what it is, and rejoice. 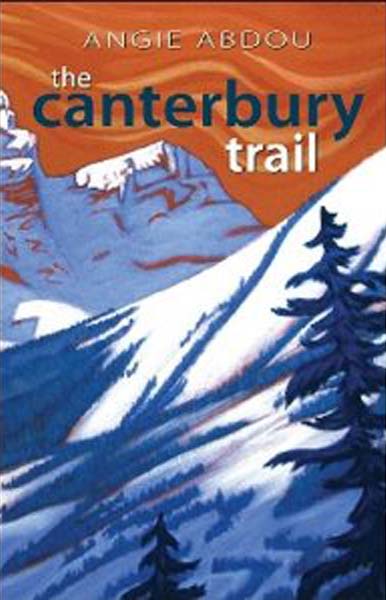 Angie Abdou is a long time Fernie resident and our much beloved novelist laureate. Her latest book, Canterbury Trail, (published by Brindle & Glass), with an obvious reference to the literature classic Canterbury Tales, is much more than a story about a ski town. Like all great novels, it is a “story of life” that just happens to be set in snowy mountains, with all the characters traipsing around on skis. We see what happens when a madman hermit, real estate developer, quintessential ski bum, vegetarian hippie, pregnant mom, and so on meet by chance in a back country cabin on a drunken, brawling, rowdy weekend during the biggest spring dump in recent memory. In a private communication, Angie emailed me, “I like thinking about the idea of pilgrimage and how it might manifest itself in contemporary culture. The backcountry ski tour is a type of pilgrimage: something that is a holiday but is granted higher significance. Chaucer used the pilgrimage to bring together people who wouldn’t normally interact in everyday life. Mountain towns lend themselves to that approach since we have the clear types which define themselves against each other.”

It’s a delightful, thought-provoking book and I recommend it highly. But, not to sound like a broken record, the true spirit of a ski town must be lived, whether you are a 23 year old college drop-out, or an old geezer like me. There’s over a meter of snow in the Canadian Rockies right now, most western ski hills are open, touring terrain is white, alders are beginning to fold over. Ski season is just beginning, and the time is now.

Jon Turk, along with his partner, Erik Boomer, have recently been nominated as National Geographic “Adventurer of the Year.” You can read about their recent expedition and vote for Jon and Erik once a day, every day, between now and January 18. http://adventure.nationalgeographic.com/adventure/adventurers-of-the-year/2012/vote/