Fernie is a Backcountry Paradise

The backcountry options in and around Fernie are endless. Despite my best efforts over the last 20 years or so I have yet to ski every line that I have scoped.

The last snowstorm that hit Fernie deposited 30-50cm of blower pow with even more on south faces. Followed by cold weather and complete bluebird conditions the conditions were prime to ski lines that are often not very skiable. 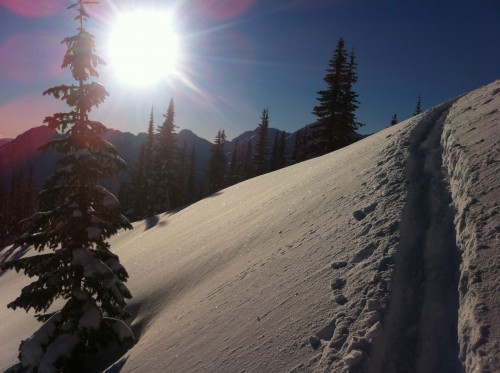 The first mountain that beckoned us was the front face of Mt. Procter. This is the mountain to the right of the Three Sisters.
We started the day with a noon thirty departure in true Kootenay style. Departing from the front door of my house in the Annex (who said ski in ski out was only on the resort!) we started to make our way up the newly built Swine Flu bike trail which provided an excellent touring route nearly half way up the mountain. 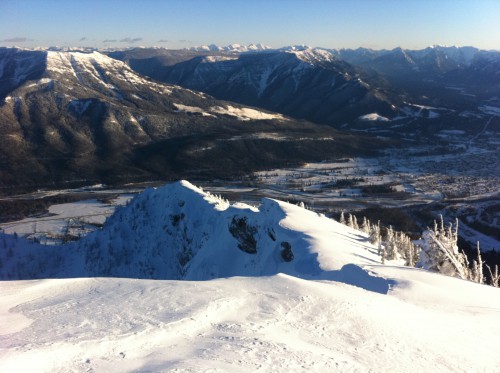 As we ascended the ridge amazing panorama’s were revealed as we could see all the back bowls of Mt. Fernie, the Three Sisters, Mt. Hosmer, Fernie and Morrissey Ridges and of course the Lizard Range. All surrounding Fernie town. The view itself was worth the walk. 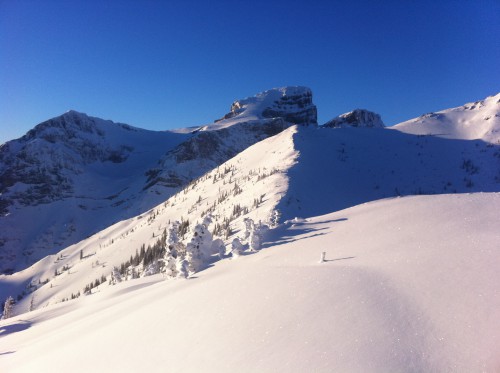 As we basked in the late afternoon sunshine atop Mt. Procter, preparing for our decent back to my house in the annex we noted the streetlights starting to come on in Fernie town. 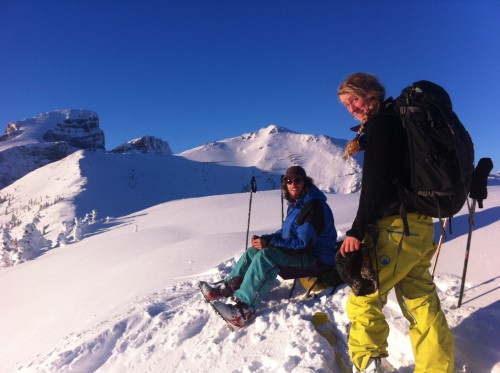 Descending through the alpine glades through blower pow as the bright orange sunset light began to disappear couldn’t have been a better way to finish off the first month of 2011. 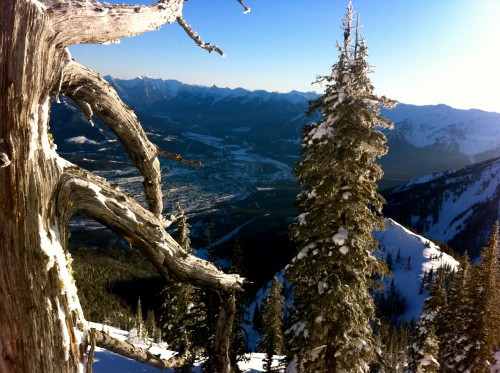 The next day we ascended Mt. Fernie. Approaching from Cedar Valley, up the moccasin trail we were nearly at the top of the ridge when we were forced to switch from skins to bootpacking as the slope was much too steep. 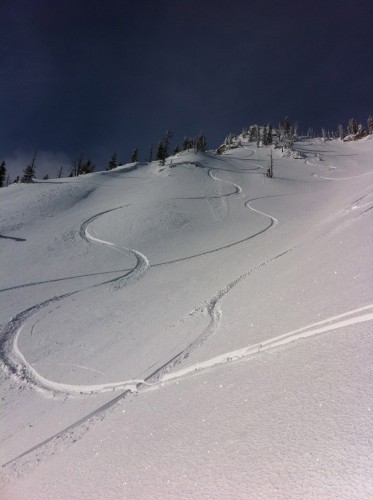 This bootpack turned into a multi sport session as we were forced to find handholds in the rocky ridges to avoid disappearing into the bottomless wind deposits beside them.

Again the views at the top were nearly worth the hike up. But the real reason we were up here lay below us. The chutes of Mount Fernie did not disappoint as we descended a few thousand feet to the valley floor through pow that continued to be blower. 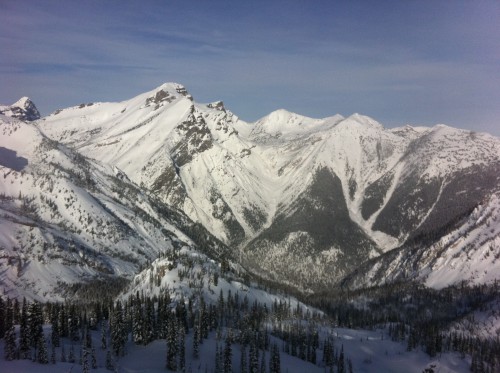 Having laid tracks on much of the lines we could see from our homes in town it was time to hop on the sleds and head into some backcountry a bit farther from town.

Lap after lap after lap of bottomless untracked pow all accessed without ever having to put the skins on was very welcome after a week of earning our turns on the mountains around Fernie.

As I write this on Sunday February 6th 2011 the clouds have returned and snow followed by cold bluebird conditions is in the forecast.  This could be another good week to ski some new lines around town.